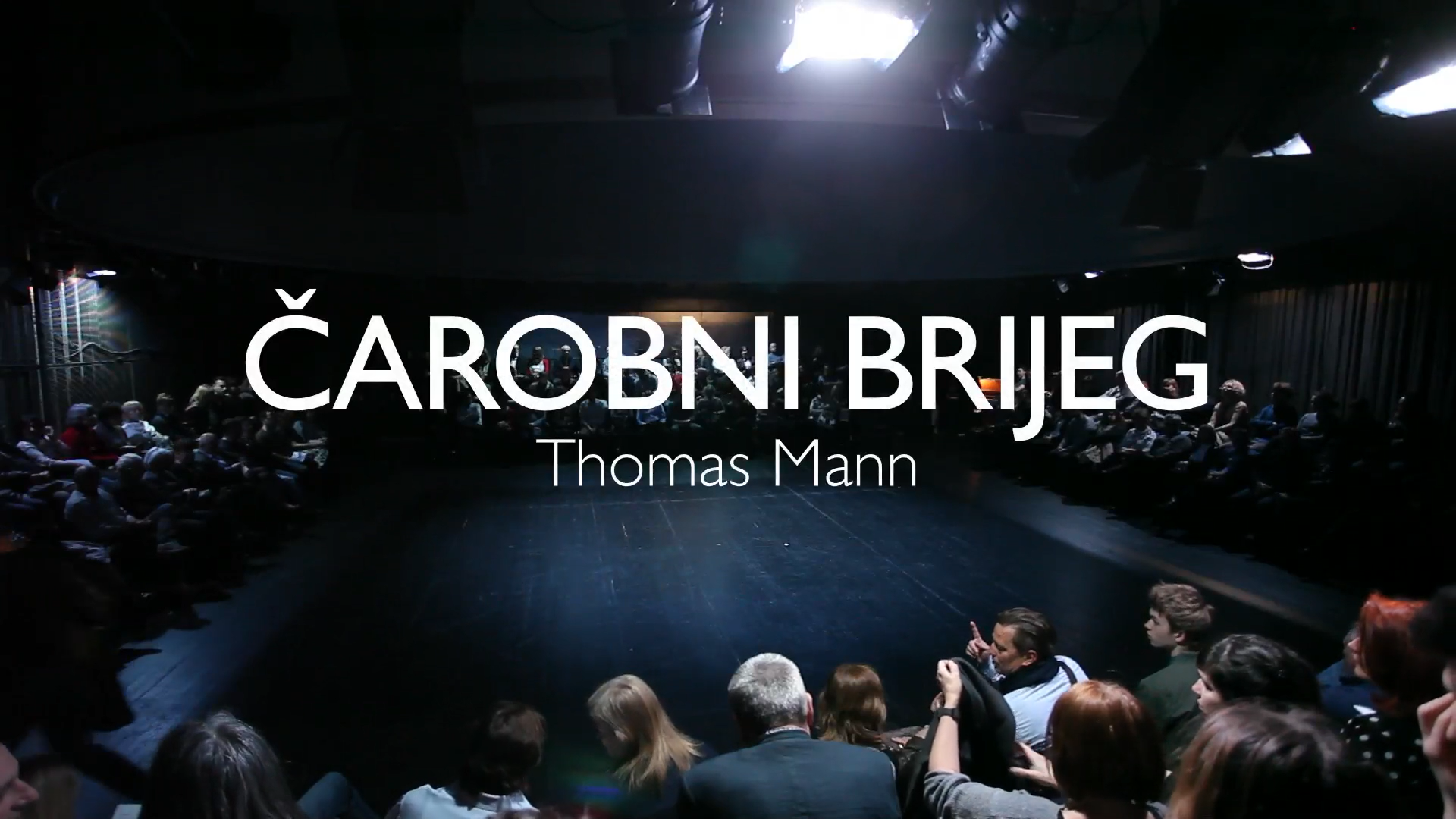 Following last week´s cancelling of Zement Premiere under the direction of Sebastijan Horvat, which would mark the very first production of Heinrich Müller´s text based on the novel by the same name by Fyodor Gladkov, ZKM still found a way to its faithful audience. Under the present situation of worldwide caution caused by Coronavirus and the immediate suspension of public gatherings of any kind, the blessings of digital transgression were put to good use since last night with Theater's greatly acclaimed play Der Zauberberg by Thomas Mann, from 2015.

It is hard to explain the magic mixture of First World´s War backlash and the vivid imagery presented in ZKM´s seemingly unlimited space. Truly, in the past couple of years Theatre may boast well with its directorial visual uttered through space and dramaturgy as a richly textured orchestration of performance. Following the arrival of the young Hans Castorp (Adrian Pezdirc) to the sanatorium for lung diseases at Davos, we are almost immediately confronted with a kind of ancient imagery of the world. Luminous projections above the square of the actor´s playground are the effervescent sky, atmospherically tuned to the progression of the story´s duality. Much may be remembered from Hesse´s Beads game and the metaphorical passages (interchanging seasons, ominous signs, stars and moon) handing over this ambitious and exquisitely executed play a spiritual, meditative silence the monologues and dialogues of the 900-pager do have. Januzs Kica as the director had a tour-de-force to oversee, with Rakan Rushaidat as Naphta, shortly but memorably accentuated character of decaying beauty, Frano Mašković as Castorp´s cousin, Sreten Mokrović, more recently Titus Andronicus but then a Peeperkorn, subtly tempered to the last minute, Doris Šarić Kukuljica as Superintendent. Nudging the ever-growing ambivalence of narrative further with regular sardonicism is Rene Medvesek as Settebrini.

The play has been the first one to go online by the demand of the audience on ZKM´s Facebook Site, following tonight´s expected production of How We Survived directed by Dino Mustafic. Historiographical details were bound to relinquish the experience in post-war, communism era in an all-female troop, based on motifs from essays of Slavenka Drakulić and stories of the actresses.

Der Zauberberg can be viewed now on Vimeo:

More about ZKM can be found on: