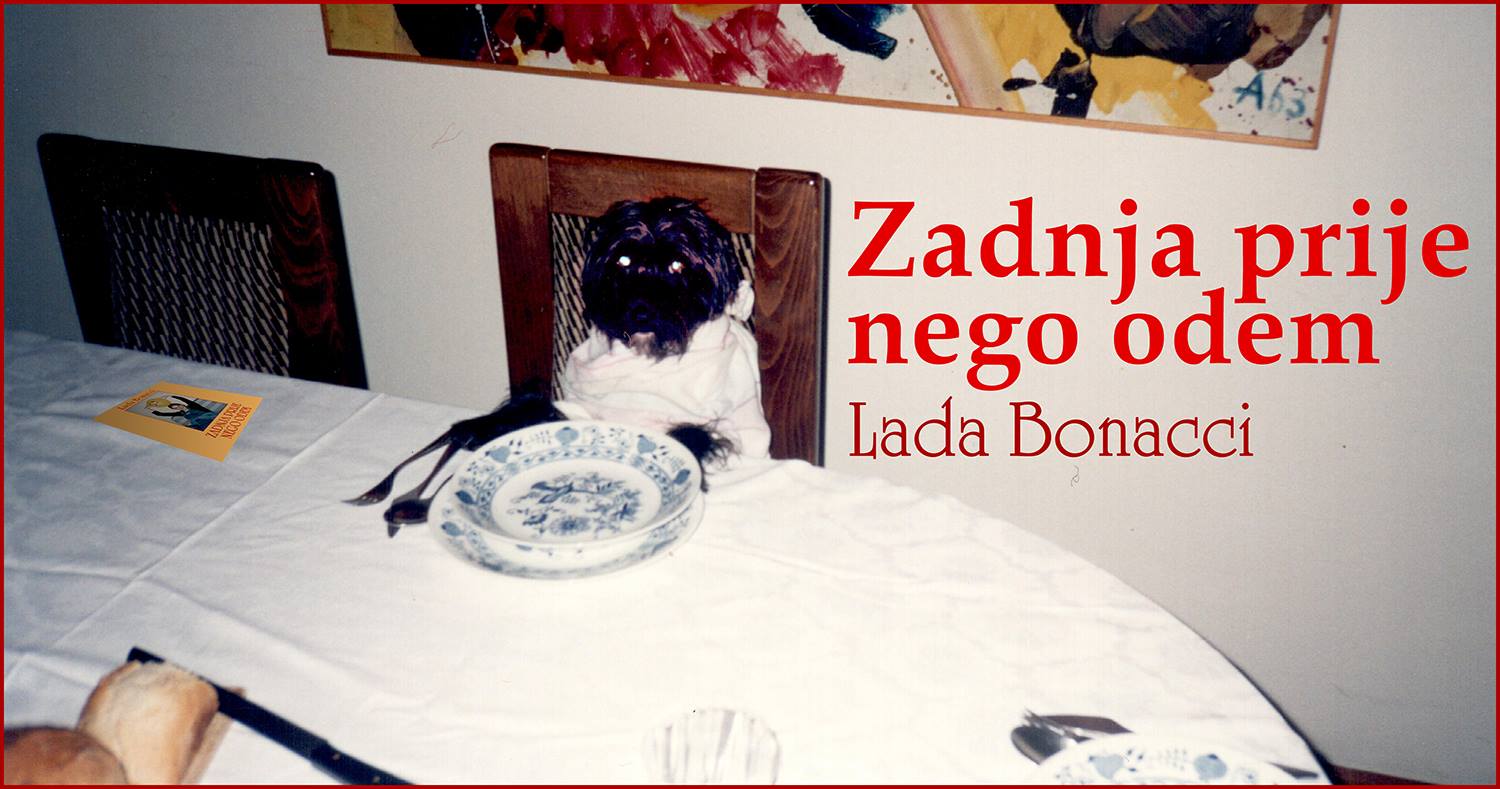 The premiere will be held at the Zagreb Dance Center (Ilica 10/1) on Tuesday, July 6, 2021, at 8 p.m. performances Last before I leave. It is an author's project by which the drama artist Lada Bonacci researches her long-term being and not being on the Croatian theatre scene asking themselves and the audience questions about motivation, perseverance, meaning, and nonsense. Author and performer in a solo performance that balances on the border of physical theatre, comedy, performance, clowning, dramatic expression and stand-up, explores the intimate nooks and crannies of his soul. In doing so, he reveals his vulnerability and turns it into a performance force, universally human, in which everyone in the audience can easily recognize.

Lada Bonacci's impetus for creating the play was given by the corona crisis, which further endangered her lives with other independent drama artists. That is why the play was created from nothing. There are even objects which are used on stage, in addition to those found in the Zagreb Dance Center, from the actress' apartment. The play uses the text Molecules by Ivan Tokin. The light was designed by Marino Frankola and the costume by Tea Kantoci. Video, photo, and visuals are signed by Tara Ivanišević. Dance helped and supported the project artist Silvia Marchig.

After the premiere, the play will be performed at the Zagreb Dance Center on Wednesday and Thursday, July 7 and 8.