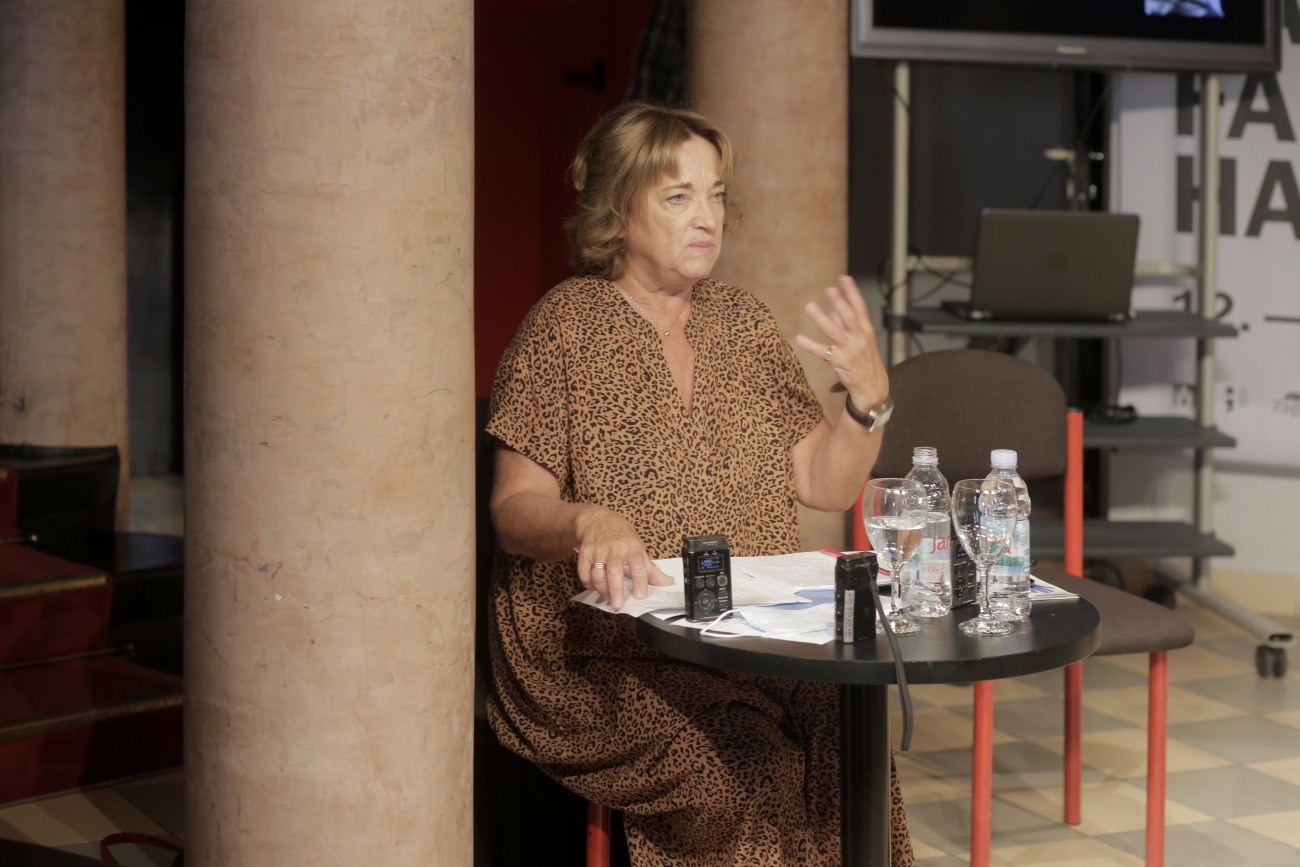 Premiere titles until the end of the year unveiled

At the press conference held on Wednesday, September 2, at the Kerempuh Satirical Theater, the program of the 44th Fadil Hadžić Satire Day was presented, which this year is exceptionally held from September 12 to 26, and then the premiere program of Kerempuh until the end of this year was announced. .

As part of this year's festival program, several independent theaters will be presented: Zagreb's Crazy House with the cabaret Joj Hrvati! author and director Ivan Đuričić, PlayDrama from Split with the play The Child of Our Time, based on the text by Ivana Vuković, then Zagreb's KunstTeatar with the play Flex by Ivan Penović and actor Dražen Šivak in the virtuoso monodrama Mistero Buffo by Dario Foa co-produced by Grupa and Triko Cirkus Teat.

The host of the Day of Satire, Kerempuh Satirical Theater, will perform Robija K.'s Notebook inspired by the cult satirical column by Viktor Ivančić and the play I haven't stopped since morning by Una Vizek.

From Dubrovnik comes the cult play Kate Kapuralica by Vlaho Stulli, produced by the Marin Držić Theater, which, although created at the beginning of the 19th century, is a brilliant and current folk comedy on the topic of poverty.

The Zagreb HNK will be a guest at the Days of Satire with the author's project Bobo Jelčić's Three Sisters, and at the end of the competition part of the festival comes the play Lepurica produced by the Split HNK, actually an adaptation of the cult Pygmalion by Bernard Shaw.

The second part of the press conference is dedicated to the premiere program of the new season of Kerempuh Theater until the end of the current calendar year, which is based on authorial projects by local authors - out of five premiere titles, four premieres by Croatian authors and one classic.

Playwright Dora Delbianco announced the play Die Female by Marina Vujčić, directed by Rajko Minković, whose premiere will take place on August 10, 2020, describing it as a rich dramatic text made up of many strong female characters. In this archetypal story, the three sisters pave their love path through the pain, disappointments, and eternal shadow of their mother.

Following is the premiere of the play The President, based on the text by Ivica Ivanišević and Tarik Filipović, which is also signed by the director, planned for October 24, 2020. Filipović described the text of the working title "Penultimate Dinner" as a political satire, in which all previous Croatian presidents - Josipović, Mesić , Tudjman and Tito - gather in the apartment of President Kolinda in order to join forces, and guided by rich political experience, to find a recipe for saving the worrying Croatian situation.

The author's project of Filip Jurjević, Marin Lisjak and Marina Pejnović Conspiracy Theory, which deals with increasingly widespread and increasingly diverse forms of conspiracy theories, will be premiered in Kerempuh on November 7, 2020. In order to use the hitherto overlooked satirical potential which questions the ways in which semi-verified and obscure information is fixed in society as irrefutable facts with far-reaching effects.

Another author's project, The Croatian Path to Happiness by Bobo Jelčić, premiered on November 21, 2020, was announced by playwright Dina Vukelić as a transgenerational depiction of the chained destinies of family members in turbulent times in which every political change unquestionably reflects on their tense emotional states. intimate decisions and internal conflicts.

Moliere's The Miser has been announced as the last premiere title of the current calendar year, in an adaptation by Tomislav Zajec, which will be staged on December 19, 2020 by director Dora Ruždjak Podolski, for whom this is the first direction at the Kerempuh Theater. The universal problems of greed, stinginess and economic setbacks, which inevitably intertwine with the private sphere of the individual, are conceived through the typical character of the stingy, and in modern processing will become even more recognizable and closer to Kerempuh's audience.