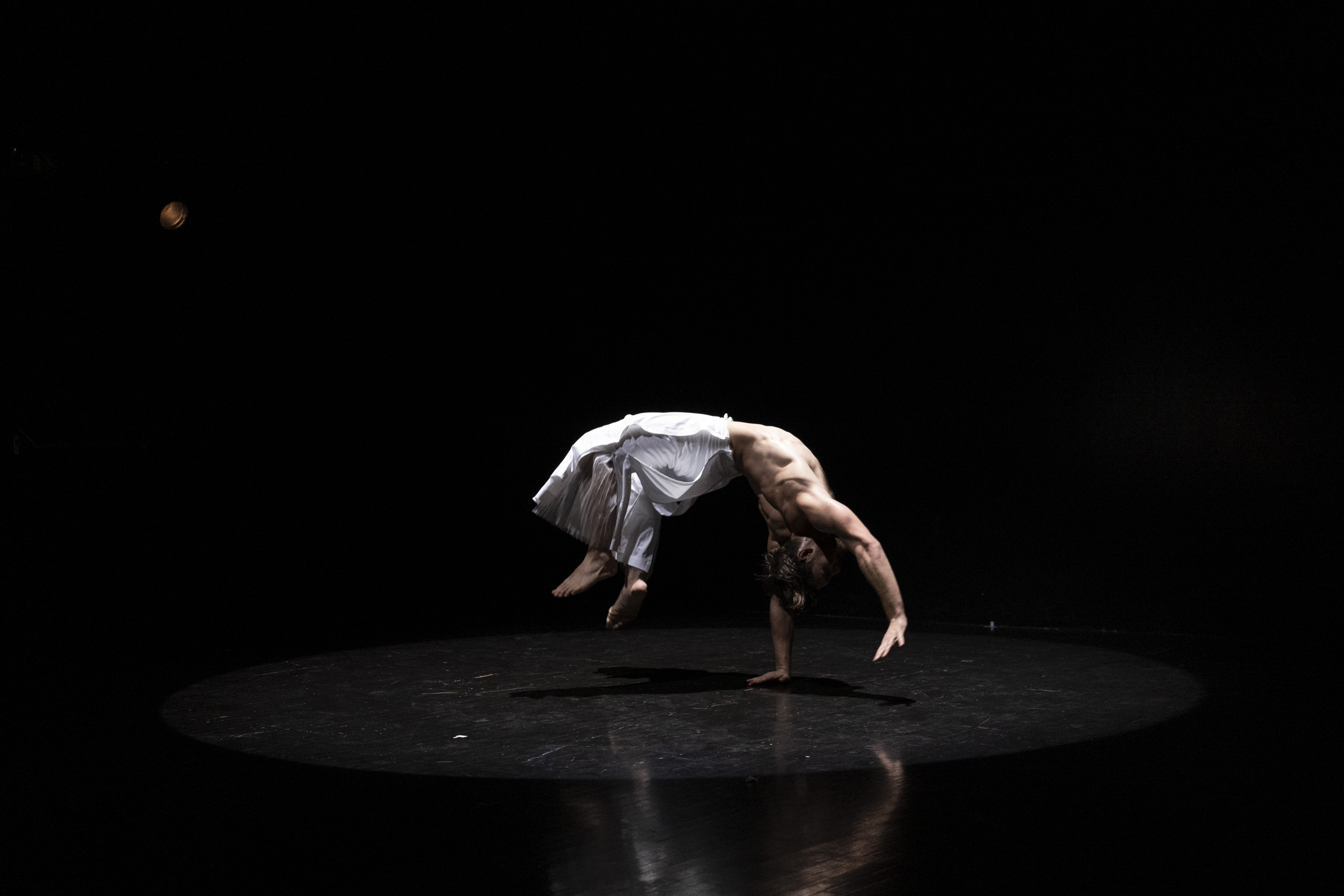 Boys Boys Boys: how deeply are we going to feel the show?

Make us think about femininity, masculinity and balance.

Why don’t we think about dance?

In the new dance performance Boys Boys Boys, with three male dancers, we see the research of a male body, of masculinity in this society that surround us. Confronting femininity and masculinity but also balancing it on a male body. During the show, we see strength, muscles, sweat, but also great smooth and elegant movement (dance). We see compassion, love, shameless touching another human body (which became something strange, especially these days because of Covid we don’t even hug each other anymore). The show leads us from a masculine necessity to show off, to prove they are right, fight, to pain, vulnerability, hugs - that we all need. Boys Boys Boys make us think about how beautiful is a male body, how great it is to be shameless in front of it, to love it, to care about it. The lightness with which the three performers Endi Schrotter, Christian Nujster & Mario Nebosenko dance, bringing the story in front of dance moves, telling the story with their bodies, with the energy and atmosphere they bring on stage.

In that process of dance, exploration, we as the audience became a shameless observer of a human body, of diversities of male bodies, and of emotions that they go through.

Like statues of David, they impersonate the greatest, but also the deepest insecurities that they hide.

With the lovely choreography of Mateja Miković (her first show) showing the elegance (femininity) and the strength (masculinity) and the diversity, we feel each performer in a different way, like true characters. Costumes by Nika Čuić help us to consider another time the thesis of female and male „things“. White, simple pants, seem to be a masculine thing, but seeing it underneath it and in movement, we see elegant textures and materials, giving the performers feeling of almost flying in it, giving a slight reference to the female „tutu“ of classical ballet. We follow the story and its´ development (dramaturgy by Espi Tomičić) thanks to the great music of Dylan Yanez. The catharsis we expect to see, but we are left to feel it.

And that´s the key of the show Boys Boys Boys. We didn´t come only to see (like voyagers) the human bodies, we came to feel. How deeply? Depends on us.

To this reference, doesn´t surprise us the campaign of the show that the producers SABMARINE used to promote the show. On Tinder, they created a profile and showed intriguing male pictures. But instead of likening, sending smiles, and not feeling, they invited people to see and feel the show. An innovative and nice approach that for sure will attract youngers to see the show and to educate about the shameless approach to our body, about respect and love of another human body and about dance, because at the end we see great skill and movement that we wish to see few times in a row, like an episode of a new tv series, when it became the best, it ends, and it asks for more.

The short, inspiring, unforced but thoughtful show, worth seeing a few times, with a girlfriend, boyfriend, mom, dad, friends, and alone.

If you come across their profile on Tinder, be careful: your thought shouldn´t be „Are they strippers?“, „Which club is this?“, „Can they perform on my bachelorette“… But should be: „What great human bodies, imagine them dancing…and convey emotions, I must go see the dance show in Zagrebački plesni centar (ZPC)!"

The show was produced by SABMARINE (young producers Sabrina Herak Smoković & Marin Leo Janković), and in cooperation with the Zagreb Dance Center (ZPC) within the program Koreospektar.

The project was developed through the platform of the Mediterranean Dance Center in Svetvinčent and with the help of the Academy of Dramatic Art. It is co-financed by the City of Zagreb, the Ministry of Culture and Media of the Republic of Croatia, and Culture in the Community of the Solidarna Foundation.