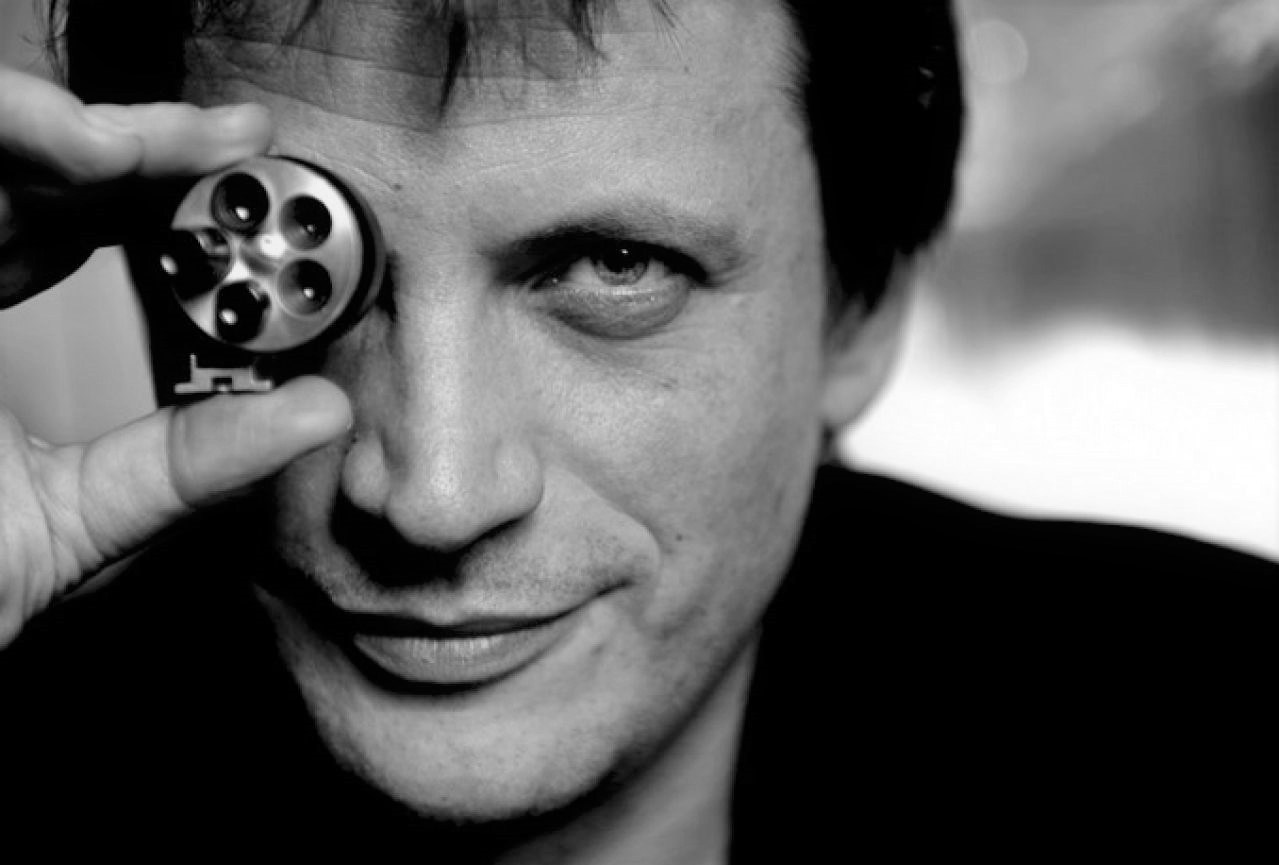 It's hard to have a bigger enemy than myself, so I certainly won't allow myself a repetitive or comfort zone - Interview with Dalibor Matanić

On the eve of the premiere of the play The Gods, we are talking with the director Dalibor Matanić

On the eve of the premiere of the play The Gods, we are talking with the director Dalibor Matanić about the great success of the series The Last Socialist Artifact and The Silence, and the situation in Croatian cinemas.

How did the idea for the play develop and how did the cooperation with the Croatian National Theater in Varaždin come about?

I couldn’t wait to return to the theatre, so four years after Twilight of Gods, our bestseller in SNG Maribor, it was time for The Gods in HNK Varaždin. It was an author project inspired by Funny Games by Michael Haneke (both versions ;-)... As soon as Senka Bulić became the intendant of HNK Varaždin, she asked me to open her mandate with my play, which was a very brave move (laughs). The two of us worked together in theatre before, and I can only give her praise. It’s incredibly important that a person who knows so much about theatre and art is now in charge of an important Croatian theatre. I was happy to be able to continue to analyze modern society by relying on a cult film with talented actors. And yes, we enjoyed the entire process. ;-)

We have recently had the opportunity to watch the award-winning series The Silence. What were the audience’s impressions and what is the difference in the reception, since the series was first shown in Ukraine?

We had great reactions in Ukraine because we were something new and fresh on their television scene, their previous series were quite old-fashioned and conservative, so the audience welcomed us with open arms, which was evident in the results when we were ahead of the premiere episodes of the new Sex and the City. In Croatia and the region, we attracted attention differently. We treated the crime zone in a new way and I think that won the audience. Every grandmother here knows everything about crime stories, so I instinctively reached for my visual Asian role models and set out to explore some new untrodden paths.

How much did the previous projects you worked on and the awards you received affect the visibility of the series and the possibility of international co-production and distribution and European acquisition by HBO?

The international success and presence of the TV series The Paper opened all the doors for us, where we gained a reputation and a guarantee of quality from potential foreign partners. This was followed by the Grand Prix at Series Mania for The Last Socialist Artifact, an award and festival that everyone relevant to the TV business knows very well, so previous projects certainly paved the way for The Silence and that’s why I am glad that it justified creative expectations with its quality, moreover, positive reactions exceeded all expectations.

Compared to your previous projects where you mostly worked with a permanent cast, we also see some new faces and names here. Did you have an audition for the series, how did you choose new faces who, apart from not being your standard cast, haven’t had a chance to appear on small screens so far?

There are simply too many good actors in our region, so we can only be grateful for such a situation. I am glad that along with Ksenia Mishyna, who is a real superstar, I worked with the rest of the great Ukrainian acting team who easily found a communication language with our actors, and as far as our actors are concerned, I discovered a great quality segment of young actors in Slavonia, or with the academy in Osijek.

The girls appeared at the Večernjak's Rose Award ceremony. How can small steps and satisfactions like this contribute to the visibility of young people? How important is that in the film industry today?

I persuaded them to do that, I think it's a great move - they need media space, and we need freshness in the frame. I’ve been watching a lot of quality shows lately where young actors dominate and I can say they are bursting with quality, humour, and talent. I’m not worried at all about the future of HR acting.

How demanding were the topic itself and the responsibility of telling the story of prostitution and white slavery? Have you ever had the feeling of stepping out of your themed comfort zone, how challenging was that?

This topic simply had to be filmed. No one can make up for the ruined lives of these young girls, and that “covering up” and silence of a hypocritical society is disgusting. These are the topics that I analyze all the time, it is the violation of humanism, these are the moments when essential human evil gets space and it is necessary to fight against it artistically.

From the series The Paper, through The Last Socialist Artifact, to The Silence, we can witness the inherent language you have built through photography, music, time and space, and the cast… on one hand, that’s all a director can wish for but are you afraid it’ll become repetitive?

Don't worry, it's hard to have a bigger enemy than myself, so I certainly won't allow myself a repetitive or comfort zone. If so, after the success of Fine Dead Girls he would have shot Fine Dead Girls 2 and not One Hundred Minutes of Glory or after the success of The High Sun he would have shot The Dawn 2 and not bravely engaged with his associates in The Dawn. Don't worry, I love the terrain of insecurity, that's why I like working in theatre - so that I can be constantly tested and researched.

Part of the action takes place in Kyiv, which has become the focus of the war in the last few months. How do you feel when you think that the streets you walked and filmed have been on the brink of war? Are you in contact with the Ukrainian part of the team, are they safe?

When I was filming in Kyiv exactly a year ago, my biggest task was to avoid Chanel commercials, all the golden glitter of the streets, shops, and buildings of the wild metropolis, so what is happening now in Ukraine is an absolute barbaric attack on the civilized world. We are in contact with almost everyone on the team, luckily everyone is fine, and some have even reached Zagreb. All this is in preparation for The Silence 2, which should be filmed in the fall, and where we do not shy away from the idea of ​​filming in Ukraine. We little artists are also going to fight against Russian barbarism.

Do you have the impression that the focus is shifting from Croatian film to series and what influences that? Which of these two media brings greater value, what is the one that lasts longer and which is more lucrative, watched, and clickable in the end, because that’s modern-day currency?

I look at all the media as a field of possibilities for creating art. We need to constantly emphasize the system of artistic understanding of the world, so it is irrelevant to me whether it is a film, series, theatre, or metaverse. The only thing that will be valued in many years is the creative reach and our maximum at the moment, the only thing that interests me, in my opinion, is the only profitable thing.

Speaking of which, there is an unwritten rule in our country that it is indecent to talk about money in creative industries. The film somewhat improves this situation, but these are still reluctant questions. How much is earned in Croatia from the film industry and do you look at it as an industry (in terms of income/expenditure/profit) or do you still enthusiastically think about pure creation? Does it cancel out that business part of you, this creative one, or are they well-matched, and how?

As everywhere, we all work on several fronts to enable a somewhat normal life for our kids, it's all one big DJing. At the same time, I think it’s invaluable for kids to watch us enjoy every second of our work, it’s something I want to convey to them as well. We have seen in the last few years through negative notions like Trump, the pandemic, and the war that the normal world is on fragile feet, the only thing left for us to do is be grateful to be alive and then start fighting for a better world.

In your opinion, what are the new opportunities for Croatia in this field and what else can we improve to become even more visible to the film industry and audience?

In all projects I create my world, my creative code, I believe this is the right way. When The Paper came out, the foreign media called them Adriatic Noir and we were proud of that because they didn't put us in a copy/paste tray. I think that originality is the strongest card in the creative industry, one should not rely too much on "cookbooks" where projects are created based on previous ones. If we go the way of originality, I am not afraid of visibility.

Can we talk about a new wave of Croatian directors, and filmmakers in general, or are these isolated cases? If there is a new wave or generation, what characterizes them?

I think that all normal film workers in Croatia and the region are characterized by respect for other people's work, everyone knows how hard it is to produce an audiovisual piece.