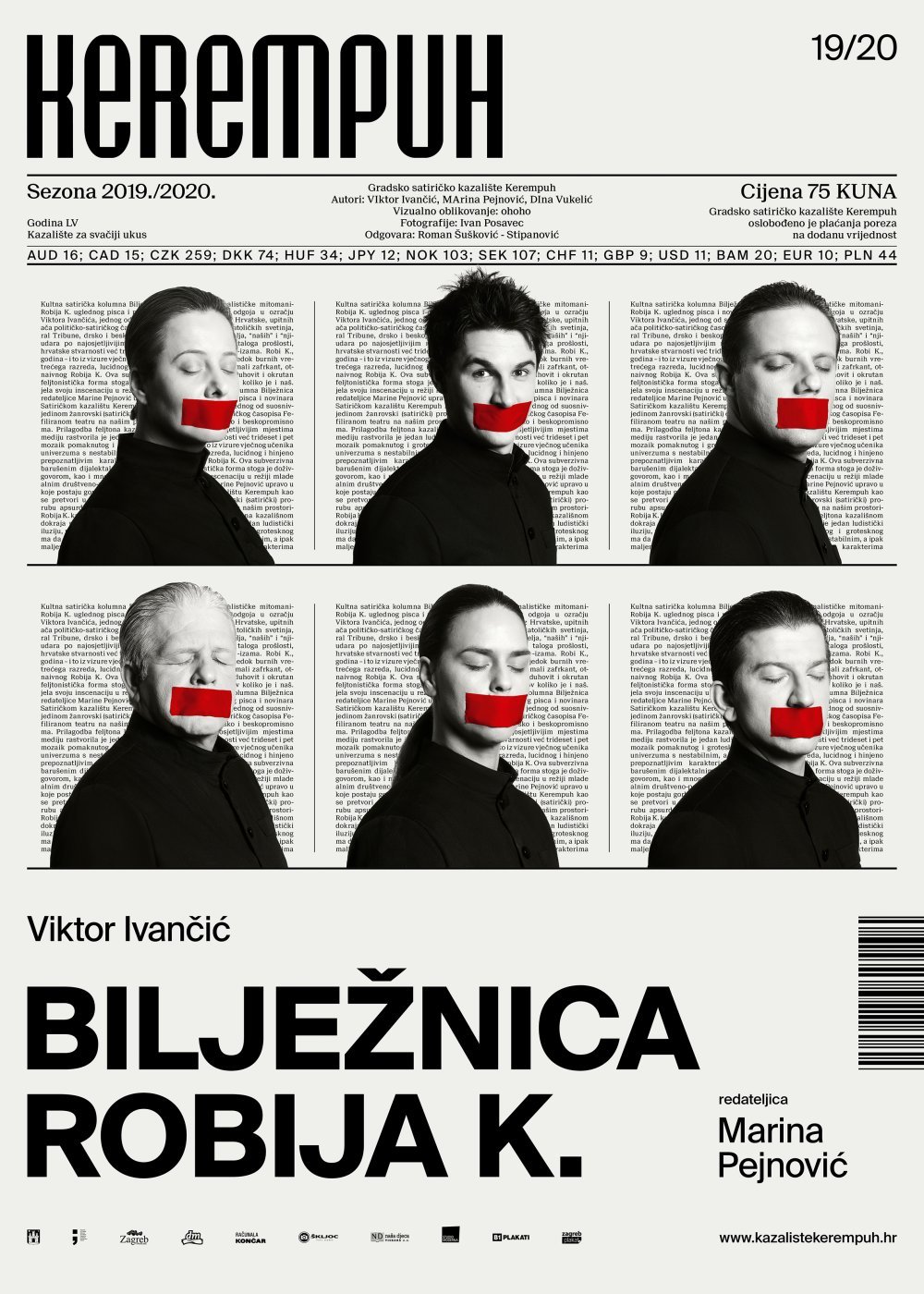 The Notebooks of Robi K.

A review of Kerempuh's latest play

Looming over a sandy circle is a somewhat used hanger, perhaps doubling for a cradle's toy as some forgotten teddybears float silently between communist red stripes. On the verge of the proscenium is a tall iron fence merging the play's grounds both physically and, we doubt, metaphorically. Visual mimesis in this observant text is richly textured with a menacing speed and a warlike attitude aided with simpleton-see-make-do understanding. But, more than anything, it was difficult not to feel the buzzing kindle of interest as the Election Night coincided with the opening of a sucker-punch text of The Notebooks of Robi K. If there was ever an opportunity for an audience to see Hamlet's mousetrap as a single play, aimed at the very heart of a country, leaderless or not, it was last night at Zagreb's own (satyrical) theatre, Kerempuh.

Published in prominent Split-based Feral Tribune magazine, The Notebooks of Robi K. follow an eternal ninth-grader Robi (Josip Brakus) on his non-conforming, attentive dissertation of the world that surrounds him, his parents (played by Filip Detelic and Linda Begonja, also alternating as Teacher), grandfather (Zeljko Königsknecht) and his classmates ( Ana Maras Harmander, Matija Sakronja, and Filip Details). As Tribune has been heralded from its beginnings for its radical,  uncompromising but conscientious work, one of its creators, Viktor Ivancic outlined Robi's fictitious existence with sharp interludes and keen logic. For all that it is worth, 1984. has surely had its Orwellian outcry in Croatia, too.

As a nine-year-old is introduced with his friends, all of them wearing a battle suit charmingly complimenting their pajamas, we enter an immovable world of dichotomies. The profane ways of upbringing by laws of society had its way in more than one generation. Learning what to think instead of how to think, what to repeat instead of co-creating with assertion, The Notebooks are a montage from hell. Sadly, the hell is human. All too human to be only a daily portion of illusion, he is shared and lived through decades of obeyance and brain-washing, a phrase used both as a comical relief and a warning. It becomes, by the end of the play, a vanguard blaze. How do we come about in the world where children no longer need to read about Anne Frank, Peter Pan or Animal's Farm? By making a boy questioning unflinchingly for our allowances of poor decisions.  Taking care of civilization's achievements by their submission to so many -isms, plurals, ideals gilded with a doubtfully bloody history, sharing in history's molding limitations, whispering in the dark of power's retaliation, here on Robi's stance be so many dragons. With many of those left, at least it has been bitter enough to laugh at commonly shared jokes and subsequently recognize ourselves in the judgemental image of the honorable human scape.

Mindful but with no obeyance to cheap inventions, transformed to its full appeal with dalmatian street slang, Robi's notebooks will certainly profile as a clever voyage to its many viewers. Directed by Marina Pejnovic the production is a cannonball at the end of a decade, marking the nowness with some bitterness and no excuse. And we, on the whole, have been pampered enough, buffered too long and told it will be better in so many abstract ways our grey matter plunges on a minute base. This play runs its own course with an aptitude for little dabble. What we call satyrical or radical, in a theatre standing on its own many feet (that is, knowing and following its inner compass) would be an intelligent action. For such an action one would need an equally intelligent actor. An intelligent actor is a fully aware man or a woman, and for those too-short eighty minutes, a dozen hell-bent people certainly knew what they were doing on stage.