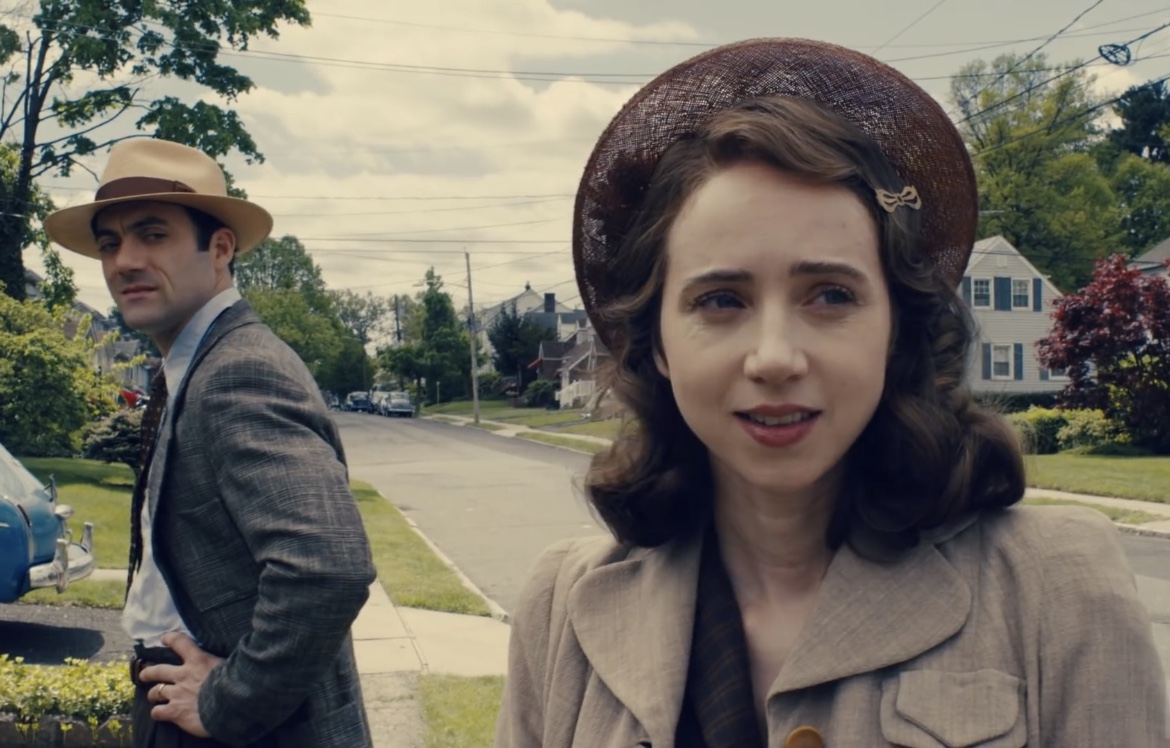 In June of 1940, the US was setting the stage for a very important election. F.D. Roosevelt was running for a third term, but there was a political current that feared his re-election would lead the country into the Second World War. One of the strongest voices against him was that of Charles Lindbergh, the American aviator hero who made the longest and the first solo transatlantic flight in 1927 - from NYC to Paris.

Lindbergh, while living in Europe, formed a close connection to the Nazi party and used its rhetoric as a member of the isolationist group named America First Committee. As we know, his involvement in the group would not get him far in American politics, FDR will remain the president and America First will cease to exist after Pearl Harbor. But this short moment in history before the election inspired American writer Philip Roth to envision a different turn of events.

Similarly to Philip K. Dick in The Man in the High Castle, Roth asked himself what if? but while Dick wrote about the future in which Hitler had won the war, Roth envisioned another scenario: What if the US had decided not to fight Hitler? This was the basis for his 2004 book The Plot Against America, in which Charles Lindbergh becomes a surprise Republican presidential candidate and wins the election.

HBO adapted Roth's book into a six-part mini-series, of which the first episode aired on March 16. Created by David Simon and Ed Burns - who previously worked together on The Wire – the show tells this political and family drama through the lens of the Levins, a version of the writer's own family which was composed of his father Herman, an insurance salesman, mother Bess, a homemaker, and older brother Sandy. Two of the family members in the series are completely fictional - Herman's orphan troublemaking nephew Alvin and Bess' sister Evelyn.

Levins reside in a Jewish neighborhood in Newark, New Jersey and the lives in their community seem ordinary in the best way imaginable. We do not get a glimpse of a wider reality until the possibility of promotion makes Herman and Bess consider moving to a street where they would be the only Jewish family. The visit to a new home leads them to a brief encounter with the group of German nationalists. Motivated by this, Bess decides against her husband’s promotion, explaining to him that she, unlike him, grew up as the only Jewish person in her class, without any friends and viewed as an oddity. It wasn't that she was mistreated, she was ignored and that is not something she wants for her sons.

Characters, as well as the audience, hear the news updates through the radio. Lindbergh's speeches, drawn from real life, become clearly Antisemitic and that causes fear and uncertainty amongst the neighbors. As Herman points out at one point: "Win or lose, there is a lot of hatred out there and he knows how to tap into it."

It not just rings true but the words send chills down your spine. The realization that a man like Lindbergh does not need to make any moves, but simply speak to people with enough frustration in their hearts and point at those who will be named guilty for their problems and the same people will feel like they have the permission of behaving as their worst instincts instruct them.

While each of the characters has a separate storyline that will be followed in the episodes to come, Philip is the one who subtly stands out. Pretty soon in the story, he witnesses an event that makes him more alert and sensitive to every word uttered by his parents and makes him start asking many questions, in an attempt to understand what is happening around him and what is this thing that is making everyone act afraid and different.

The plot is set in motion in the first episode and we can suspect some of the events to come, which does not take away from the experience of watching the show, but simply makes us aware that soon some of the characters will find themselves on conflicting sides. While Herman and Bess carry a fear of what is to come, Bess' sister is introduced to Rabbi Bengelsdorf, a man who seems sympathetic to the isolationist cause, and who may have an impact on Evelyn's stands.

The first episode of the mini-series proves to be a worthwhile watch. The directing is straightforward since the focus really is put on the richness of the characters' inner lives and the wider political context. And yes, there are many anxiety-inducing details that reference the present, but The Plot Against America does not make it seem like the desire behind the project was to give a lecture. This is simply a re-telling a story written by Roth, back in 2004. Every other similarity is completely accidental.