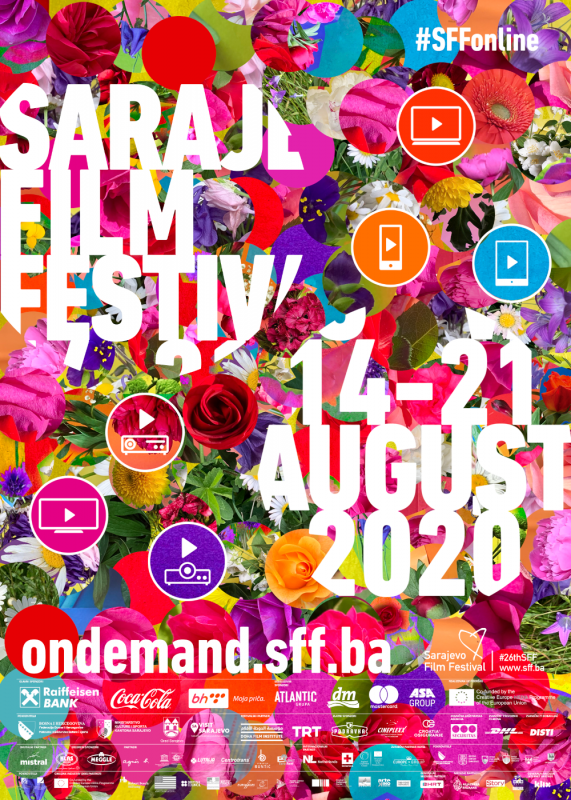 Due to the coronavirus, the Sarajevo Film Festival will be held online this year

Due to the alarming epidemiological situation in Sarajevo Canton, the 26th Sarajevo Film Festival (August 14-21) will be held entirely in online format.

The decision was made on the basis of instructions and information from the Civil Protection Staff of Sarajevo Canton, the Government of Sarajevo Canton and the Crisis Staff of the Federal Ministry of Health from August 4, 2020. They include "recommendations to the population in the Federation public gatherings and restrict their movement ”. In this way, the Sarajevo Film Festival confirms its responsibility and obligation to the community in which it operates.

Viewers from all over Bosnia and Herzegovina and the region will be able to watch the film programs of the Sarajevo Film Festival on the online platform ondemand.sff.ba. Through this platform, viewers will also have access to accompanying programs, such as lectures and interviews with authors.

"We thank the authors, guests, sponsors and our audience for supporting the continuity of the Sarajevo Film Festival in the context of a global pandemic. Special thanks to 300 employees and partner services who are working on this year's edition of the festival despite the complex situation," the festival management said.

See you on August 14, 2020 at 8 pm at the world premiere of the film "Concentrate, Grandma" by Pjer Žalica on ondemand.sff.ba!