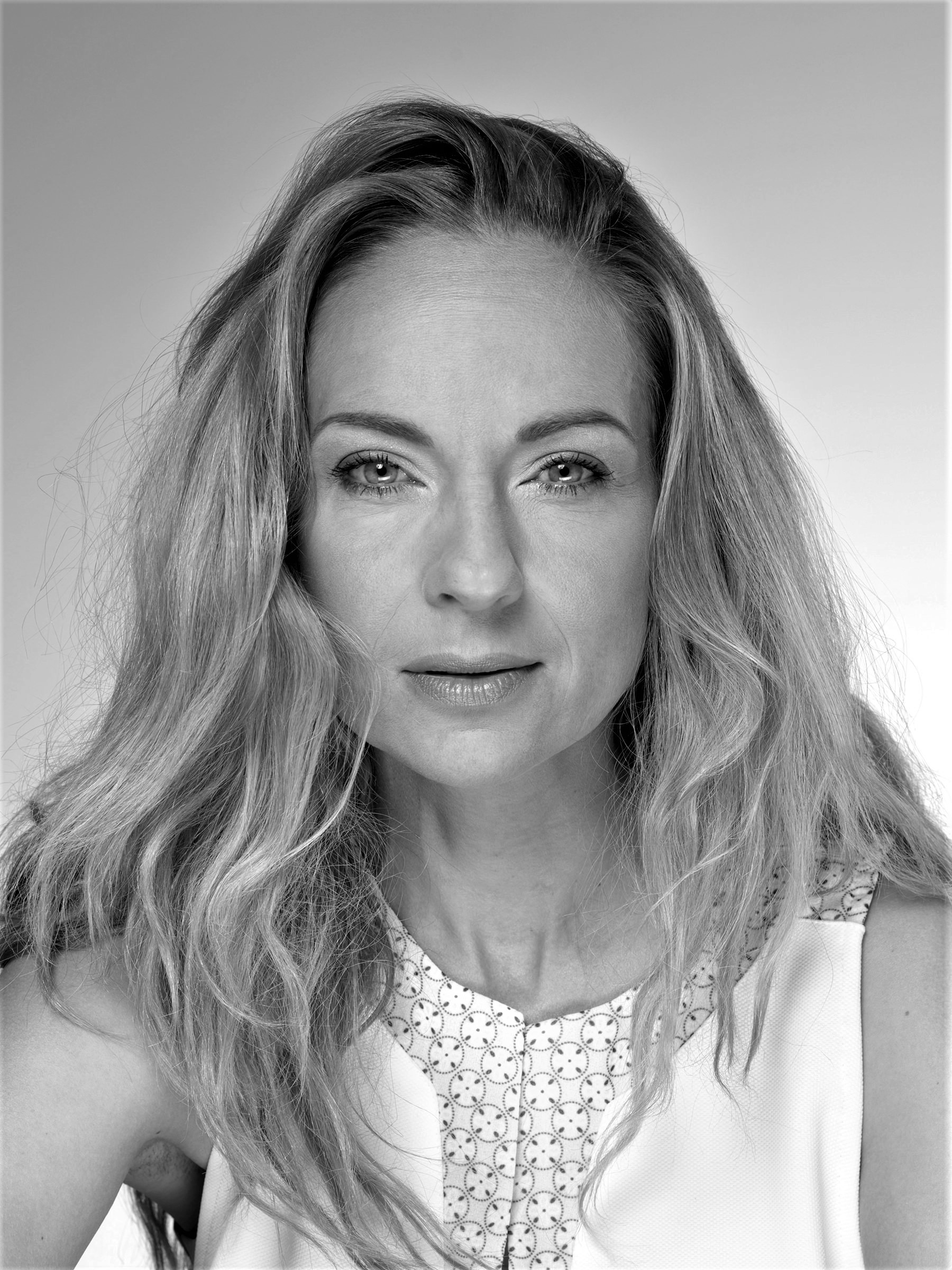 Actress Sandra Lončarić is the first drama actress of the Croatian National Theater in Osijek to be declared the national champion of drama by the profession. Since 1996 she acted in more than 30 Croatian and regional films and TV series. Her latest role as Inspector Vesna Horak in Dalibor Matanić's extraordinary series The Silence showcased and elevated her status as a splendid, talented and praiseworthy actress. For us, this was a great reason to talk with Sandra about her career and this splendid new role.

I wouldn’t go into stereotypes, but so far we’ve mostly been used to seeing you in the roles of phenomenal women who don’t deviate much from the average of their gender roles. This time it's a little different. In the second episode when you screamed Sit down, police! I must admit that I also nailed myself to a chair. How challenging was it to embody Inspector Horak?

The character of Vesna Horak is layered in many ways and that is why she is a bigger challenge. We built her so that she has her own personal story about juvenile abuse in the background, so she approaches the investigation of the whole case with even greater zeal. The stronger and braver she is, the more vulnerable and emotional she is. As for the stereotype, I am glad that I played a wide range of characters and roles in my career.

Since the series was filmed in your Osijek, where part of the plot takes place, how did you feel like the "host" of the whole story?

It was interesting to shoot in my city, so far I haven’t. The story is not at all beautiful because of the topic which we filmed, but the filming, socializing and stay of the whole team in Osijek was more than beautiful and I'm sure everyone felt welcome and we turned out to be great hosts.

So far, you have collaborated with Matanić on The Papers and other projects. What do you remember about working with him and how does he inspire you?

Dado on filming has some weird energy to make filming always one interesting, creative and fun experience. His cheerful spirit and boyish playfulness are completely contagious and I really love being on set with him.

While the series is airing, a war breaks out in Kyiv, where part of the action takes place. Can you even present / explain it to yourself and how do you feel about it? Are you in contact with the Ukrainian part of the team, do you know how they are?

It is very difficult to watch Kyiv in the series knowing what is happening there now, it is difficult to watch people who are suffering there and who are exposed to aggression. As far as I have heard, everyone from the Ukrainian team is fine and I hope that it will stay that way and that this horror will end as soon as possible.

Although the story takes place on the Kyiv-Osijek route, inspired by Drago Hedl's novels, this is a much broader, universal story between good and evil that is reluctantly talked about in our societies, and this silence does not diminish the fact that sexual violence against children is very present. How was it for you as a wife and mother to work on this story?

This is not a story about Osijek and Kyiv, this is a story about all the cities of the world, that this silence should be stopped and that evil must not be crossed.

One can’t stay indifferent to that whole story and many times during the filming it was emotionally difficult because we must not forget the fact that some parts are inspired by true events.

You played a notable role in the film Sonja Tarokić's The Staffroom. The film did very well both in the region and internationally because it is again another universal story that thematizes our societies and attitudes towards education in a different, but not insignificant way. What was it like working on the film and what did you learn from the team? Has a new perspective of upbringing and parenting opened up to you?

The Staffroom wasn't inspired by just one specific case but is based on a number of different experiences that Sonja read, things she had a chance to hear from the educators she talked with, or from experiences, in some way, each of us had an anecdote from those days and a professor we remember on a good or bad way. And you realize that these people are a very important link in the upbringing and education of the child and that the problems in the school system should be taken seriously.

In addition to watching you on series and films, you are the first drama actress of the Osijek Croatian National Theater to be declared the national champion of drama by the profession and the youngest chosen for the highest status that a Croatian actor can receive. How do you juggle between film, series and theatre and what do you feel most comfortable with, what is most free and what is the difference (for you)?

The only difference is in the way you act. In front of the camera, a raised eyebrow with a close-up can say a lot, while gestures in the theatre are much bigger and more pronounced. I enjoy both ways of acting.

Since your career has lasted over 25 years, through transition, political systems, joining the EU, the arrival of big co-productions… a lot has changed in the film and theatre industry. Has it ever been better, or is it better today, in terms of valorization of artists, freedom of expression, respect, etc.?

As for work, I think the situation is much better now. At the beginning of my career in the 1990s, very few films and series were made here. Now the situation is much better, the actors are working in the whole region again, foreign productions are coming, there are more television companies that have their own productions. I do not want to complain and say that it was much better before, that we had more respect… that artist who works well, from the heart and with love, without a fig in his pocket, will always be respected and his work valorized.

How do you look at today’s trends that require a presence on social media, self-promotion, and digital literacy? Do you think that all these things serve art and the artist or take away and distract attention from the important, and in fact do not bring anything important?

Social networks can be very useful in terms of finding information about new projects, in presenting yourself and your work, but I think that excessive consumption of social networks does not bring anything good and that it is a complete waste of time.

How do you look at the Duart platform and do you think that such services are useful, important, or good? Our goal is transparent employment, equal opportunities for all, promotion in foreign markets… how do you look at these topics, from a Croatian perspective.

I absolutely support the work of the Duart platform because it gives us actors the opportunity to present themselves in productions both in foreign markets and foreign productions that come to film in Croatia.

I wouldn't like to spoil anything so the best I can say is that until the end, a lot of interesting and unforeseen twists and emotions await.