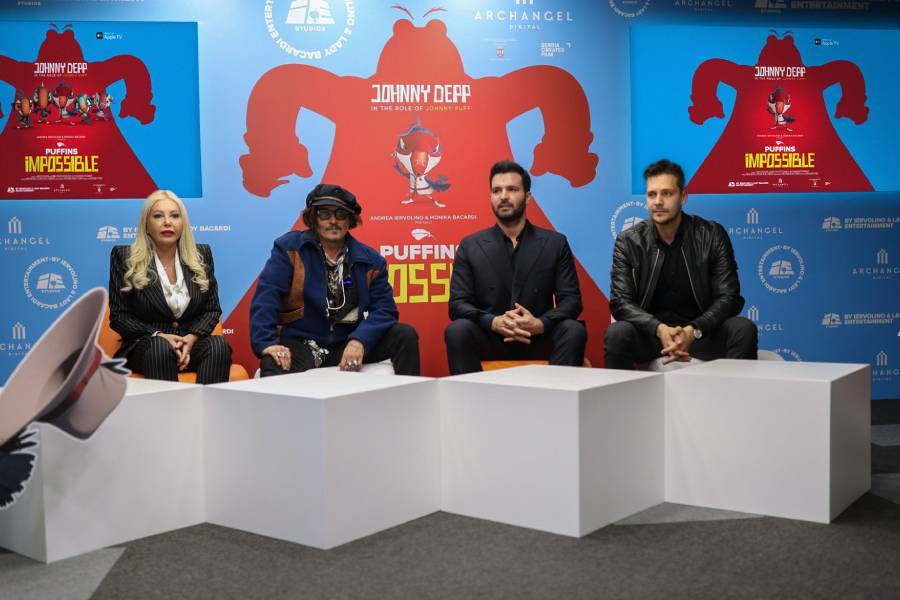 Puffins Impossible is on the way!

The production of the first season of the first animated series created in Serbia and intended for global distribution, called Puffins Impossible – The Series, has been completed. It is a spin-off of the famous series Puffins, with Johnny Depp in the lead role. Depp came to Belgrade to promote the project.

The series, which consists of five-minute-long episodes, was realised with the support of the Ministry of Culture and Information of the Republic of Serbia, and it was created in the animated content production studio Iervolino Studios, owned by Andrea Iervolino and Lady Monika Bacardi, who are founders of the parent company Iervolino & Lady Bacardi Entertainment. The production was made by Archangel Digital Studios, founded by actor/producer Miloš Biković.

The main character Johnny Puff's voice and appearance are based on Johnny Depp.

The first season will consist of 18 episodes.

"Puffins Impossible is a great story for all ages. It is by turns funny, charming, absurd, abstract and educational. I very much enjoyed working on this project and I hope it will repeat the success of the Puffins series it derives from. The work that has been done in just one year is simply amazing. I'm delighted with the creativity of the people from Serbia", said Johnny Depp.

"The production of such a series is not only important for Iervolino Studios and Archangel Digital Studios, but also for the Serbian creative industry. Puffins Impossible is the first animated series produced in Serbia, following the highest world standards. It’s a big leap for the domestic creative sector. Once again, I would like to express my gratitude to Miloš Biković, who convinced me only a year ago that we can produce everything we imagined in Serbia with great artists who work here, as well as to Johnny Depp with whom we continued successful collaboration in Serbia, too", said Andrea Iervolino.

"This is a huge success for local artists. Together, we managed to start the animation industry, thanks to innovative technologies and the unique pipeline that we imported to Serbia and by doing that, given our creative people the possibility to work according to standards of some of the biggest world studios", said Miloš Biković on this occasion.

The Puffins Impossible series will soon be available for streaming on the world's leading platforms including Apple TV.

Iervolino Studios is currently operating in two cities, Belgrade and Novi Sad, and it is employing over 100 members. Its plans are to extend the team to 600 people by 2026.