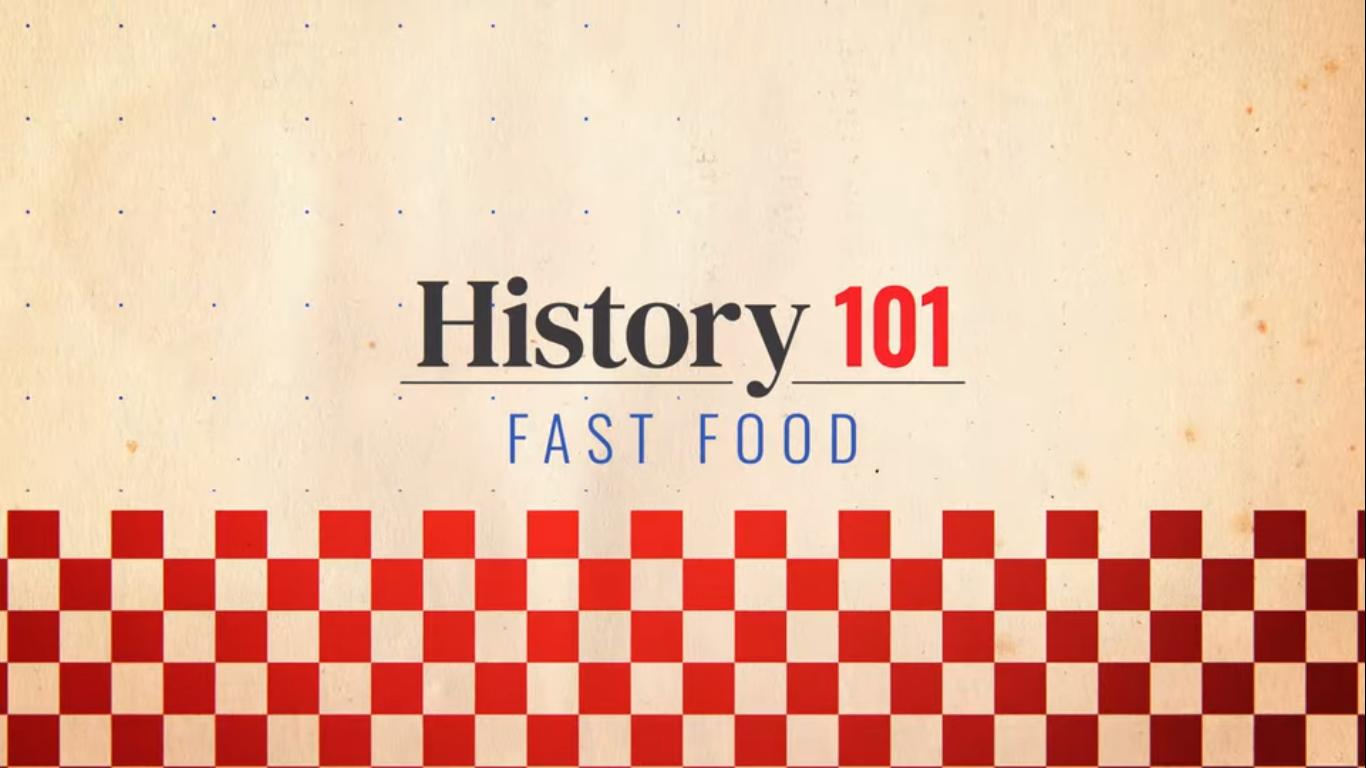 If somewhere Netflix isn’t quite at the top, it's a documentary program. But it's not that there isn't something new in that segment every month. In May 2020, Netflix had an interesting documentary premiere. A series that quickly takes us through the history of the randomly selected theme. Ten episodes of twenty minutes each. Ideal for binge-watching. What can be immediately noticed is the classic documentary pattern. Without the human host common in today’s documentaries. The narrative form, from the background a pleasant female voice - Natalie Silverman leads us through numerous curiosities and selected topics. Every episode is interesting and colourful.

The tempo is tremendous, numbers and charts are constantly flying around the screen. The brain can hardly receive as many facts as they are quickly presented. The recipe is simple. Did you know this, did you know that? With a bunch of original shots from different historical periods that perfectly illustrate the given theme. Everything is interspersed with an avalanche of numbers and graphs that support everything seen and said on the screen.

Each episode deals with one topic, be it social, ecological, or political. Each topic is arranged chronologically, to easily keep track of the pile of data. For example, the episode about AIDS starts from the first signs of a disease that was thought to be penance for homosexuals (until haemophiliacs, pregnant women and people suffering from diabetes began to get sick) to the present day. This is roughly the scheme by which each episode is filmed. History of the topic, elaboration, and epilogue. Since each episode takes an average of 20-23 minutes, think about how much data your distressed brain has to absorb. To make things easier for you, the authors of this documentary series resort to numerous animations and graphs that confirm the numbers that line up in front of you. Instead of a bunch of information about what was shown in the series, the volume of a small encyclopedia, we bring you a list of episodes so you think about what would interest you.

The Rise Of China

Oil and the Middle East

Everyone can be found some interesting stuff for himself. Either way, each of the themes is a speedy historical cross-section, handled interestingly but not quite exactly. Viewers around the globe have the chance to correct each episode and collect 'points' on correcting information exposed in each episode. From the fact that Kennedy was the president of a certain date wrongly stated in the series (a dead man cannot be the current president). To incorrect facts - that Does Canada have nuclear weapons ?! Whether you want to have fun with paper and pencil, and participate in a global social game - Who will dispute the more inaccurate data presented in the series? Or want to learn something from an incredible amount of numbers and information, this series is ideal for relaxing after a hard day. Especially if you are not in the mood for feature series or movies.

An easy lesson from history, without judging what has been learned, pleasing to the eye, can serve as a pastime. Unless you're petty enough to be bothered by some wrong information. If you like the series, you will have the opportunity to watch the second season, which, as things stand, has already been ordered.

The Devil Next Door - The trial of "Ivan The Terrible", a monster from Treblinka By Momir Rajšić 11-08-2020