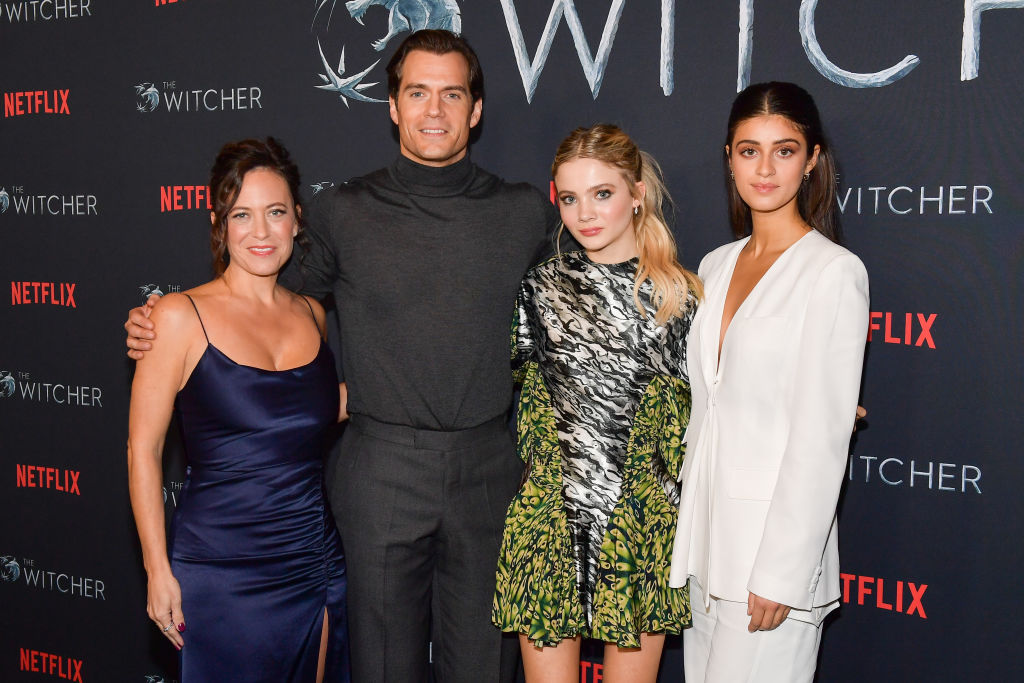 Winter is coming. Actually, we should say that 'The Witcher' is coming!

Netflix smashed everything for the Christmas holidays!

While most people watch 25x in a row at Home Alone over the Christmas holidays, Netflix has pleasantly surprised its subscribers. All the long-announced series suffer from premiere delay syndrome. The Witcher has long been talked about - sometime during 2020. And then, as a thunderstorm from the clear sky, the announcement of the opening of The Witcher for December 20, 2019, arrives! With that move, Netflix showed the competition who the real player is. At the same time, it provided the highest possible viewership, at a time when it was paid for a lot of money. Christmas time. Better gift Fantasy fans couldn't get find under the Christmas tree.

When it comes to fans, two large groups of Fantasy fans are awaiting the start of The Witcher. The first big group are fans of stories and novels by Andrzej Sapkowski. The second big group are fans  - gamers. Many gamers, unfortunately, do not even know that their favourite RPM game came from books, not the other way around. But luck made them smile even more, as he played the role of Geralt of Rivie - Henry Cavill from Superman. Copy of Geralt from the game, with a little more muscle well spaced throughout the body.

Much is expected from the announced Fantasy saga. After all, Netflix would not have ordered the second season before the first one even aired. This is how he told everyone: the competition and the viewers that they are confident of great success and viewership. It was also helped by rumours that The Witcher take up the seat, the one to leave behind the mega-popular Game of Thrones. The truth is, when Games of Thrones takes away a pair of flying lizards, the Red Woman and the White Walkers - you remain a political thriller - as the title suggests. The Witcher is an action tsunami according to Game of Thrones. In doing so, I do not mean to offend Game of Thrones fans, I am one of them. Fantasy is not just The Lord of The Rings; Game of Thrones, franchise. Fantasy is also - sword and magic. By that, The Witcher is perhaps closer to the world of Tad Williams from The Memory, Sorrow, and TheThorn trilogy. Or Conan Barbarian - by Robert E. Howard in 1932. However, the final trailer shows that there are as many mass scenes reminiscent of Game of Thrones. The novellas The Witcher is conceived in such a way that the main character, Geralt of Rivia wanders the large wasteland, which is full of all sorts of monsters and is dealt with them by the force and powers he possesses. Speaking to SFX magazine, Julian Parry, CGI Supervisor, said: “I definitely think it leans more towards horror. We are definitely taking the fantasy out. I can honestly say not really fantastic. I mean, fantasy but in a grounded horror sense". Being more of a sword justice, but behind the scenes wicked games as we used to in Game of Thrones.

If you take away from Games of Thrones, a pair of flying lizards,

the Red Woman and the White Walkers - you remain a political thriller.

Now, in a few lines, let us reveal to those who have not read Sapkowski what awaits them in The Witcher series. It all revolves around three main characters. The trademark of The Witcher is Geralt of Rivia, a powerful demon hunter who hunts monsters in a world ruined with wars between humans, elves, and dwarves. Humans have won, but a bunch of Strigoi, Werewolves and Vampires roam the vast expanses. That's where Geralt enters the scene. Besides him, saga dominated by two strong female characters. Yennefer of Wengerberg, soul mate and companion of our hero Geralt. Cirilla Fiona Elen Riannon is the adopted daughter of Geralt and Yennefer, known as Princess Ciri, possessing incredible abilities such as travelling through space and time. She is a future demon hunter, Geralt is her guide and mentor.

In our world, the most important character in the series is Lauren Hissrich, producer, and screenwriter. She's a showrunner. There are at least seven seasons in her vision for the series. She says she is already developing her seventh season, and the series is based on her view of Andrzej Sapkowski's novella. Sapkowski is a counsellor on the shoot set. Hissrich is an American, and she has been working on the series since 2017. What a job she did, we will know if it is seven seasons as announced.

Let's just say that the first season was completely filmed in Eastern Europe. Budapest was listed as the first location where The Witcher was filmed. This is fair in a way because The Witcher originated come from the pen by Poles Andrzej Sapkowski, so it draws on the Eastern European tradition of the Fantasy genre.

December 20, 2019, is ahead. We are left counting the hours and cock one's ears. We may hear the clatter of the hoof of the Roach mare, which is already galloping toward us, bearing on the broad back of The Witcher-Geralt of Rivia.