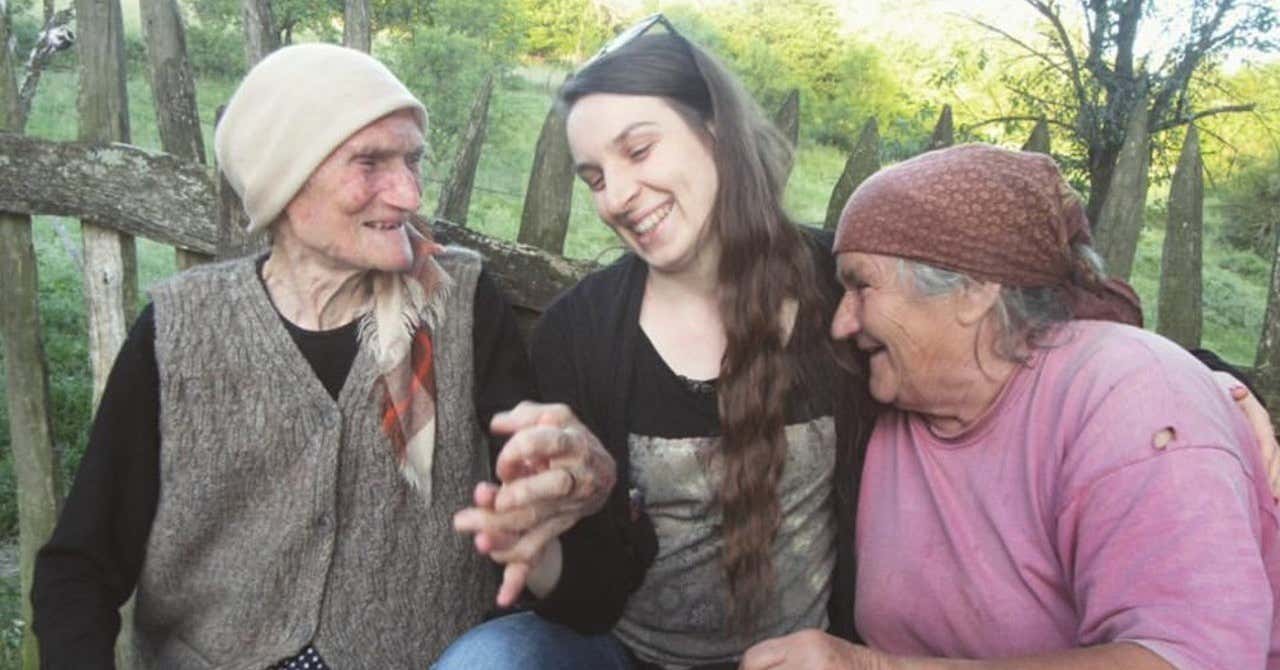 THEN COMES THE EVENING MAJA NOVAKOVIć

Interview with Maja Novakovic - Two Women on the Ground of Bosnia

Short documentary debut Then comes the evening by director Maja Novaković brings serenity and call for peacefulness, at least for 28 minutes, while the film lasts.

Tettyo Saito (TS): First question. I want to know the reason you want to become a film director. And how did you become?

Maja Novaković (MN): I never thought of becoming a film director. I entered the film world out of enthusiasm, love, curiosity and interest in how one can experiment and think through film images. For example, I made this movie by taking days off at work and taking that time as my vacation because I dedicate it to what I love and what interests me.

TS: When you started to be interested in the movie, what movies did you watch? And what kind of movies could you watch in Bosnia at that time?

MN: I became interested in film while studying art history. I remember being heavily influenced by movies by Jean Cocteau "The blood of a poet" and "Orpheus", Parajanov's "The colour of pomegranates" and "Shadow of forgotten ancestors", "The Harms case" by Slobodan Pesic and films by Peter Greenaway. I was drawn to the interdisciplinarity we can discover in the film. The combination of painting, literature and the way they are presented has drawn me into the world of cinema.

Answer to the second question: I was not in Bosnia at the time, since I finished my studies in Belgrade. I must admit that I do not keep up with the cinematography at the time it is created. The choice of films mainly comes from the film theory and history of film.

TS: What is the village in this film like? Famous place in Bosnia, or your birthplace?

MN: It's a place where I grew up and where I come from. The village is called Pobrdje and is located near the small town of Bratunac, Bosnia and Herzegovina. Choosing this place was very important to me because I rely on the visualization of childhood memories that relate to the place and people chosen. Being familiar with nature, landscapes, as well as the ways and customs of rural life, which are close and dear to me, have shortened my time exploring locations and terrains. For a lot of frames, I made sketches while I was in Belgrade because I knew the scenery by heart. One example is the first frame in a movie, filmed from my stream, where I used to pick raspberries for years, and with each sunset, I imagined how nice it would be to capture that divided sky and earth landscape that colours the sunset. Many of such childhood pictures I wanted to visualize and save from oblivion.

TS: What impresses me at first is your way of capturing women's physicality. Hands when she cut an apple, feet when she steps on the ground, face when she performs a ritual etc. How did you capture their body or physicality?

MN: Emphasizing hands in the film takes on an important role, as they are a reflection of their life, strength and work. I wanted their hands to be identified as and to reflect their portraits. In the film, when the grandmothers first appear together, their hands appear instead of their faces. By highlighting close-ups, their portraits, hands as well as figures from the lower camera angles, I strived to show the strength, character and monumentality of these two protagonists.

The apple peeling scene relies on still life motifs that appear in a few other places to highlight the vanitas theme and transience, as well as to include and depict the life of an atmosphere and the intimacy of the interior.

TS: There are many animals in this film. For me, ants are very impressive. They walk on an apple, they gather on woman's barefoot. Do they have special meaning in this village or Bosnia, or for you?

MN: This sequence explains the initial idea of the film, which is to depict everyday life in the countryside and to intertwine and connect nature and man. The work of man is glorified and mixed with the microcosm in his environment. Regardless of the monotony of work in the field, if we peek beneath the banality and begin to think about the micro life around us we will discover another wonderful and fragile world.

TS: The core of this movie is the relationship between two women. Almost without words, but we can understand that they connect through your movie. How did you find them?

MN: Right. The closeness, purity and caring of these grandmothers stand out. They establish this closeness without verbal communication. They "talk" in silence and deeds, because they no longer need words. I desire to portray a part of life without being burdened by words.

In addition to the closeness in their reciprocal relationships, the same is accorded closeness in relation to nature. The only communication they establish is with nature and animals. Nature is the entity with which they communicate.

How I found them:

I grew up with them in the same village. When I was little, I used to go with my sisters up that hill to keep sheep together with older grandmother, Obrenija. It was always interesting for me to think about their thoughts. What do they think as they spend all day in the meadow with their flock? In spending time with them, I learned to think about the life of dandelions, bugs, ants, and other insects and plants.

TS: And your film makes audiences want to know more about women. Could you tell me about their life or history which audiences can't know only through your film?

MN: The grandmothers, Obrenjia and Vinka stay at the hill, where they are the only inhabitants, from the beginning of March until the first snowfall. Due to the wishes of the elderly grandmother Obrenija to spend the rest of her life in a house from her youth. They would grow their crops on the hill and take care of their livestock. This year this has not been the case since grandmother Obrenija has passed away. Grandma Vinka now lives in the village with her family.

Although the audience often thinks so, it's not about mother and daughter. In fact, they are not related to one another but have been married into the same family for different generations of men. Both are widows and the younger grandmother took over the care of the older one.

MN: I must admit that I do not keep up with the current situation in Bosnian cinema. I did not watch the films of the directors mentioned.

Although, I would not say that Bosnian cinema is at an enviable level. From the stories of friends, I get the picture that she is in a bad situation and discouraging and that young director are left to themselves. One of the facts is that young people are leaving Bosnia, including myself. The part that I know from personal experience is that the arts and culture are on the margins, and funding them is unfair and prolonged.

TS: When movie lovers in Japan want to know Bosnian cinema history, what Bosnian films should they see? And why?

MN: I would like to single out only one of my favourite films, and that is the Bosnian film “Landscape with a woman” by Ivica Matić. A film where art and nature are intertwined. Through pictures, the director paints life. The landscapes blend with the naïve painting of Ismet Ajanović, whose paintings Matić uses in the film. When a forester carries his paintings through landscapes, they merge and become whole. A beautifully presented conflict between artist and society, as well as the artist's pursuit of freedom and justice. The film also reminds me of “Pirosmani” by Georgian director Giorgi Shengelaia. Both films speak through naive painting and portray a misunderstanding between the artist and society. The director succeeds in taking a peek into the Bosnian landscape and putting it in the movie frame. I could say that this film stands on a birch easel.