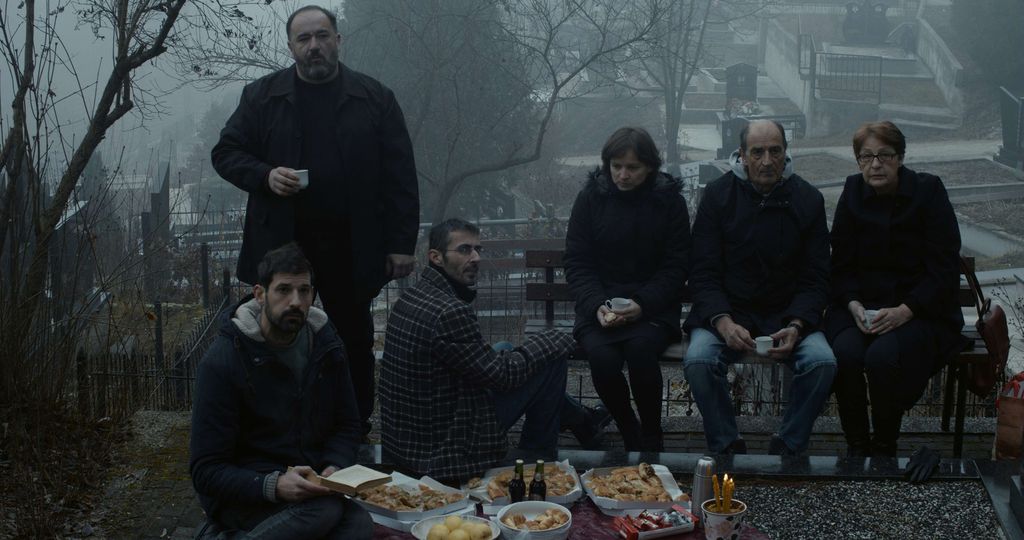 LOCARNO FILM FESTIVAL COVID-19 HOW I BEAT GLUE AND BRONZE

Locarno 2020, For the Future of Films. New age - new solutions. All this, of course, caused by the Covid-19 virus pandemic, which turned the festival's traditional gatherings into online happenings. Of the 2,200 films submitted this year, 42 films have entered the official part of the program. Vuletić's debut is so well deserved in the race for the Golden Leopard and a cash prize. How I Beat Glue and Bronze is an author's master thesis after four years of studying film directing in Hamburg. It should be noted that Vladimir Vulević first finished literature in Belgrade, so a kind of classical foundation in his expression is thickened by the literary background. Often, for the first film, the directors choose a theme that follows them from their homeland and growing up. Memories from the homeland and a family scrapbook are the subject of this short and gloomy story of disappearance. The disappearance of a small town, its people and good memories, as well as the physical disappearance of the main character of this elegiac story - Mihajlo.

For Miha, the lonely life in the foggy, gloomy town of Priboj brings nothing but a sad and predictable everyday life. Day after day, grey and monotonous. And the same as the previous ones, like in some bad futuristic movie. Through the narrative introduction of his ageing neighbour, we get an introduction to Miha’s gloomy life. The everyday life of a man who did not recognize the momentum in time, and got stuck in the place of growing up. A place that experiences its beautiful moments only in stories about times long past.

Trapped in a world of memories, middle-aged people, living on the famous line - jobs, houses, pubs. The world revolves without them until they completely fade and disappear. Like I beat glue and bronze is just that. A chronicle of a disappearance. The inability of middle-aged people to break away from the greys of post-industrial towns that are counting their last days with them. Everything in Priboj is about to disappear. From the factory that was once the driver of prosperity and the future of the whole region, to the pub as a symbolic place of local flavour. As the factory disappears, so do the people. Only those who chose it remain because they cannot cope in transition times. They imitate the life path of their parents. Both grandparents. Until they disappear. Until they physically disappear.

Vulević, of course, experienced firsthand the transition of post-industrial reality in the Balkans. His testimony is thus a first-hand mention of the degradation of the system, which allowed ordinary people to build a life and start families. Growing up in Priboj is a traumatic testimony to how difficult it is for people, ordinary people, to adapt to new times. Times that have nothing in common with old moral postulates. Honesty is now a disagreement. Love for the mother's breast is a weight that hinders a man from earning his place in the new order. Both economic and political. When Michael’s sister talks about her 10-year-old daughter’s need to express herself through religion, she doesn’t realize it’s not a deviation. It is adults who are a deviation in the new conservatism.

Vulević also wrote the script for the film. Luka Papić worked with him on the film, as an editor and director of photography. HFBK Hamburg also participated in the financing, and it was created under the auspices of Ranch Production. The film stars Hasan Čiči, Rasim Ćelamehmetović, Dragana Vidaković, Sasa Bjelić, Iva Bjelić, Dragana Lalović.

Whether the film has its chances at the 74th Locarno International Film Festival, we’ll find out soon. The competition part lasts from 5-15. August. The winner of the Golden Leopard will be announced by a jury composed of - Kiri Dalena, Philippines; Mamadou Dia, Senegal; Claudette Godfrey, USA. There are 31 films in the competition, the duration of which must not exceed 59 minutes. The winner also receives 10,000 CHF, which is not a negligible amount.

I believe that director Vulević is already satisfied with the fact that the premiere of his film is at the Locarno festival. And in the official part of the program. This is great recognition for the author's work in the category of the short feature film. Let me remind you, there were over two thousand films in the selection.