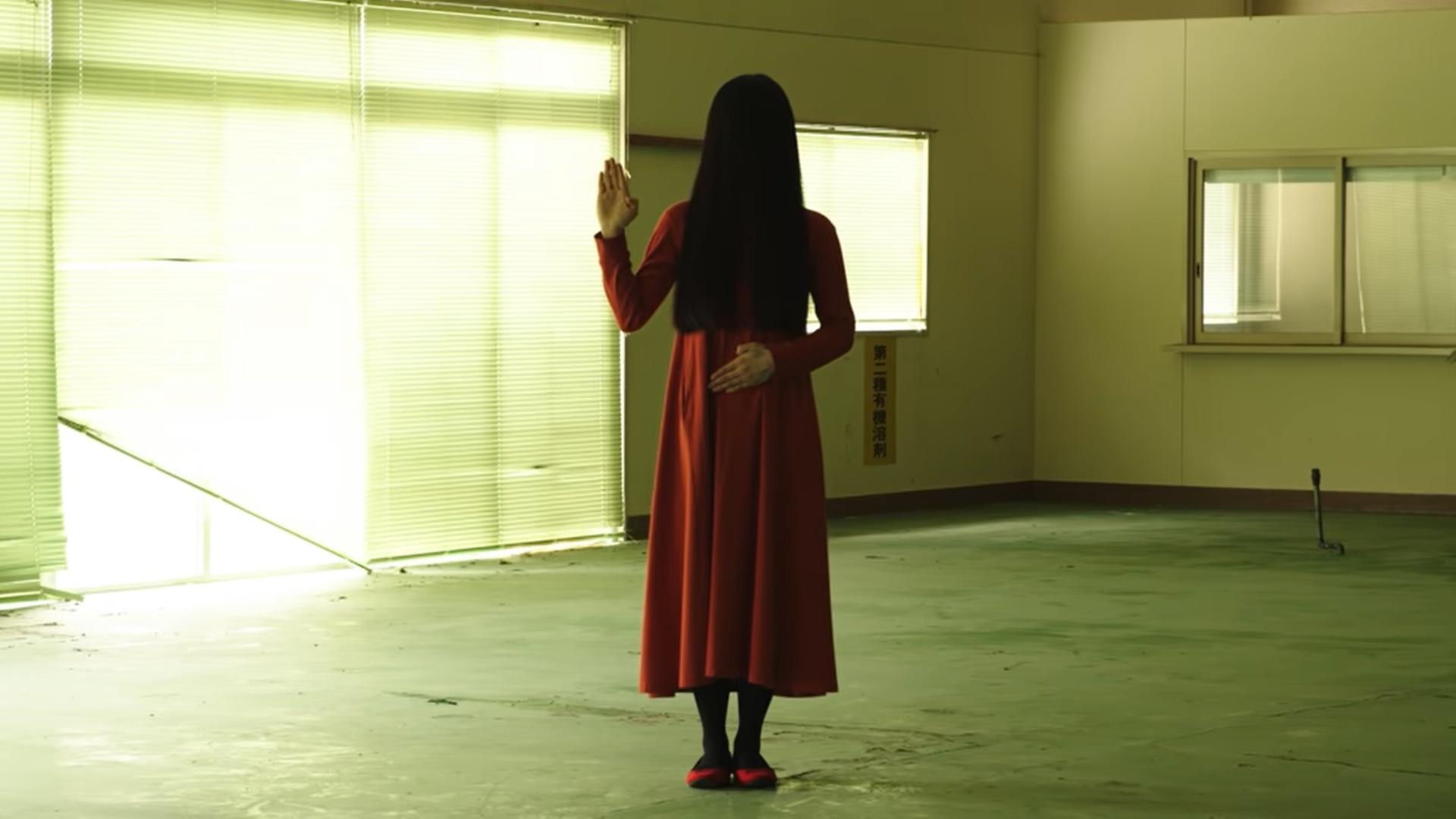 Kienai - Japanese absurdist horror at the age of Coronavirus

Is Youtube short still a video or rather a film?

As a Japanese film critic, I always doubt that Japanese cinema is great like foreign critics and cinephiles say, although I must admit that Japanese “horror” cinema is great through its cinematic history. For example, A Page of Madness showcases the intersection of horror and experimental cinema. One of the most critically acclaimed horrors of all time is Kwaidan. Japan has modern horror maestros like Kiyoshi Kurosawa or Hideo Nakata who urge critics to generate the word “J-Horror”. Of course, there are also verdurous newcomers like Yuugo Sakamoto. I can't count how many great Japanese horrors and filmmakers exist.

Furthermore at Halloween, we witnessed the advent of the brand-newest maniac from Japanese genre cinema. On the Youtube. “Kienai / 消えない”, which literal translation would be It Doesn't Disappear, follows an ordinarily idiotic youngster (Kazuhiro Sawada) who, although his friend warns him, walks into an eerie ruin, and, as you expected, he gets haunted by a long-haired, faceless female ghost, like Sadako in Ringu wearing a blood-red coat of a killer from Don't Look Back. As he comes back to his home, he notices that the ghost doesn't disappear, and now he is forced to live with her.

Kienai is 10-minute short horror directed by Kouichi, who is famous as a popular Youtuber in Japan... Well, you must think “Hah, film directed by a Youtuber, you must be joking right? It's not film, just video”. I understand your feeling overlapping despise for Youtuber's vision (In Japan, there is a critic who says to Youtubers “Watch Bresson”), but that is a bit underestimation for this talented genre excise. Let me explain about his career. Kouichi started to make a video on Youtube when he was in high school, categorized as a ridiculous comedy full of adolescent sense of humour which makes me smile sometimes, laugh out loud frequently. But his style has gradually changed through the years, affected by his preference of strange film and manga, and his works (always 1-5 minutes) became different beasts like dark absurdity floating between nonsense comedy and disquieting horror. And stepping forward from his comfort zone, he made this small, yet highly interesting film Kienai.  At first with sharp cinematography, by Ryou Muramatsu, full of spooky yellow like gastric juice, Kouichi illuminates terror and tension as if a rotten liquid crept silently on your skin and sense itself.

Then, you will notice soon that it takes an unexpected turn in the daily life of Japan. Desperately the protagonist is asking a medium or going to the shrine, to dispel the ghost, but he can't. The ghost is at home, at his office, at the cafe. Everywhere and every single day. So, he gets accustomed to this bizarre situation. “Unusual” gradually becomes “usual”. This sense might be felt by not only Japanese but people all over the world, because of the Coronavirus disaster where death, suffering, anxiety melt into the air we breathe and the daily life we live, in a tranquilly unprecedented way. Kouichi describes this peculiar atmosphere, or tragically international zeitgeist, skillfully invoking the style of J-Horror, in Kienai.

Moreover, while this film inherits the atmospheric spookiness of J-Horror like the works of Kurosawa (To me, especially “Pulse”), it wields also very complex humour. The protagonist's effort to run away from the ghost is so miserable and tear-jerking, that your mouth will be distorted with a dry smile. Here, Kouichi's sense of humour is contradictory. Highly surreal on the one hand because it is based on our terror for something spiritual beyond understanding like ghost or yuurei in Japanese, still quite down-to-the-earth on the other hand because it is rooted deeply in our minimal daily life in Japan which is being distorted by Coronavirus.

It means that this film is a dextrous combination of J-Horror sinisterly and absurdist comedic sense, in not an explicit, yet delicate way. What I must say here sadly is that this film is without English subtitles, just Japanese audio. But I believe from the bottom of my heart that great film always doesn't need any subtitles, because it attracts us with not its words, but its distinctive amalgamation of words, sound, atmosphere, acting and vision itself. So please be terrified in a born-dry laugh by the advent of our future genre maestro, Kouichi.