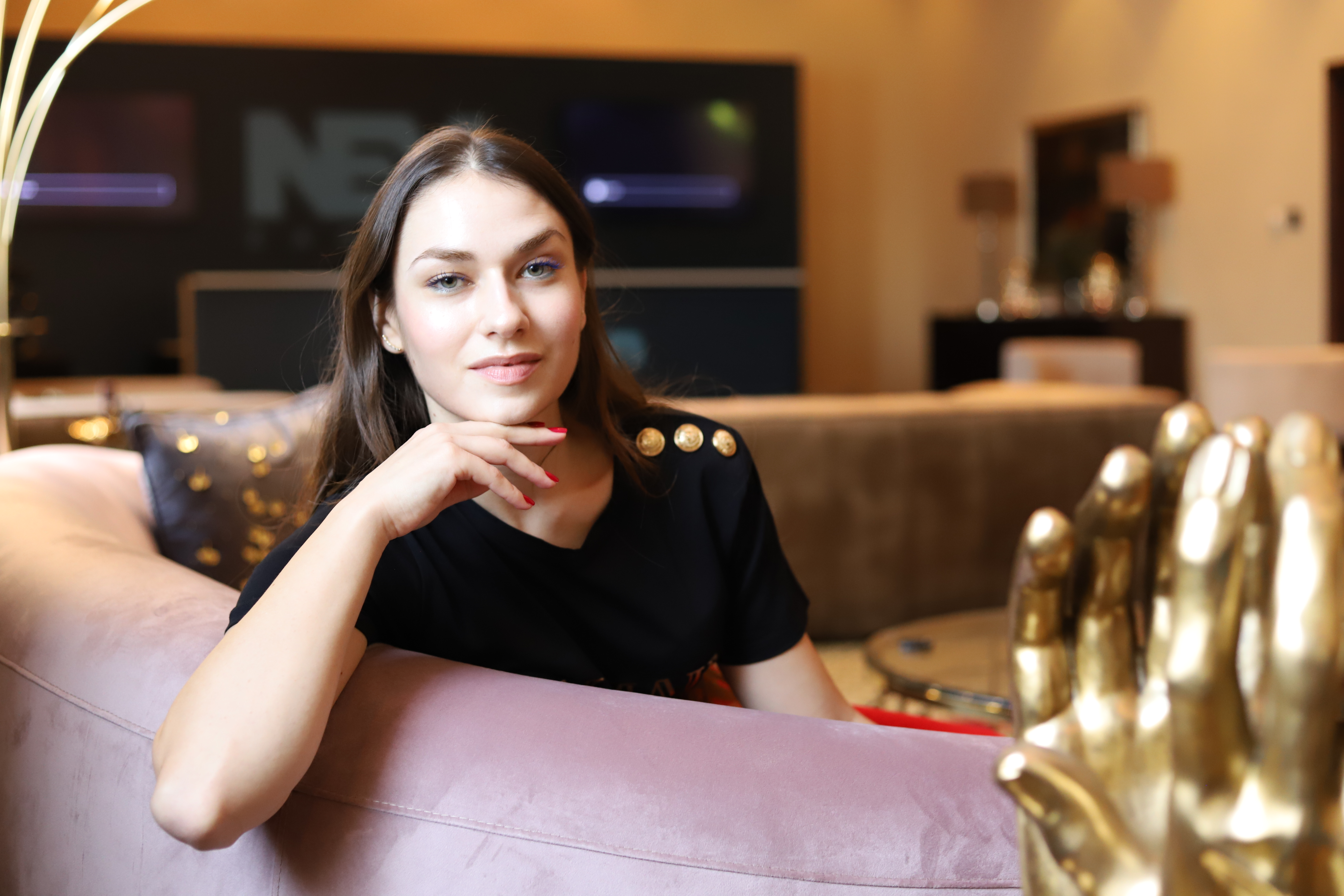 Ivona Tomiek, the winner of the Monologue Competition on Duart´s Instagram talked with us about her passion for languages, TV series, films and BBC.

We had the pleasure to talk with Ivona before the official start of the NEM conference in Zagreb. In a big star-style, we had an amazing room decorated by Kare, a fashion furniture company, and a lot of good drinks surrounding the room, but unfortunately without any water. Nevertheless, Ivona is a real polyglot, she speaks 7 languages and her biggest passion is acting. Since she was little, she was a part of the theatre through dancing, but later through her literature college in Ljubljana, and joining a theatre group really opened her up. This is when she realized acting is what she wishes to do.

She is based in London, she liked the opportunity to join the online competition and even though she wasn´t so happy about the tape she did at the beginning, after receiving a lot of compliments from her friends she realized she has a chance of winning the award.

She didn´t expect anything, but it turned out great!

How was to see others doing the same monologue?

It was actually quite hard, because you see others and how they did this or that better. But it is always nice to see other people’s approach.

Did you want to change it, send it once again, do it differently?

Yes, I was constantly thinking “Oh my god, I pronounced that word wrong, I should do this differently, maybe I was too expressive with eyes”. It’s always good to see others work and how many variations one monologue can have.

I´m sending a lot of self-tapes, but with no luck at the moment (laughs). But it´s interesting, because not a lot of my friends knew that I was that much into acting and being so serious about it. They knew that I was in theatre as a kid and in the theater group in Ljubljana, but they didn’t know I was so serious about it. But then when they finally saw me, they said I should definitely do it and work with that. So now I am just working and hoping something is going to open up. It´s hard, because sometimes I wonder if it´s worth it, am I going to make it? Their positive comment about my performance really pushed me to work and to do my best.

What you would like to do? Where do you see yourself in 5 years?

I would like to do projects that would allow me to live my life just by doing that – acting. If I can be a big dreamer, I would like to get cast in a BBC series. I am watching them from when I was little, and it would be a huge thing for me. I would really enjoy doing that.

What do you expect from this conference, what could NEM bring to you?

I expect to learn a lot of new things, to gather a lot of different information, and to see what I can do with that. I hope to meet a lot of people and make some contacts which could help me in my future career.

How is this industry different from the others? Do you feel like you’re „selling yourself“ when talking to directors and producers?

I think it’s much more personal because you are always presenting yourself. You are your own project. It can be intimidating sometimes, you have to be really open to people. I´m quite shy and I tend to close up myself, but also it takes a lot of effort to constantly be open. So often I say to myself to calm down, relax and think of a wonderful day that I´m going to spend in this industry. Because business for me is strictly business, however acting is more personal for me…it’s just yourself. At the end of the day, it’s just you and your thoughts, work, passion…

Do you have a quote that is important to you?

Try again. In the end, you can never give up. Because if you do, it´s your fault that you lost maybe some other chance to succeed.

Through acting, I discovered there is something else out there, something more, not just me. I discovered another part of myself, new emotions, and that’s why acting is something I would like to do. That´s why, for me, it’s important to always try again.