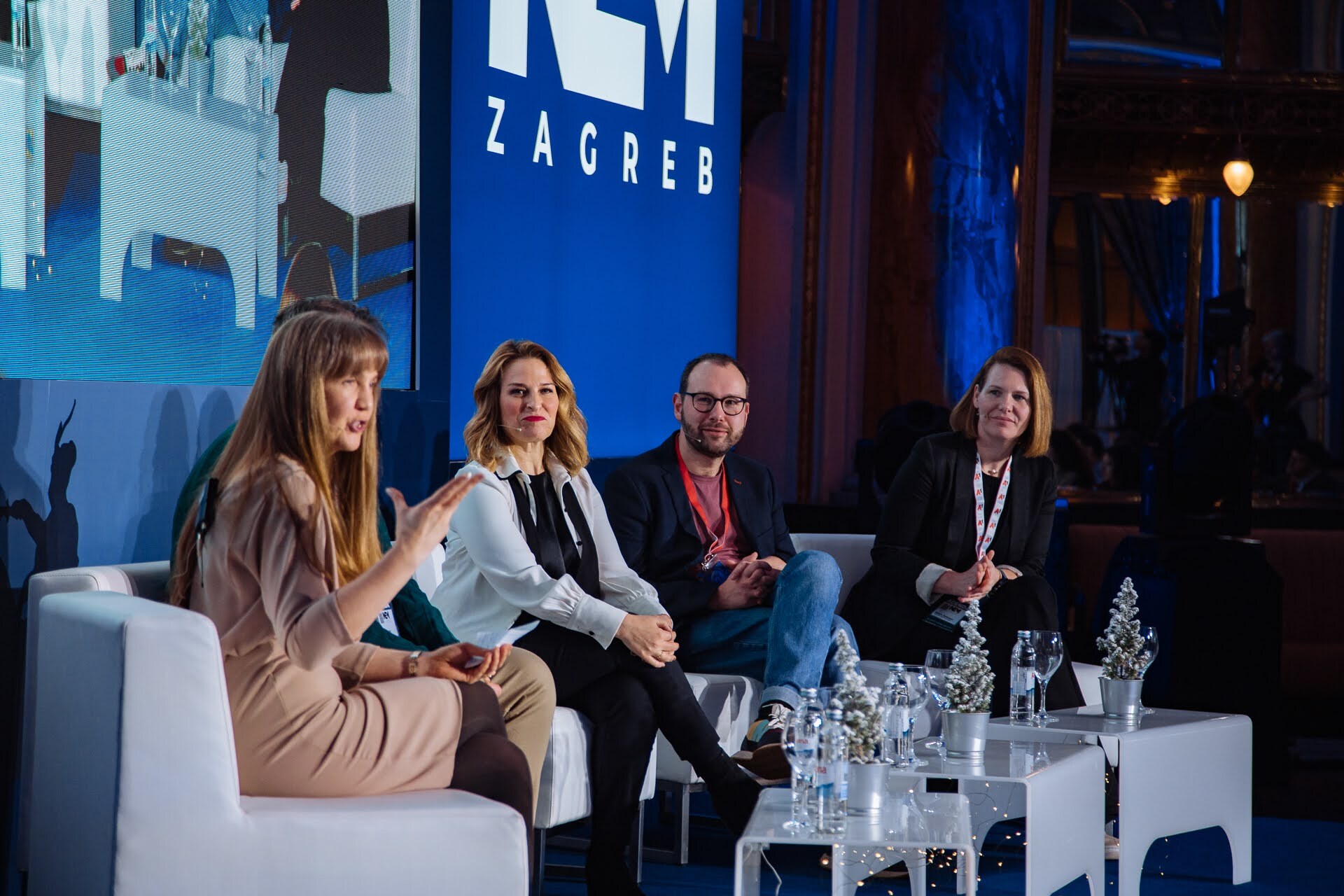 Listed twice as one of 500 Leaders by Variety, Danna Stern talked about importance of conferences and telling the stories in appropriate way and within suitable strategy

You were working for Yes Studios for many years, what at the end made you leave open your own company and start another journey?

Well, I think for me personally it was, this is post-COVID and I just took stock of everything in my life. And it was my house, my relationship, the work I was doing. I saw it as an opportunity to do something with passion and change things that might not be working as well. So, I changed two out of three. I changed my job, I changed my house, I moved to another country, I kept my partner and I kept my kids. (smile) But that was really it for me. And I felt I was with the company for a very, very long time, for 23 years, and Yes Studios that I founded for six years. I felt that I took it as far as it could go within the existing structure. And being owned and tethered to a platform, a local broadcaster, is great because you have a continuous pipeline and you have a screen and a great brand and obviously a relationship with creators. But also there are things you can and cannot do in the certain people that you can partner with or certain programming you can do.

During your presence at the Yes Studios, you managed to achieve many, many things and many important things for the whole Israeli audiovisual industry. Do you have maybe one thing that you're the proudest of?

It's hard to pick one thing. I mean, the project that I love the most and I love all of them, but obviously, Fauda has been great and I was fortunate to be there in the beginning and to be able to bring that show to a global streamer and be the first foreign language show of that streamer is great timing and great creative and a partnership that is still ongoing today. I value the relationship with Avi (Issacharoff) and Lior (Raz) the co-creators of Fauda “the gift that keeps on giving” as everyone that has worked on that show has gone on to much success. Another project that is close to my heart is a show called “On the Spectrum'' which is about 3 young adults on the autistic spectrum sharing an apartment. As soon as I saw the rough cut for the show I knew what the strategy was; I knew what we needed to do to get the show seen by as many people as possible. It is a rare case of planning and execution coming together. The series won every award it was up for from Korea through France, it was remade in the US for Amazon Prime Video and is available on HBO Max.  Having a strategy was, and being able to deliver on that strategy, is great.

It's amazing when your passion and work interact and it becomes such a success. But aren't you afraid that there will be a moment when every story becomes the same? Because, we heard that the analytics showed that if within the story, in the fourth minute of streaming nothing happens the viewer leaves. Do you think that following these rules, the stories will eventually become the same?

Now that I'm independently producing, I get so many things pitched that at some point, I just said enough. Like I wasn't going to read anymore and I told everybody that I was capacity. I'm one person…I partner up with people, but essentially, I'm one person. But then, there's always something that comes in that you're like this is such a good story. I have to tell it, I know how to tell it. I know how to facilitate. I know how to help. There is always going to be something that’ll spark something in you.

For example, recently I was in Nigeria, and my bodyguard is also a member of the Nigerian bobsledding team. How do you not want to tell that story?

As a person and as a professional, and as somebody that can help make stories happen you're just going to find your energies and excitement again.

How did you keep that energy and passion through all these years? I mean, I mean, it's amazing that at conferences like NEM Zagreb, you're speaking about the facts, about the reality, how the industry works, about numbers, about analytics. But then again, I see you are passionate about the stories. It´s amazing.

I´m very fortunate that this is what I do. And I think you can't do this for a long time if you don’t love it. It's all-encompassing. I almost want to say we're not in it for the money because with the same skill set you use in a lot of these things you could be doing something more financially lucrative. But I think that's a privilege to be able to do this. I think, people certainly the ones that do it for a long time and do it well, do it because they really love the storytelling. So you either drop out early or you stay and you have a renewed passion.

You were listed twice as one of 500 Entertainment Business Leaders by Variety I wanted to ask you, does it become easier or harder?

Yes, corporations are great because they give you almost like a “last name” right? They give you credibility, an email address and clout when you come into a room, but they're not who you are. And once you leave those credits and the story belongs to the company and not to you, what you have is your abilities, your toolkit, and your actual things that you do. Don't ever let that go. Don't become too complacent and too much of a manager to let other people do the work you should be doing, because you're just going to make yourself better. Remember, don't get complacent, and don't misconstrue the title and who you actually are. I've seen it happen too often when people believe they're that much better because they have this title, but it never works. Because when you are going to hit the ground and you're going to hit the ground again, it's not about the title that goes away, and the company - that goes away and then  it's up to you. Continue doing the work that you actually did that got you where you are.

How important are conferences like NEM to be present at, to speak at, for younger producers and also established filmmakers?

This amount of travel is not necessarily for everyone, but for me restarting I feel like I need to be present and explain what it is that I do or what I'm looking forward to doing. You cannot work internationally today if you don't get out there and you don't make relationships and you don't listen to the buyers and the commissioners and know the trends, it's super important to understand the industry and how it works.

I've been doing this for so long. I sit in on panels, I listen, I write takeaways, I learn, I read a lot. And I try to be, you know, on top of my game. And I recommend that for everyone to do this as this is the business.

You are also a board member of the organization Woman in Film and Television in Israel. What's the situation in your region regarding diversity and inclusion?

It's a work in progress. First of all, thank you for that question because being incorporated there were a lot of things I couldn't do and as soon as I left I started doing a lot like being on boards and lectureship. So I am very happy to be able to use my time to give back to the industry and to women in particular. We have female directors on our board, actresses, there are other producers,  writers etc.. We all came together, started a nonprofit and we launched our first project. We're right now in the middle of our first mentorship project. We put out a call for women who have been to film and television school in the last five years. We had 150 applicants for our first mentorship program. I am proud to say that every woman we asked agreed to be a mentor so, I feel we're really creating a community and hopefully a difference.

We think it's really important that you, as a strong woman, represent all the women in the industry in your country.

I don't represent all of it. And I represent a little part of it. But if I can pick up the phone and help a woman, I will absolutely do so. I try to do it for everyone, but I will especially do it if it's a woman. There is a female writer I know that didn't get to direct the first season of her very personal series,  but now that it’s been renewed for season 2 - it was contingent that she directs. I was texting her the other day and asked how's it going? What's the deadline? She says, oh, I don't know if I'll have time to also direct because I also want to have a baby. And I said to her, this is the most female thing I've ever heard in my entire life. You can do both. And I will personally come and I will babysit for you.  That has to be a message, we need to support each other.