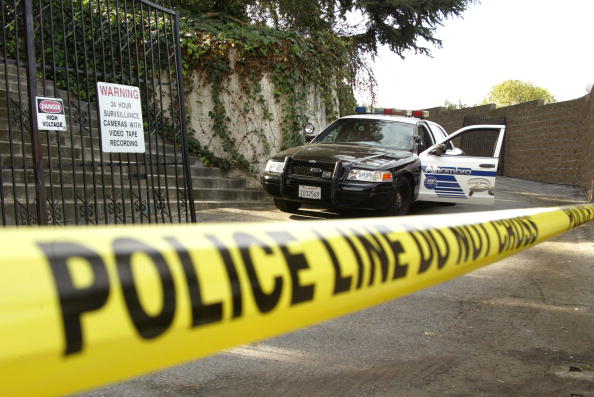 An overview of some of the most intriguing crime dramas

When found in the middle of a surge of festivities and the jingle bell music, some fine crime drama might be desired by many. To keep enjoying the recent crime series coming from the UK, Germany, France, and Spain, and especially HBO's True Detective trilogy, which is still ga ining viewers, a small overview of titles follows for those who might want to kick off the last days of December with some handsome fright and Scandinavian thirst for silence and gore.

A pattern of bare mountains, then a piece of rumpled skin, desaturated to a presentable halt of the north. The opening credits of Iceland's Trapped sway in with eerily soft tones of late Jóhann Jóhannsonn and his younger colleague Hildur Guðnadóttir.

Andri (Ólafur Darri Ólafsson), a local police officer, is found torn over the upcoming holidays, with his ex-wife coming over with a new fiançe and his two daughters soon leaving to Reykyavik. As he's living with his parents, he often finds himself in a grumpy mood. Being out of shape, he is faced with a challenge to repair a hiccupping truck. Luckily, the inhabitants of Seyðisfjörður are gullible enough, so the worst thing on an ER radar is perhaps some speeding, even with an odd-hero in the picture who is still blamed to a mysterious fire in which Andri's sister-in-law died.

Baltasar Kormákur delivers his chilling story between the deep silence of fjords, as a limbless and headless body is found on a docking fishing ferry. Colliding with rumors of human trafficking, all the halted passengers are ushered to the surrounding homes as a blinding snowstorm blasts overhead.

With a shared atmosphere of his previous work with Ólafur Darri Ólafsson (The Deep, 2012), the foreboding deeds here take root swiftly as past and present are stirred with consuming force. Nature plays here an equally prolific role as it is contrasted in stark whiteness, the kind of loneliness that can own life only in the places where a man feels completely cut off. It is a sensory experience in the shapes of this desolate island, confounding the entire force to look for pieces of a device in pitch midnight and deep, darkening snow.

With an emotional upheaval stretching strongly through the whole of the first season, Stellan Skarsgård embodies River, an investigator dealing with his partner Jackie Stevie (played exceptionally by Nicola Walker) recent shootout murder. His stern, controlled reactions with almost no expressive forced to give way to a surmounting loss going about making him the first object of mystery.

With an anchoring performance Skarsgård, this slow unveiling narrative sets the action on the course with River's mental map. In a nuanced narrative, we may find ourselves questioning our simplified reality of Agatha Christie's perpetrator-victim crime as River's abilities to converse with his deceased colleague (and many others involved in bloodbaths) make up a collage of psychological analysis. Admirers of The Bridge might find themselves at home with River though the materiality of factual crimes is ever presently drawn through a  mill of an almost psychic analysis. He sets to explore the conscious and unconscious of mind, coping alone with an astigmatic way of life, as his therapies prove to be more misleading.

Every family has its secrets, sometimes also a detective investigator covering his brother's doings. Abandoning Oslo after a compelling testimonial against a corrupted colleague, Nikolai (Tobias Santelmann) heads back to his hometown hoping for a much-needed respite with his brother Lars, an undistinguished local policeman. Not a full twelve-hour later he is awoken by a call for help from the force asking for assistance. A body was found, the circumstances are murky and Nikolai's brother is far too hungover to be of any help.

With some fleeting sense of rush and less pleasant ending, Norweigan Borderliner sets marks among the Scandinavian noir company with its prolific acting execution and character development. Earning points insofar as the questions of sexual identity, loyalty, and moral-compassion are acquitted from the checklist, the cat and mouse play between Nikolai and Anniken (Ellen Dorrit Petersen), investigator in charge, is surely a good choice for some binge-watching on a Friday evening.

Straight up in a chair in the interrogation room, a woman stares with regal disregard deep into the camera's lenses. Eight names roll as a question, a sole yes ensues followed by a self-conceited pride on her side. A mantis is present in her thirties, her eyes unflinching as she takes full responsibility for castration, decapitation, drowning and hanging of men who abandon their wives or abuse young boys. With an orderly manner of a tamed beast, Carole Bouquet as ill-famed Jeanne is captivating as a vigilante-serial murderer in Netflix's La Mante. And if ever, hell hath no fury like this woman, scorned. If you think Luther made it to the handsome peak of the nowadays prolific minehunting, this french rendering will take you perhaps even further.

Much like an upturned, We Need To Talk About Kevin, La Mante presents a severed mother-son relationship full of silent rage. A trained cover-up policeman Damien is at the heart of this chess play, whose Spartan brusqueness is more than justified by the fact his mother is serving a lifetime sentence as La Mante. After a copycat ensues after 25 years, threatening to repeat the full series of murders with a more random choice of men, Jeanne decides to help the ongoing investigation given her son is the one leading the search. Though enough space is given to some wonderful character interplay, even with a rare comic relief, this is a one-woman show that will keep you gritting and shivering with Mantis'  frightful exactitude of killing by instincts so distorted humanity is greatly doubted.