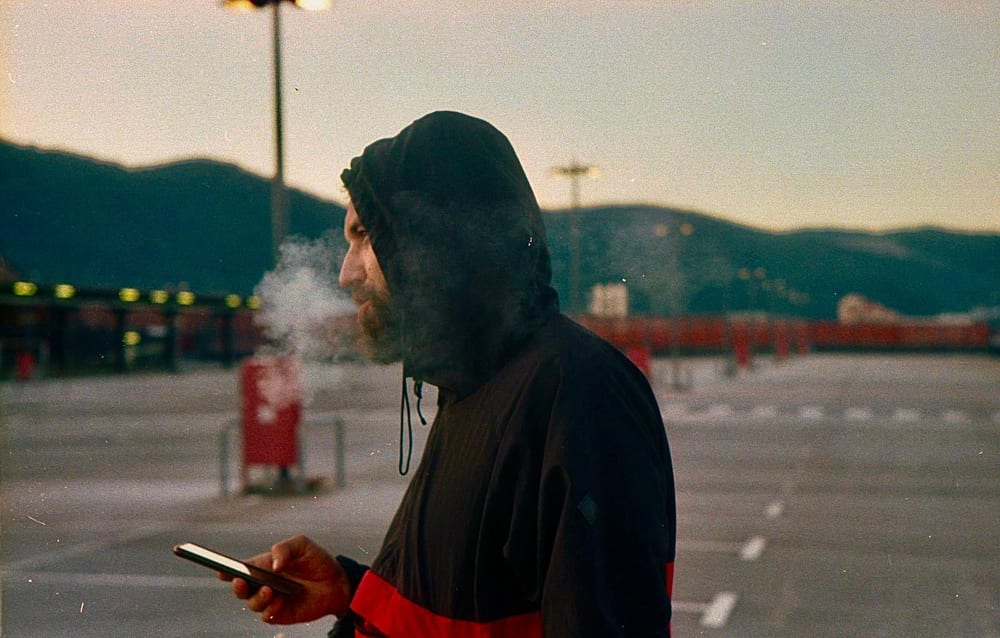 Tin Žanić graduated from the National Film and Television School (NFTS) with an MA in Fiction Directing in 2017 as a Croatian Audio-Visual Centre scholar. Prior to NFTS he finished his BA studies in Film and Theatre Production in Zagreb. His first two short movies as an author, Komba (2011) and Manjača (2014) both received awards and special mentions and were shown in A list Film Festivals, TV and Film Markets such as; Rotterdam Film Festival, Clermont-Ferrnard, Tampere Film Festival, Sarajevo Film Festival, Hamburg film festival, Zagreb Film Festival etc. His newest film "Antiotpad" premiered at 26th Sarajevo Film Festival, and I interviewed him about this incredible short.

First, why did you want to be a film director? How did you become a director?


Well, the idea came to as a sort of epiphany while I was in detention in high school. But as a kid, I read a lot and  I remember I would put myself to sleep with just imagining random stories. I think that's the root of how I became a film director,

When you started to be interested in film, what films did you watch? And what films could you watch at the time in Croatia?

I watched as much as I could, but I would never call myself a cinephile. I'm a filmmaker. If a had to I would point out directors like Haneke, early Almodovar, Andrej Zvjagincev, Carlos Reygadas, Bong Joon Ho, Takeshi Mike, Coppola, Carpenter, Fincher.....There were quite a few arthouse cinemas in Zagreb when I was younger so I never had a problem accessing films outside mainstream Hollywood, and what I couldn't see in the cinema I downloaded. Don't judge me.

What is the starting point of your film "Antiotpad"? Your own experience, news in Croatia or some other news?
The starting point of the film was when Filip Rimac (DOP and one of the screenwriters) came to me with an anecdote that happened to him one summer day while in Zagreb. There's a scene in the film based on it (when the protagonist breaks into the house with the kid). We both live in Zagreb, capital of Croatia, a country famous for its beaches, beautiful coast and lively summers, but summers in Zagreb are different, especially when we were kids. The biggest city in Croatia during the summer would become a ghost town due to most people emigrating to the coast. Since we both experienced that feeling of living in the "ghost city" and felt it's crushing post-apocalyptic atmosphere we wanted to incorporate in the film since we feel it's unique. We both at one point in our lives skated and roamed through the city, coming home only to sleep at night. Spending that much time outside you meet lots of different people, see different stuff and hear lots of stories. The whole film, story, the setting in homage to that part of our lives.
This film starts with the powerful first shot. The landscape that a car in on fire in the darkness represents how sinister and terrifying this film expands. How did you decide to choose this shot as the first sequence?
When we made the first cut of the film we didn't like the beginning. It was weak. We dug deeper into the protagonist mindset and we came up with this. We wanted to hypnotize the audience, raise the interest in his character. Jan Klemsche, the editor, had the idea to start with fire. From that idea, I constructed the scene.
One of the most impressive things is its cinematography by Filip Romac. Through his eyes, Zagreb seems to be the ruined city haunted by a ghost. On there, violence rooted in the daily life transforms into desolate, devastating poetry audiences can rarely see. How did you construct this powerful style of cinematography on the set with Mr. Filip Romac?
As I mentioned Zagreb during the summer becomes a totally different city, a ghost all especially when we were younger. All the fun would move to the coast. It was important for us to capture that atmosphere. I did a lot of location scouting and wanted to prepare as much as the possible onset. I improvise onset only when the plan is carried out. So that's why we did as much shooting rehearsals on location with actors or stand-ins.
One of the keys in "Antiotpad" is sudden, forceful violence which deepens desolation and desiccation the film has. So, what is the most important thing when you depict violence on the set?

I guess zo look organic and natural it's important to know your character, what motivates him, what scares him etc. That something you explore while writing the script and also during the rehearsal with the actors. It's also important to find the framing that fits both the physical and emotional part of the violence. 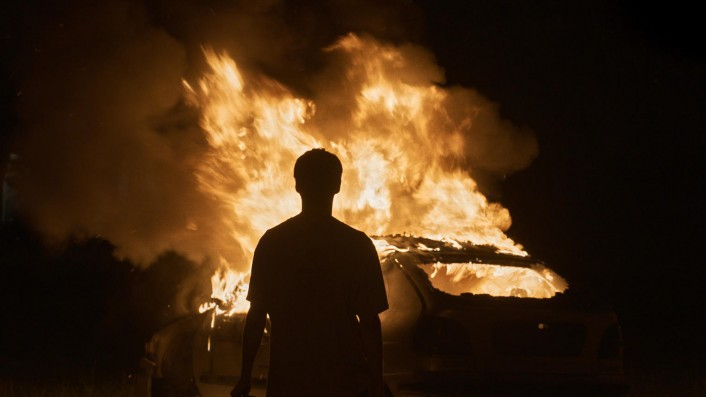 I'm impressed with the presence of the protagonist played by Bernard Tomić. He doesn't show his emotion explicitly but exposed by the violence he transforms into something unusual, which reinforces this film's deep powerfulness. How did you find Mr. Bernard Tomić? What is the biggest reason that you chose him for this film?

I found him at the audition we made. At first, we wanted to go with the nonactor but after a few rehearsals, we came to the conclusion that we need a pro. Bernard is a schooled actor but not a typical one, he's kinda a street kind and has a natural toughness to himself which shows. Also, he's super talented.
How is the current situation of Croatian cinema? From the outside, the situation is good. Talented filmmakers appear at the prestigious film festivals like Hana Jušić at Venice, Andrea Staka at Berlin, Jure Pavlović at Tallinn etc. But from inside, how do you see the current situation?

Things got better once film funding was separated from the ministry of culture and therefore from political Influence.
If you choose one favourite Croatian film, what film do you choose? And I want to know why. Is there a personal memory?

I'm working on an experimental film. Hopefully, soon I'll have a feature project.