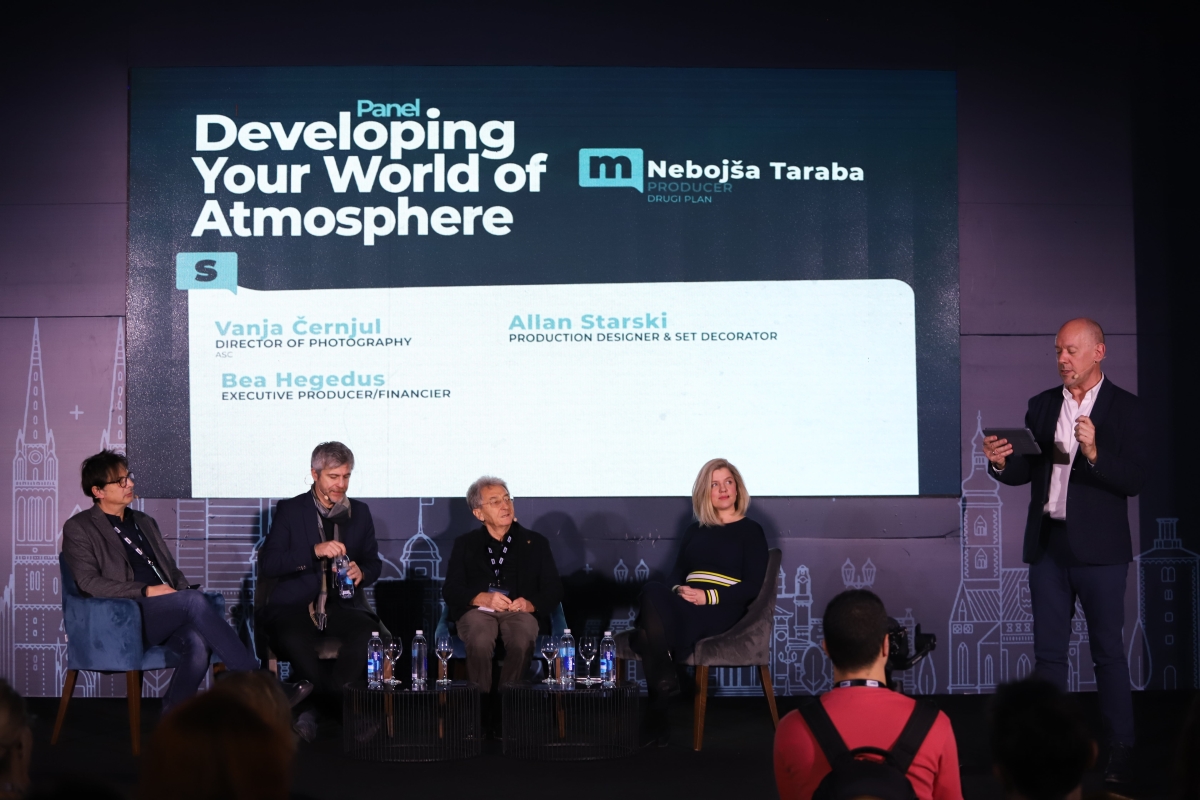 The day started out with screenings by All3media international with their new series Blinded and by Yes Studios hit series, Your Honor and followed up with a Q&A with the head of Yes Studios, Danna Stern.
The keynote speaker of the NEM conference was American television producer-writer Frank Spotnitz from Big Light Productions, who has developed shows such as Ransom, X-Files, and Man in the High Castle and has been working behind The Alliance's big-budget drama, Leonardo. He discussed how viewers around the world have an appetite for non-English language dramas and how this is signaling a big change in the marketplace.
The final day at NEM had appearances from actors Billy Campbell (Cardinal) and Sebastian Cavazza (The Lake) who discussed their experiences on working on their television series.
Also present at this year's NEM conference was the media mogul, Larry Namer, who co-founded E! Entertainment and other media companies around the globe. Currently heading the global entertainment group, Metan Global Entertainment Group, Larry discussed his current projects in the Chinese market and the differences in doing business in the Russian and Chinese markets. He gave insight into how failing in Russia and China have different opposite outcomes. "In Russia, if I fail in business, I could lose my life but in China, I only lose money. That's the difference in doing business in those countries."
The conference wrapped up by taking shuttle buses to the HRT headquarters for a live Christmas Show and afterparty.
NEM Zagreb 2019 was a success that now cements itself as the go-to festival in the film and TV market. The next NEM conference is in Dubrovnik in 2020.
Šime (Simon) Ćurčija