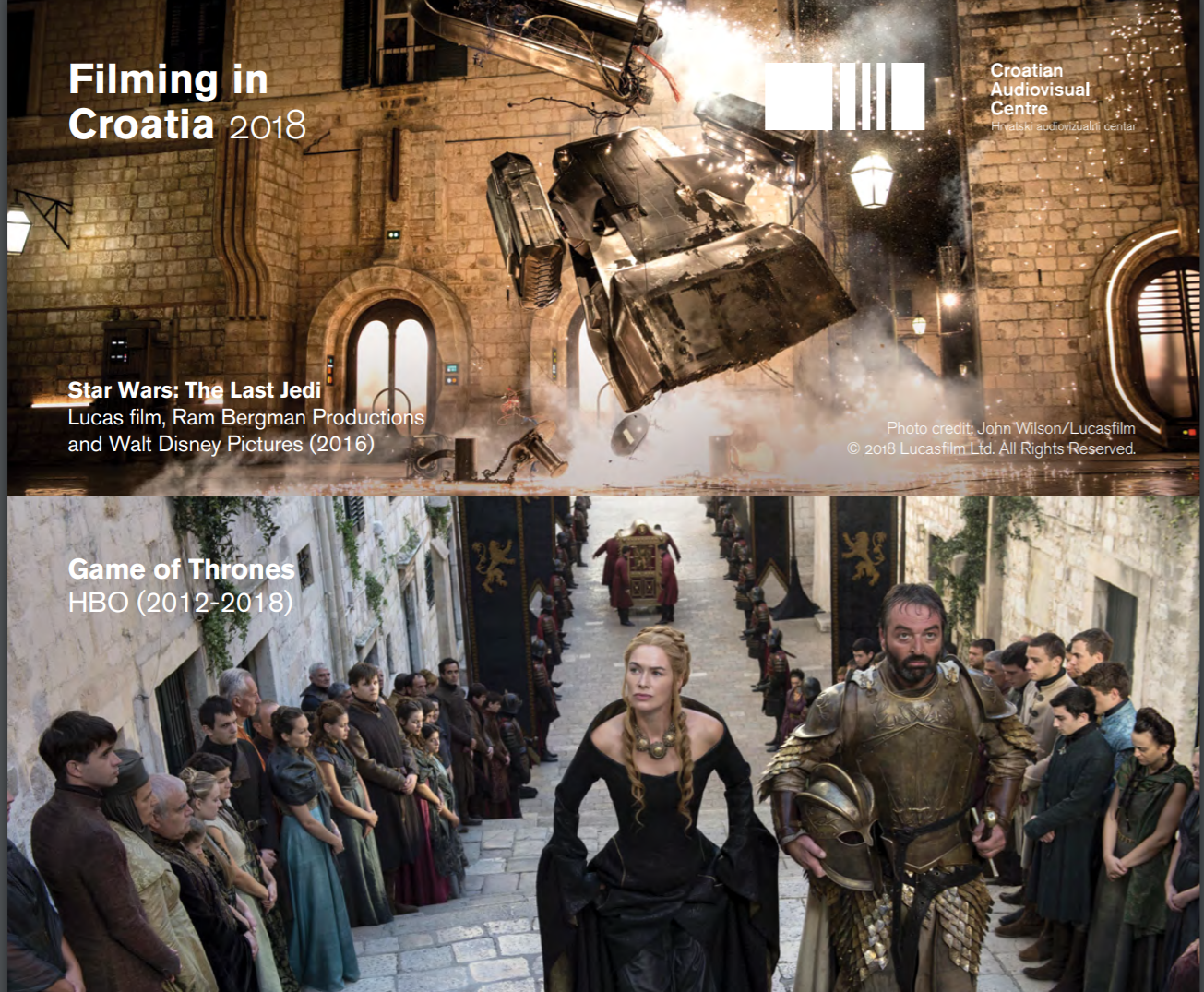 Has COVID-19 made Croatia desirable in the eyes of filmmakers?

After Hollywood suffered the biggest loss in its history (a moderate estimate is at least $ 20 billion), is it time to move forward?

There have been major crises in the history of the film industry, but the ‘Dream Factory’ has never closed until now. The global COVID-19 pandemic managed to prevent or stop the filming of movies and series. One by one, the film world fell to its knees against the virus. first Asia, then Europe, then North and South America. But the doors that had been closed for three months are now starting to open. Europe is slowly recovering from the crisis. The economy came first, then sports, and it seems that it is time for the entertainment industry to re-open. But what brings us this “another now” we are living in?

Stocks of recorded material are being depleted. Netflix and other stream services and platforms work great. In just one day, from March 22 to March 23, Netflix’s share price jumped from 298.84 to 360.27. Self-isolation and quarantine have raised VOD and film platforms to unimaginable heights. Maybe it's time for the third big transition? Film- Tv - Internet platforms? Either way, stocks are not eternal. Stories of the possible return of the virus with colder autumn days seem quite possible. Most major film premieres have been moved to fall or early winter. China can open its cinemas, but they have nothing to show.  What to do until the last quartal of 2020? Which movies cost so much that they can’t stand more delays?

From the four sequels of Avatar to Matrix 4 there is a lot of big-budget Hollywood productions that are losing money every day when they are not making any progress on their projects. The solution to this harsh situation might be in making films in smaller, COVID-19 free countries and that is where Croatia comes to a centre. But why exactly Croatia?

First and foremost are the numbers. Croatia is among the most interesting countries in the world at the moment. So far, 2,249 have fallen ill in Croatia, 2,132 have recovered, and 106 people have died. The death rate is extremely low. Among other things, Croatia can thank the fast and extremely strict measures, which it introduced almost ten days before other EU countries. As much as it is risky for the economy, so much seems to have borne fruit in the fight against COVID-19. In the last 20 days, the average number of new cases is 0-1. In a moment of writing this the number of new patients is 0! The concession measures go so far that, as of this week, fans are allowed to enter stadiums, at least as far as football is concerned. As early as May 29, the health headquarters made a decision to allow the gathering of up to 500 people outdoors and 100 indoors. I think most movie sets would be covered with this figure. Clearly, with good organization, that number shouldn't even come into question.

Filmmakers have come to Croatia many times. Interesting about it would be to see that the places in Croatia had major film sets. Let's start with by far the most popular film and tourist destination in Croatia - Dubrovnik.

Most of the film sets were at sea. Why do I point this out? Almost certainly Croatia’s tourist season will fail, there are no crowds on the Adriatic coast. There aren’t a million tourists to be removed for a week while filming some demanding scenes. Prices are not as high as usual, because there are no guests. Nor will there be. Whatever political analysts and tourism officials tell us. Better countries than Croatia, and cheaper, can hardly be found by filmmakers this summer. The comparative advantage of such a small country that can be set in Zagreb, and at dinner, you can jump in a fish restaurant in Opatija which is only 175 km. Are you in Dubrovnik by plane in 35 minutes, on Stradun in some 70-80 minutes? What would the people of Croatia say - Who can buy it? Anyone who wants to come to Croatia to make a film or series. Then he can check on the spot if it is true that Croatia does not suffer from improvisation when it comes to the film industry. Croatia methane pipelines technical staff on a good voice. Professional, well-trained people, who truly understand their job. As for the cast, it’s not worth emphasizing in particular. From big roles to extras. It can be finely chosen for shooting purposes. There are educated and experienced actors and actresses for several simultaneous film sets.

It would not be bad to wait for the continuation of the shooting of films and series that COVID- 19 closed. There are more and more movie platforms. Recently, HBO Max also had its premiere. Apple TV +, Youtube, and even Facebook have their production. Market demands have never been higher. And this is a chance for Croatia, which is currently COVID - 19 free zones. Summer is short, and the return of colder weather can bring trouble. It should be insured for the winter. With a bunch of movies and series.