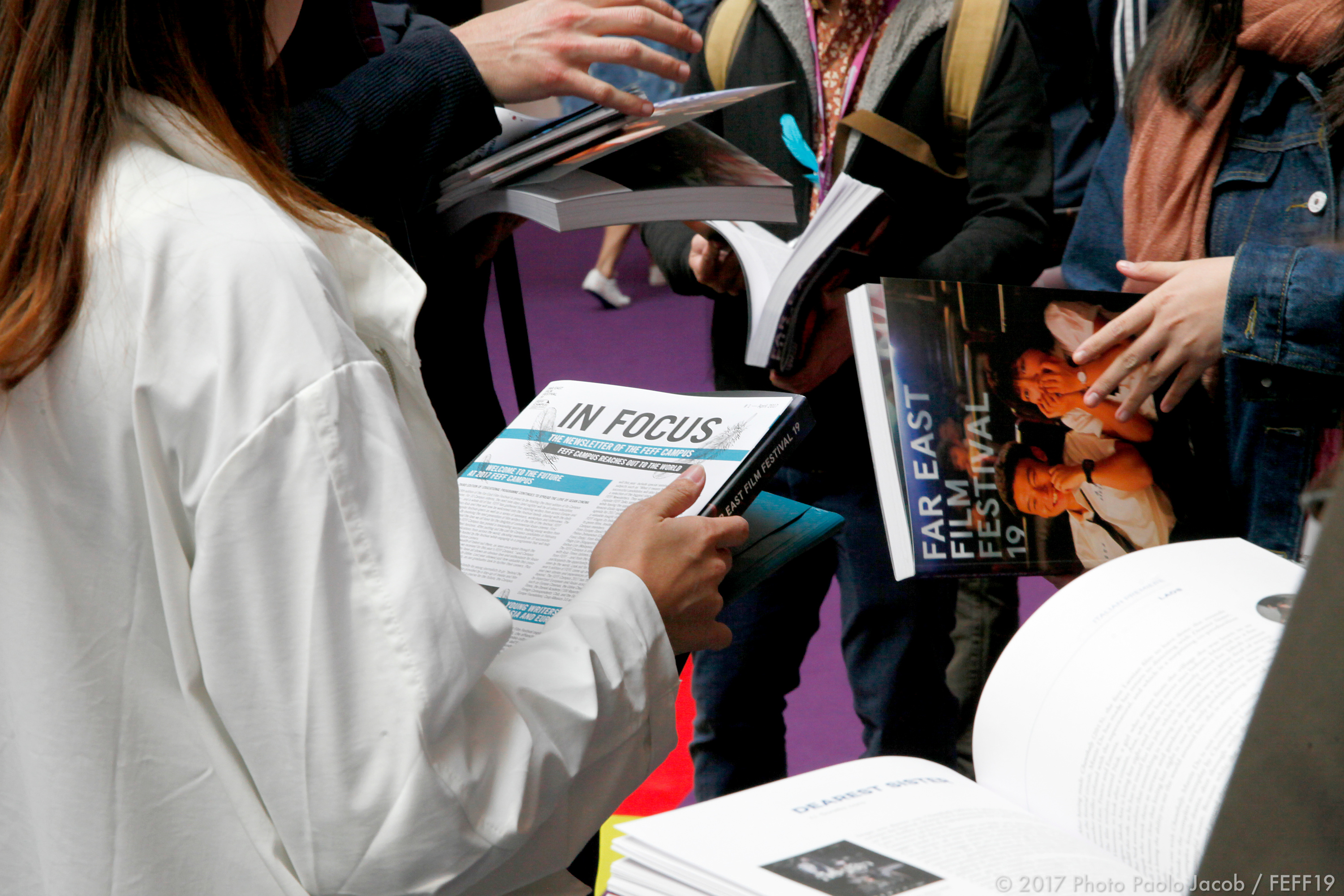 The seventh edition of FEFF Campus seeks 5 applicants from Europe and 5 from Asia.

UDINE – The Far East Film Festival in Udine, Italy, is again reaching out into the “virtual world” for the seventh edition of its FEFF Campus initiative in 2021 as it continues to connect young journalists (and Asian film fanatics) from across the globe.

While the global pandemic means we are still dreaming of the days when we can all be reunited in Udine – on the streets and cafes and inside the "Giovanni da Udine" Teatro Nuovo and the Visionario cinema– our passion continues to pulse, for films from the Far East and for giving aspiring media types a unique opportunity to learn all about the Asian film industry.

So the callout has been launched and the 23rd edition of Asian genre cinema’s favourite annual gathering - set to be staged from June 11 to 19, 2021 – will once again play host (online) to 10 aspiring writers and film enthusiasts, aged 26 or under.

Five will be chosen from Europe and five from Asia and they will be given the opportunity to learn how a film festival works, as well as how to be successful in the media world of today while joining a writing and editorial team that explores both traditional media and the contemporary social media scene.

“Throughout the global pandemic the FEFF family has continued to reach out to its friends and family all over the world and for the seventh edition of the Campus we will again connect online for nine days and nights of education and inspiration,” said FEFF president Sabrina Baracetti. “The Campus is a platform through which aspiring film industry professionals can launch their careers – and we are happy to help them on their way.”

Successful applicants will join the online Campus platform for nine days of immersion in the world of FEFF during which time they will be able to interview some of the biggest names in Asian cinema while working on both their writing and reviewing skills under the mentorship of seasoned industry professionals.

The programme includes seminars, interviews and workshops that centre around the art of writing and cinema and will be guided by a group of professionals led by veteran journalist Mathew Scott.

Last year the Campus was able to interview – and learn from – the likes of Hong Kong’s Oscar-nominated hero Derek Tsang – whose Better Days won FEFF’s Golden Mulberry before being nominated for the 2021 Academy Awards. Other filmmakers to lend their time to the Campus included Taiwan’s Liao Ming-yi – from the box office hit iWeirDO, while insights into the makings of the industry (and the makings of the film) were provided through the co-operation of the Focus Asia and Ties That Bind co-production programmes.

“Once again we want to hear from people who love Asian cinema and who want to learn how they can turn that passion into a career,” said Campus co-ordinator Mathew Scott. “You get to watch movies and meet the stars and the filmmakers who are charting the course of the Asian cinema. The experience has also helped previous members of the Campus team decide what they want to do with their lives – and that has included gaining employment in both media and film.”

THE FEFF Campus has been supported by the likes of China Film Insider, the Taiwan News, the Jakarta Post, Eastern Kicks and Telum Media.