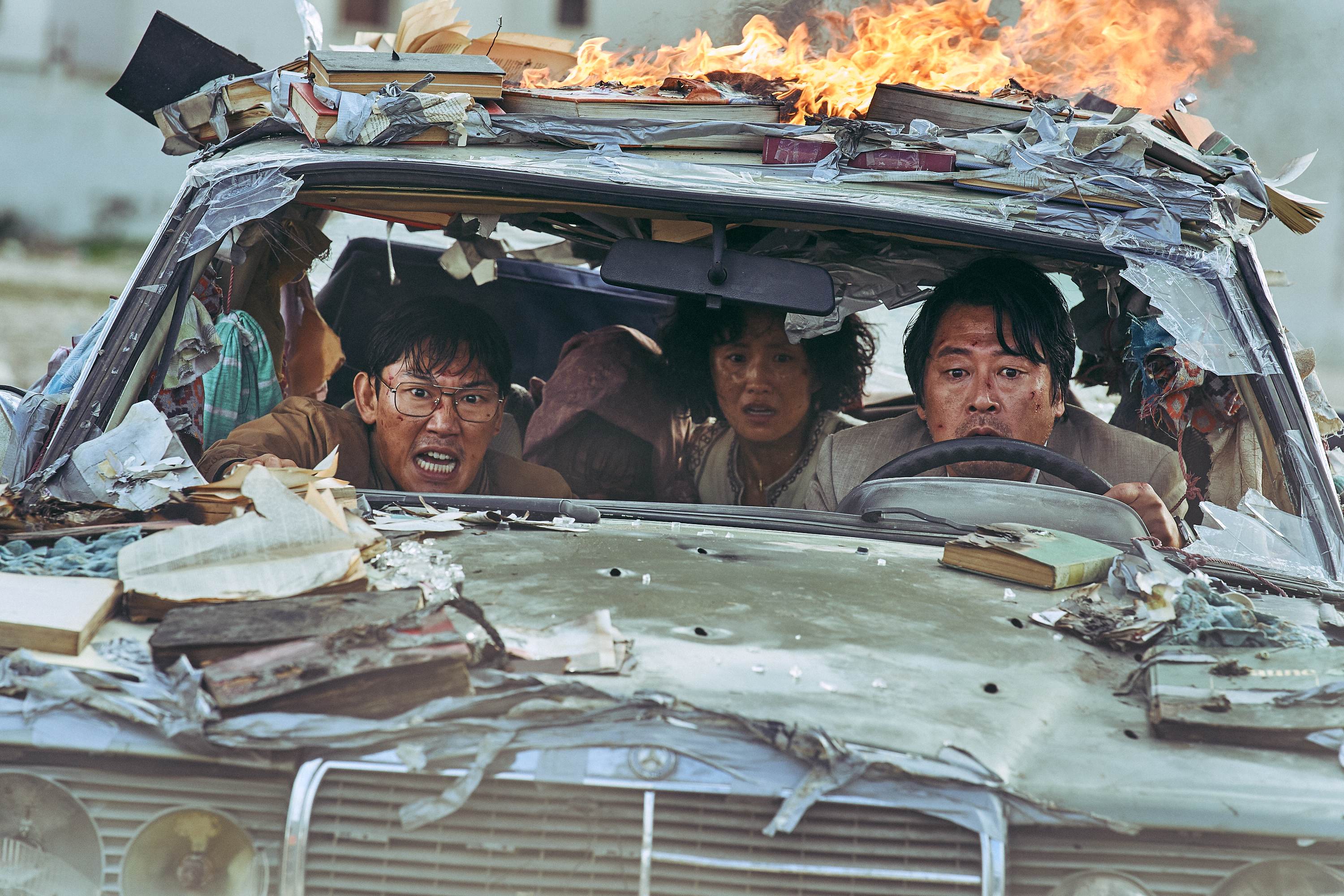 ESCAPE FROM MOGADISHU Finally in Italy, on the big screen of FEFF 24!

Mogadishu, 1991, there's trouble brewing. The rebels want to bring down Siad Barre's dictatorship once and for all and the flames of civil war are about to blaze. What will happen to the diplomatic delegations trapped in the Somali capital? This true story is the frame in which Escape From Mogadishu, Ryoo Seung-wan's tense action movie which finally arrives in Italy as a special event of the Far East Film Festival 24, takes place!

“Finally” because, after the inevitable slowdowns caused by the pandemic, Escape from Mogadishu will be appearing in the only place that can really do this spectacular film justice: on the big screen. "Special event" because, through an analysis of a little-known episode of the African conflict, Ryoo Seung-wan tells a story that actually is "special": one that involves the two Korean ambassadors and consuls present in Mogadishu under the opposing flags of the North and the South, and Italian ambassador Mario Sica, a key character played by Enrico Ianniello.

What will happen to the diplomatic delegations trapped in the Somali capital, we were asking. When the fighting becomes fierce, the North Koreans (under siege and at risk from the rebels) must save themselves, but things look bad: the only way out is to defend themselves from one enemy by asking for help from another: the South Koreans. But even that's not enough. The "new allies", who risk being accused of desertion because of the mere fact of speaking to each other, need an airlift. And Italy's intervention will prove decisive for their escape...

Loved by the audiences of the Far East Film Festival, which for years has been bringing his masterpieces (The Unjust, The Berlin File, Veteran, The Battleship Island) to Udine, Ryoo Seung-wan has crafted a gripping political blockbuster that will keep audiences on the edge of their seats, and with a cast that keeps the sparks flying. An ensemble piece that, though it speaks about the past, forces us to focus our gaze on the conflicts of the present.

So don't forget, FEFF 24 will be taking place from the 22 to the 30 April, returning to its historic home in the Teatro Nuovo "Giovanni da Udine" and relocating part of its activities to the Visionario. In addition to Udine, Escape From Mogadishu will also be screened at the Florence Korea Film Fest.