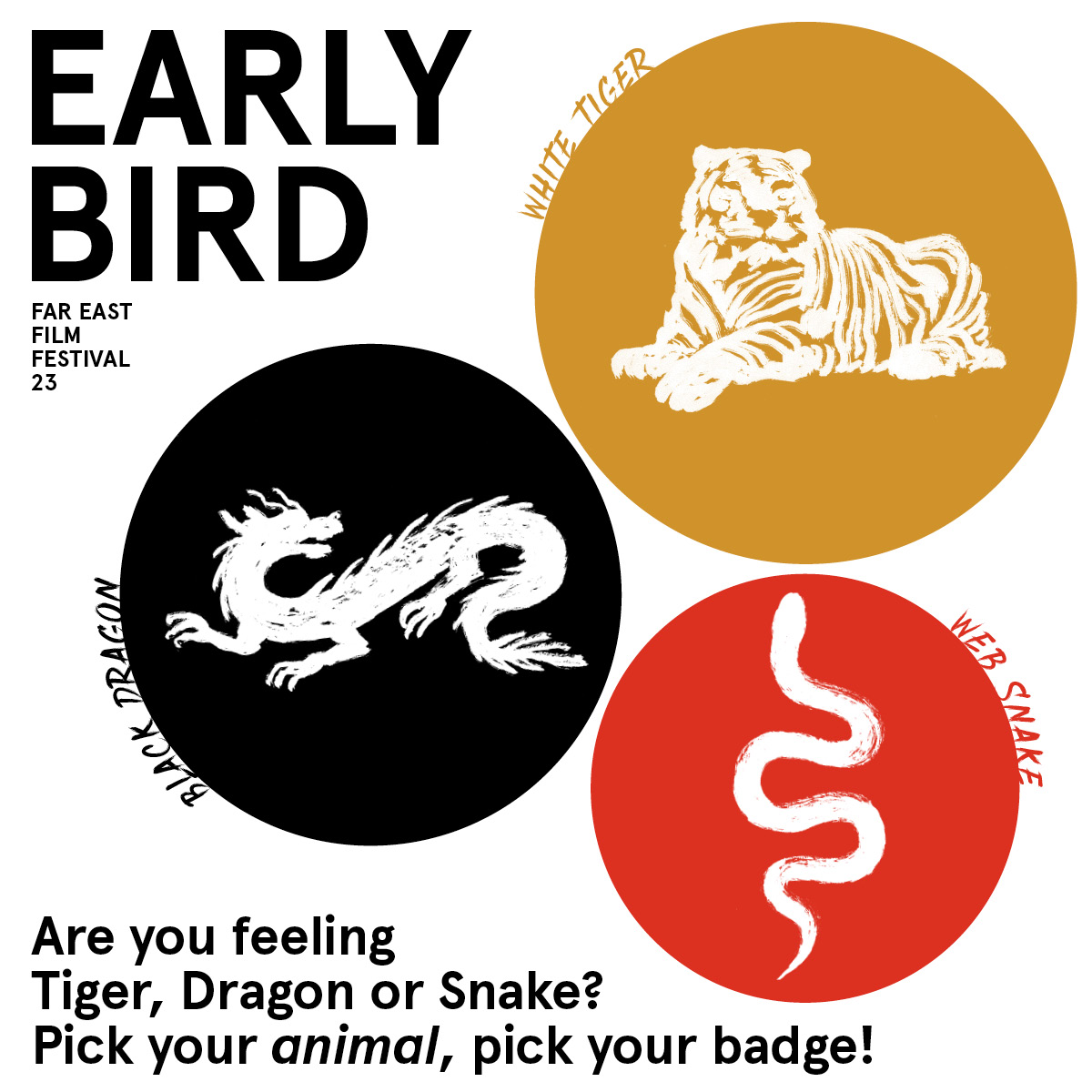 FAR EAST FILM FESTIVAL 23: The Acreditation Campaign kicks off on May 6th

White Tiger and the Black Dragon are back, this time around joined by a Digital Snake

It's time to get passes for the FAR EAST FILM FESTIVAL 23, the largest European event dedicated to popular Asian cinema, which this year will be taking place from 24 June to 2 July at the Visionario and Centrale cinemas in Udine as well as online!

The 2021 line-up boasts around sixty titles from Japan, Hong Kong, China, South Korea, Malaysia, Taiwan, Thailand, Indonesia and the Philippines. A first sneak peeks at the films in competition is the incredible Wheel of Fortune and Fantasy by Japanese director Hamaguchi Ryusuke, who won the Silver Bear at the last Berlinale online Festival. The FEFF 23 programme will include a section dedicated to documentary features, another dedicated to classic film restorations, and two special focuses which will be officially unveiled soon.

For those who want to take part in the Festival "in the flesh" (and in complete safety!), don't forget that two purchasing options will be available from 6 May: passes can be bought from the Visionary's ticket office or directly online at www.fareastfilm.com. And after the temporary changes necessitated by the events of 2020, the various types of the pass will be taking back their historical names: the White Tiger pass and the Black Dragon pass are back, while there is also a new pass created for the digital edition, the Web Snake pass.

The White Tiger and the Black Dragon - which as always differ in the number of "extras” they offer – will both be valid for the entire duration of the Festival and will allow access to all films showing in both cinemas (upon reservation, according to the regulations in force, and subject to availability of places) and in streaming. Methods for physical access to the Opening Night  (24 June) and the Closing Night (2 July) will be communicated a few days before the start of the Festival.

The Web Snake pass will be valid exclusively for streaming screenings for the entire duration of the online Festival. All online films will be available throughout Italy and selected films will also be available for viewing in the rest of Europe and/or the world.

More information on the 2021 passes is available at www.fareastfilm.com.