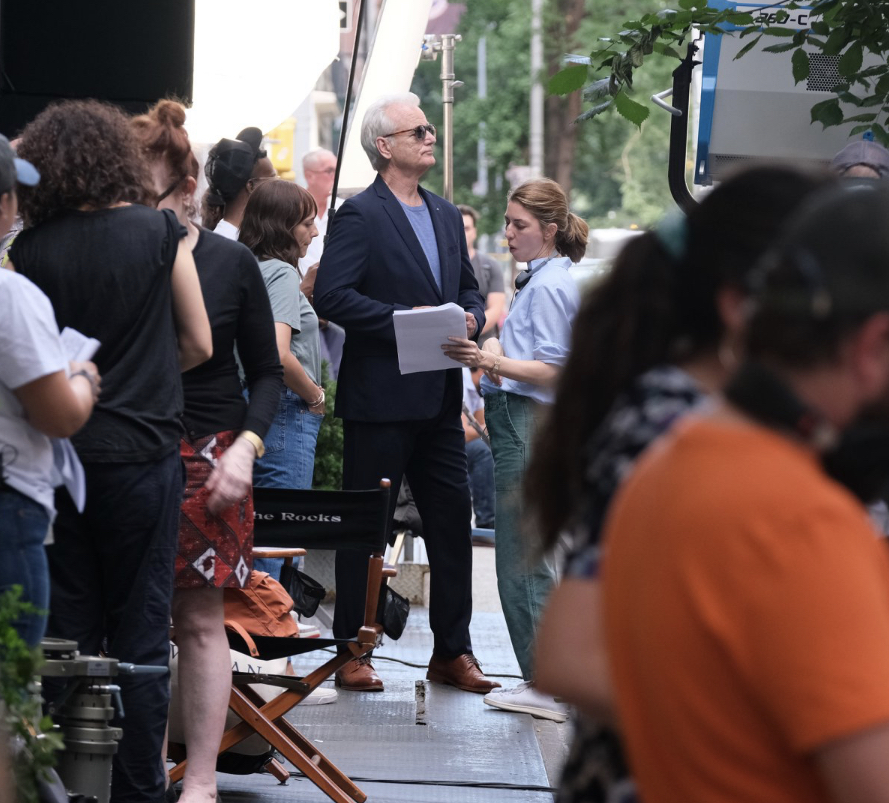 Sofia Coppola and Bill Murray reunited for On the Rocks

The Beguiled director talked about the film in her conversation with 92Y.

This year will see the release of the first collaboration between Sofia Coppola and Bill Murray since 2003's Lost in Translation. Produced by the indie company A24 and Apple, On the Rocks is the first project of Coppola after 2017's Beguiled.

As reported by IndieWire, the director has given new details about the film that was shot last summer in New York City. Taking part in an online discussion with 92Y – an NYC cultural and community centre for culture, arts, entertainment, and conversation - Coppola expanded on the film’s story:

“This is Bill Murray and Rashida Jones. Yes, they play father and daughter, and she’s married to Marlon Wayans, a successful businessman who is travelling a lot and has a beautiful assistant,” Coppola said. [Rashida’s character] has suspicions. The dad, who’s kind of a sophisticated playboy, gets her paranoid because he’s seeing men through his point of view. It’s sort of the clash between the two generations and her being a young woman and he’s a gentleman of another generation.”

While they worked together on 2015's television special, A Very Murray Christmas, this is their first theatrical collaboration in 16 years. For Lost in Translation, Coppola won an Academy Award for Best Original Screenplay and was nominated for Best Director and Murray received a nomination for Best Actor.

This is also the first announced project that will come out of the deal between A24 and Apple, all of which will be streamed on Apple+ after a theatrical release. The second publicly announced feature is the adaptation of The Sky is Everywhere, the young adult novel about a high school girl who falls in love while dealing with the loss of her sister. The Sky is Everywhere will be directed by Josephine Decker - the director of the experimental drama Madeline's Madeline (2018).

There is currently no release date for On the Rocks.