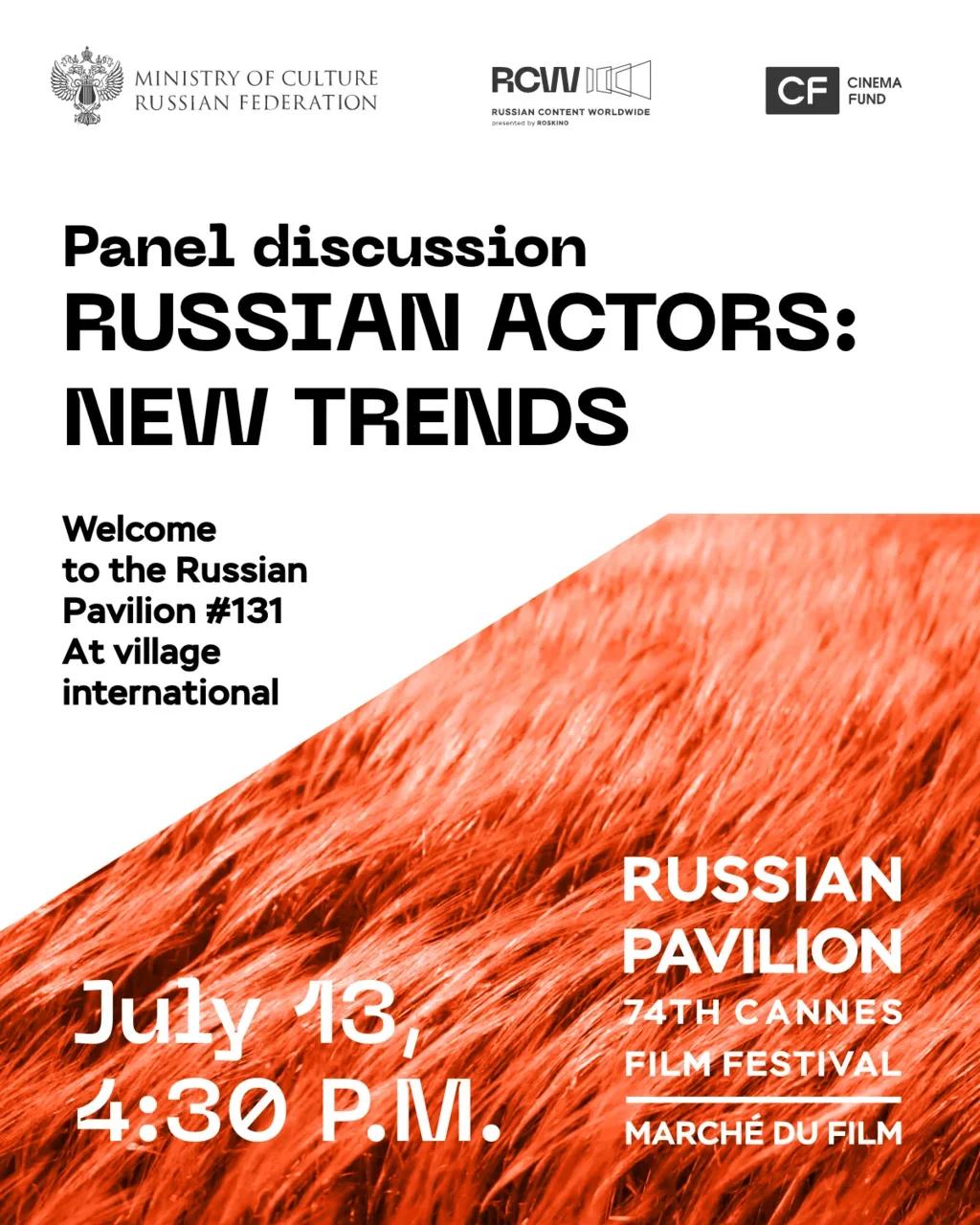 International casting directors and producers will discuss the career achievements and the future of Russian actors on the global stage.

The incredible pool of diverse talent is rightfully getting recognised by the international industry and receiving professional acclaim for the strength of their performances and versatility. There is an increasing number of opportunities opening up for Russian talent, which is beginning to show its value and worth to both the project and the marketplace. What is this – a trend or a new wave of Russian talents is taking over?

International casting directors and producers will discuss the career achievements and the future of Russian actors on the global stage. The event will be organized together with Casting Bridge Community.

Casting Bridge is a unique project of the Russian Film Week (in the UK), which includes an international forum, a community of Russian-speaking actors and educational programs. The goal of Casting Bridge is to unite professionals of the casting industry for exchanging their experience and creating a single platform for Russian-speaking actors from Russia, the UK and the EU countries.

The Casting Bridge Forum has been held in London since 2018 as part of the Russian Film Week (RFW) business program. Since 2020, the Casting Bridge team has regularly held a series of webinars and intensive courses for actors.

Sanja Drakulić (Speaker)
Actress, casting director and CEO of Duart Company, the first digital casting platform in the Southeastern Europe region. She received a master's degree in acting from the Academy of Dramatic Art at the age of 22 and opened her own company the following year. After two years of research and development of the project, it finally goes public in 2016 with the Duart Platform, a digital service for finding and promoting actors. Over a period of three years (excluding covid year 2020), she finds engagements for over 80 actors on about 12 foreign projects. Working as a casting director, she worked on the pilot of the television series "The Dark Tower" (Amazon), the film Ibiza (Netflix), Hitman's Wife ́s Bodyguard (Lionsgate), and as an actress, she had a small role in the BBC TV series McMafia. As a founder, she ensured that Duart would be selected for the 2017 Web Summit (Lisbon) as one of the promising startups in the world and other major IT conferences. In early 2020, it presents a new version of the Duart platform at the Berlin International Film Market, which updated with many new features and sections, such as Job posts and News part of the industry news. The database becomes open to all film sectors: from makeup and costumes to production and postproduction and acting. Duart today brings together about 500 business and private users with a tendency to grow daily.

Debbie McWilliams (Speaker)
Debbie McWilliams is a leading international casting director and has cast the last 14 James Bond films. Her experience with the Bond Films has taken her all around the world, casting A list stars as well as unknown actors in various unconventional settings. She has worked with a wide range of directors including Derek Jarman, Roman Polanski, Stephen Frears, Anthony Minghella, Sam Mendes, Martin Campbell, Marc Forster, Ron Howard. Among her early credits are Superman 2 and 3, American Werewolf in London, My Beautiful Laundrette, Prick Up Your Ears and Henry V (Kenneth Branagh). In recent years she has worked on; Angels and Demons, Centurion, the 12 part TV series Borgia for Canal Plus, directed by Oliver Hirschbiegel, Skyfall, The Silent Storm, “One Child” for BBC directed by John Alexander. More recent credits include “Film Stars Don’t Die in Liverpool” for which she won the Casting Directors Guild award for best film casting, and “Rhythm Section” for Reed Morano.

She has just finished work on the latest instalment of the Bond franchise directed by Cary Fukunaga. Debbie has recently ventured into the “unscripted” world of TV and has her own production company. Debbie is a member of the Casting Directors Guild, The Academy of Motion Pictures, The International Casting Directors Network and the Casting Society of America. Debbie served as a jury member of the Tokyo Film Festival in 2015. She now divides her time between her homes in London and France.

Alexander Kuznetsov (Speaker)
A versatile actor, singer, songwriter and guitarist, Kuznetsov would seem like a jack-of-all-trades accustomed to being in the spotlight. And yet he admits, “I find it easier to be my true self in my films.” Known for his roles in Kirill Sokolov’s gorefest “Why Don’t You Just Die?,” Berlinale player “Acid,” and as the narrator in Kirill Serebrennikov’s Cannes competition title “Leto,” the young thesp says acting is “an absolutely brilliant way to reveal your love to the world, to inspire shy or lost people to start pursuing their true dreams.” Up next is a star turn in Rachel Lang’s French film “Our Men,” alongside Louis Garrel and Camille Cottin. Kuznetsov says he’ll “do everything possible and impossible” to erase the borders between Russian actors and the rest of the world, in order to be an actor who can “claim any lead role in any film in the world, according to his true skill and talent.”

Steve Cash (Speaker)
Steve Cash is the co-founder of, and agent at Subtitle Talent Agency, which represents some of Europe’s finest established and emerging actors. It provides management and opportunities for them to develop their careers internationally. As an organisation, it is fast becoming one of Europe’s most dynamic and respected agencies. Current Russian-speaking clients include: Danila Kozlovsky; Maryana Spivak; Aleksandr Kuznetsov; Yuri Kolokolnikov; Sasha Bortich; Sacha Petrov; Yulia Snigir; Lubov Aksenova; Yuriy Borisov; Sofia Lebedeva; Diana Pozharskaya; Milos Bikovic; and Paulina Andreeva. He also works as a film distributor (www.subtitledistribution.com), with a particular emphasis on subtitled European Film for theatrical, and festival releases.

Originally from Dublin, and based in London, he is heavily involved in Subtitle Film Festival (www.subtitlefest.com) which takes place in Kilkenny, Ireland. An annual event, with a particular emphasis on European Film, Actors, and Casting Directors. It continues to grow from strength to strength with each edition and to shine a light on European cinema.

Anastasia Reshetnikova
Anastasia Reshetnikova is a Russian/Dutch actress based in Amsterdam, The Netherlands. She speaks Russian, English and Dutch languages. Selected from over 3000 applicants from 123 countries, she's recently joined the 2021 edition of Berlinale Talents, being the first-ever Russian actress invited. Anastasia has been acting since the age of eleven and received her Bachelor's degree from The Russian Institute of Theatre Arts - GITIS: the largest and oldest independent theatrical arts school in Russia. She has also followed an intensive program 'acting for film & TV' at The New York Conservatory for Dramatic Arts.

Anastasia never stops working on her craft by attending various training, courses and masterclasses. To date, Anastasia's filmography includes over 20 projects where she played roles in English, Russian and Dutch languages.

Julia Khamitova (Speaker)
Julia Khamitova is an actress and producer, the co-founder of Casting Bridge Community, an international community of Russian-speaking actors.