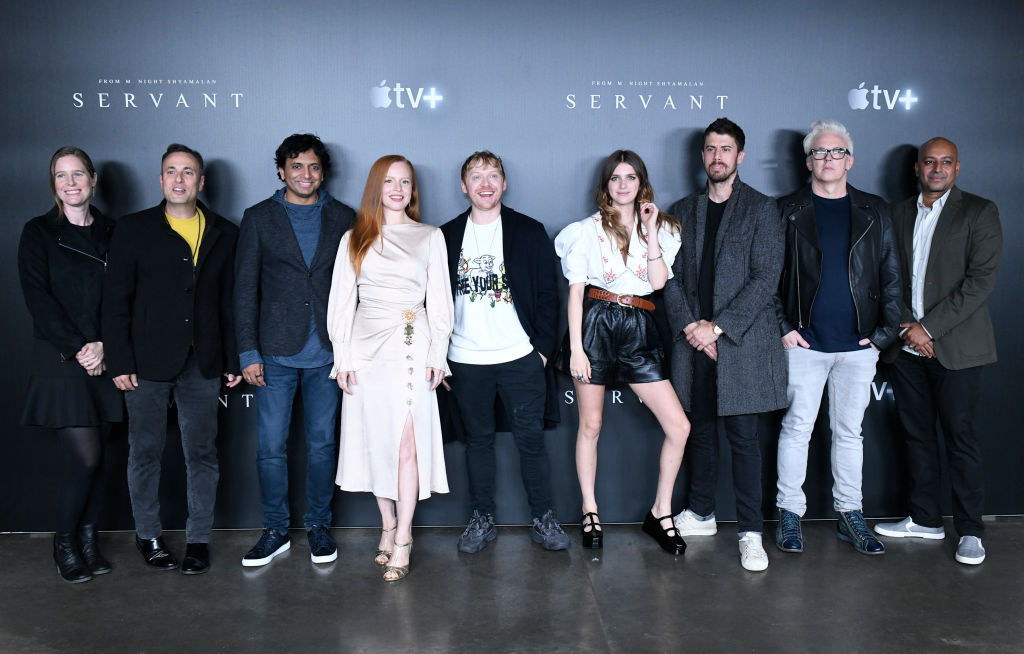 November 28. 2019, on Apple +, a new web series by M.Night Shyamalan has opened. It's psychological horror of ten episodes. Each only lasts 30 minutes, so Shyamalan says it's a sit-thriller series. The first three episodes so far aired confirm his words as the whole story takes place in a luxury apartment. The married couple Turner has experienced the horror that haunts all parents with a small baby. Their first-born little son Jericho died at sleep when he was just 13 weeks old. Desperate mother Dorothy - starring Lauren Ambrose from Six Feet Under- never recovered from the shock. Due to her fragile mental state, her husband Sean - starring Toby Kebbell from Kong: Skull Island - is forced to pretend that a doll in a cradle isn't a doll, but a living baby.

Because of her work, Dorothy is a TV reporter, they hire a nanny. Then the troubles for Sean were just beginning. Specifically, nanny Leanne - starring Nell Tiger Free from the Game of Thrones - seems to do the same as Dorothy. She acts like the baby is alive. That Sean is not completely insane is evidenced by his brother in law Julian, - starring Rupert Grint from Harry Potter - who is also astonished by the developments. Judging by the episodes so far, top entertainment is waiting for us. Ignore of horror-thriller elements. The dialogues are very well written. There are a bunch of weird situations. Toby Kebbell is awesome - Sean Turner - he cynically comments on everything that's going on. I have to mention Tony Basgallop, who is the brain of the series. He has written all ten episodes of the first season and is co-produced with M. Night Shyamalan.

How much Apple + believes in the success of the series is proof that the second season was ordered right at the beginning of pre-season airing. If the rest of the seven episodes holds the quality of the first three episodes, the series will achievements success.