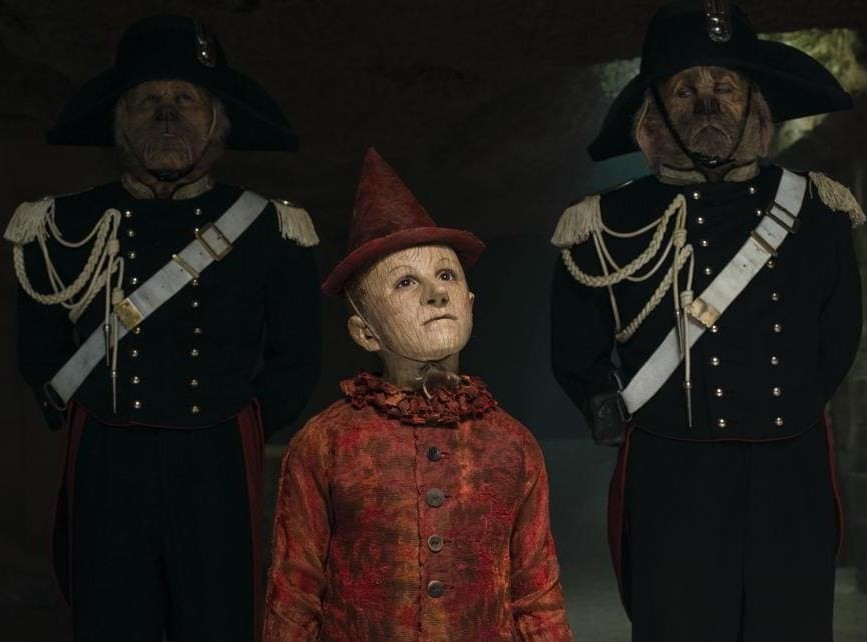 Streaming platforms are saving films and production companies, but what will happen to cinemas?

Amazon Prime has gained French SVOD rights to Matteo Garrone’s Pinocchio with Roberto Benigni, and they streaming premiere of the film will be already on May 4th.

Garonne adaptation of Pinocchio brings us back to the world of Carlo Collodi children book that follows mischievous puppet Pinocchio- starring Federico Ielapi – and the hardships that life brings to his carpenter father Geppeto. – starring Roberto Benigni.

This latest adaptation of the book erases the magical bright colours and smooth bright faces away from the centre, bringing out the raw and authentic feel of Tuscany. Neutral warm colours as wheat field brown and deep blue dominate the film that combines CGI for its protagonist and mostly practical effects for the other characters. With mask and costume, designs director seeks to envoke vibes of small-town Italian theatres and street performers and as it might seem eerie at first, as the film proceeds it just magnificently grows to a viewers heart.

Pinocchio is the second European film gained by Amazon Prime from a French distribution company Le Pacte during the shutdown of theatres. Amazon Prime previously acquired global rights to Forte, the comedy directed by Katia Lewkowicz, which was initially scheduled to come to cinemas, just like Pinocchio, on March 18th.

Ennio Morricone - Goodbye Maestro and thank you for everything! By Momir Rajšić 11-07-2020

Beyonce directs a visual album based on The Lion King: The Gift By Duart News 05-07-2020

Homemade, a series of short films by big time directors comes to Netflix on June 30 By Duart News 27-06-2020