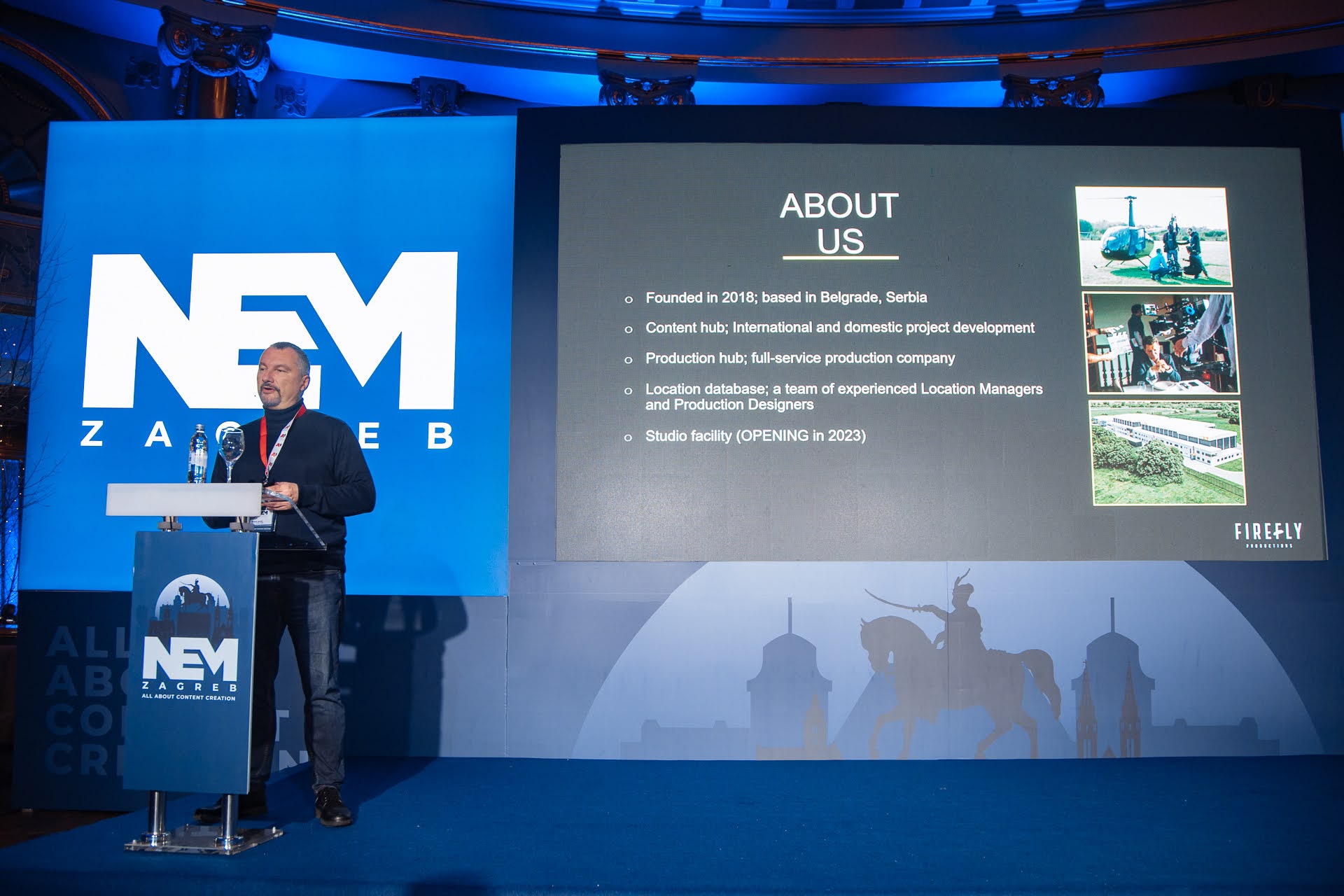 The focuses of Day 1 were the Golden Age of coproduction and original content, and presentation of new ideas

The second edition of NEM Zagreb 2022, the event dedicated to the future of television industry in Central and Eastern Europe, opened on 7th December and continues at Zagreb’s legendary Esplanade Zagreb Hotel until Friday 9 December 2022. The event focuses on the CEE region and low production capacity countries within the region, aiming at connecting AV professionals, producers, and writers with representatives of FTA television channels, pay-tv channels, streamers, and other key decision makers from countries of Europe.

NEM Zagreb 2022 was officially introduced by Krešimir Partl, State Secretary, Ministry of Culture of the Republic of Croatia: “Co-productions, which is one of the most important topics regarding the Croatian audio-visual industry, we witnessed how important is the need for cooperation between EU countries during the COVID crisis, when the culture was almost put to a stop in some countries. We are sure that this year’s NEM Zagreb will boost cooperation and dialogue between all stakeholders - film professionals, media service providers, and the Croatian Audiovisual Center, and encourage co-productions and production of quality, competitive content with the potential for international distribution.”

The first panel of this year's edition of NEM Zagreb, Co-production: Low and High Production Companies included a number of acclaimed professionals speaking about coproduction as one of the most vital aspects of the TV industry in the present day. The panel was hosted by Jonathan Broughton, Head of Strategy, EBU, who introduced the discussion by asking the participants about their take on what big producer companies expect from partners from low production capacity countries. The participants included:

“We are not an ideal market or an ideal industry – it’s ever-changing. Co-production is the necessary reality of the market right now, to pull our resources together. We all do this for art, but this is also business and the reality is we need to work together. What anyone can bring to the table, I say take it”, said Danna Stern.

Guy Bisson, Research Director, Ampere Analysis, discussed The Push for International Content: What Streamers Want, explaining why streamers show more interest in international content and describing the developments in strategic markets. He was also the host of a one-on-one interview with Vanda Rapti, EVP & Chief Commercial Officer for North America and Viaplay Select, Viaplay Group, talking about The Impact of Streamers on Non-English Content.

“The fact is that international content has been put in front of the viewers. Platforms themselves, global streamers, have pushed international content in a way that has not been done before. Years ago, you would only see French or Swedish shows, but now this content is all over the place. We are doing the same with the help of partners and local streamers. We see a shift in the buying", said Vanda Rapti.

Who are the most promising young writers in the region?

The first day of NEM was concluded with the final round of the TV Writing Contest before an audience who followed, with great interest, the presentations of the six finalists from both the scripted and the unscripted competitions. For the contestants, this was their final chance to impress the jury members and win the award of 3 000 Euros for their writing project as well as prizes for the three best competitors: a ticket to a writing workshop, participation in a TV industry event, and participation fee and joint conference table at NEM Dubrovnik 2023 TV market, planned for June 2023. The winners of the prizes awarded by the event organizer Mediavision, marketing and TV industry agency, will be announced at the NEM Zagreb 2022 final night on Friday, 9 December 2022. For all finalists the final competition was an opportunity to meet AV professionals and successful creators of television content and establish contacts with leading production companies and potential partners.

After the exciting final round of the competition, everyone moved to the NEM Lounge to celebrate the start of another NEM Zagreb with welcome drinks, hosted by Sarajevo Film Festival.

More information is available at NEM Zagreb 2022 official web page including details on  how to attend NEM.