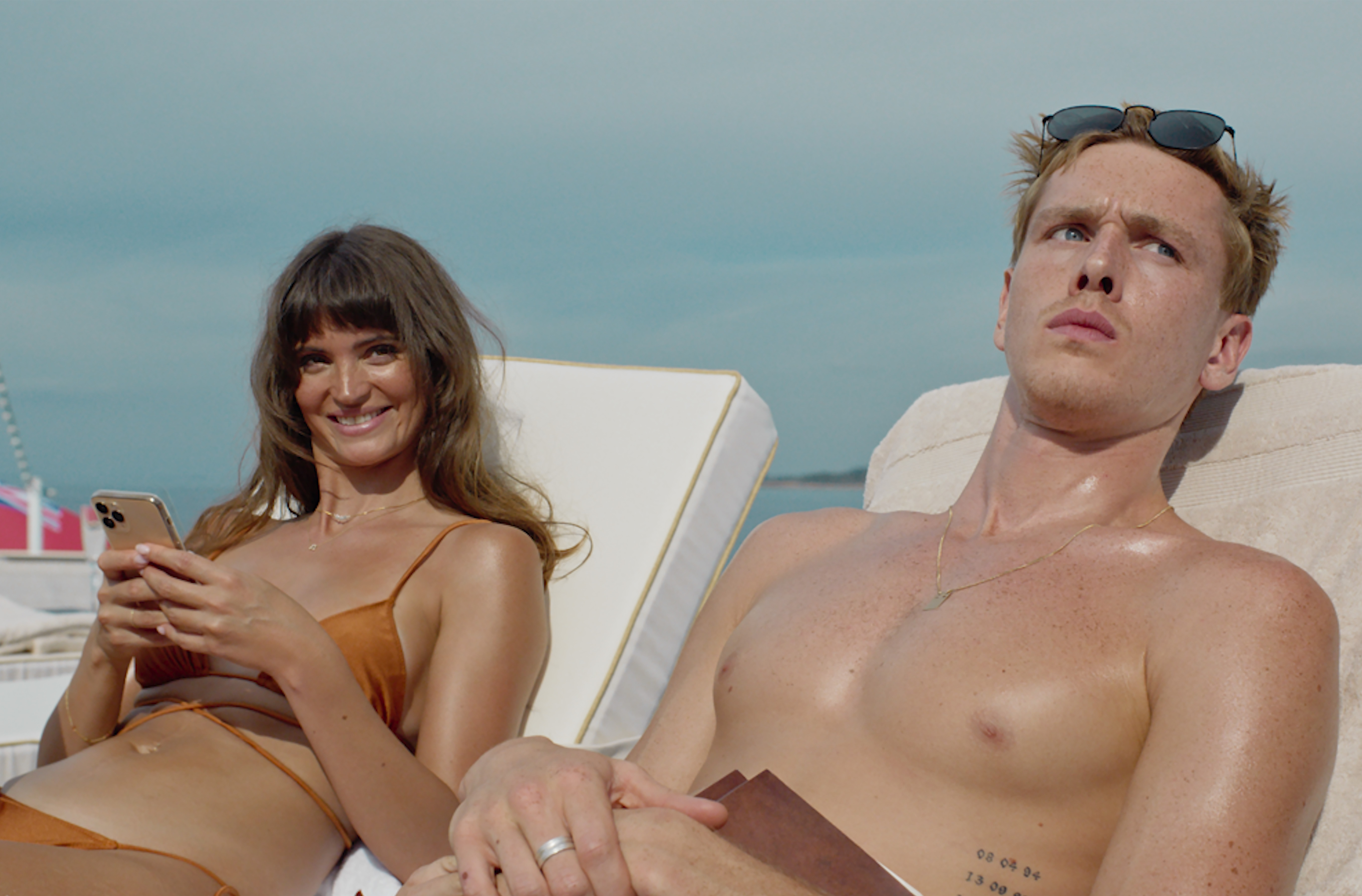 After winning the Un certain regard award for Force Majeure in 2014, then winning the Palme d'Or for Square in 2017, Swedish cinematographic mastermind Ruben Östlund returned to Cannes this year for more with The Triangle of Sadness. And indeed, as things currently stand with the films at the 75th festival edition, he could really take home another win.

The Triangle of Sadness, similar to the previous two Östlund films is set in a world of high incomes and even more social deviations and farces. And so while in Force Majeure we followed the high class at the ski resort, in The Square we followed the rise of performative and conceptual art this time Östlund places its story in the fashion world from which the protagonists Carl (played by Harris Dickinson) and Yaya (Charlbi Dean) and places them on a luxury superyacht among the colourful multibillionaires of dubious sources of income. Yet the director does not focus the film entirely on a duo from the world of fashion but allows the characters he inhabited the yacht with to take control of the story and show a few more levels and farces from the lives of those who are 1%

And that is exactly what makes this film uplifting, more serious, more critical, and simply better than the already significant previous works of Östlund. Segmented into three parts, the world of fashion/luxury cruise/island, the film gives us space to get to know Carl and Yaya and their lives, problems and thoughts before we get a chance to meet other high-class characters and see how they react in an unforeseen situation. serves.

Thus, the first segment of the film tells us very openly about revenues from the fashion industry for women and men, the importance of social networks/influencing, then branding for high fashion versus branding for clothing affordable to all, all accompanying the couple struggling to maintain their largely forced, farcical relationship, constructed by the now well-known character traits of Östlund's protagonists (partly a superficially successful figure, partly a woke person by brute force, partly the toxic emotional chaos on two legs that lives by ego pumping).

The second segment of the film, sighs from this singular example and industry-specific and shows a general picture of how the cabin crew of a luxury yacht must work, who are the people who can afford that kind of arrogance and freedom, and how naive and open/conservative and so on. The most beautiful example of this is the moment when the "Russian" capitalist guest (played by the phenomenal, mega comic Croatian actor Zlatko Burić for whom this could even be a role in life) gets shitfaced with the ship's captain (Woody Harrelson in his classic mischievous freelance peasant joke. on movies) who is an American “communist”. In addition, this segment "hides" in itself the spiritual sequel to the dinner from hell that we had the opportunity to see in The Square. And while in the previous film a human gorilla walked and broke everything around and scared the guests, in Triangle dinner from hell was embodied through a stormy night, sea nausea and a special meal with the captain.

In order to complete his work, Östlund in the last segment of the film exposes his characters to a new unpredictable situation, the rearrangement of social positions, so to speak, in the service of survival. Probably the most beautiful thing about this segment is the last scene itself, the ending that leaves open, to discuss what happens to the ultra-rich and those with lower incomes at the end of one such case. At the end of the day, this may be the point, not to push his thoughts and visions down the audience's throat, but to encourage them to dialogue, and just like in previous films, Östlund manages to do that flawlessly.

All in all, this is a film that will surely be talked about a lot and will get a large European and probably worldwide distribution next year, and in our opinion, this is the best socially critical film with elements of comedy served to the general public since Bong Joon-ho's Parasite which also set off from Cannes, on the same date in 2019.