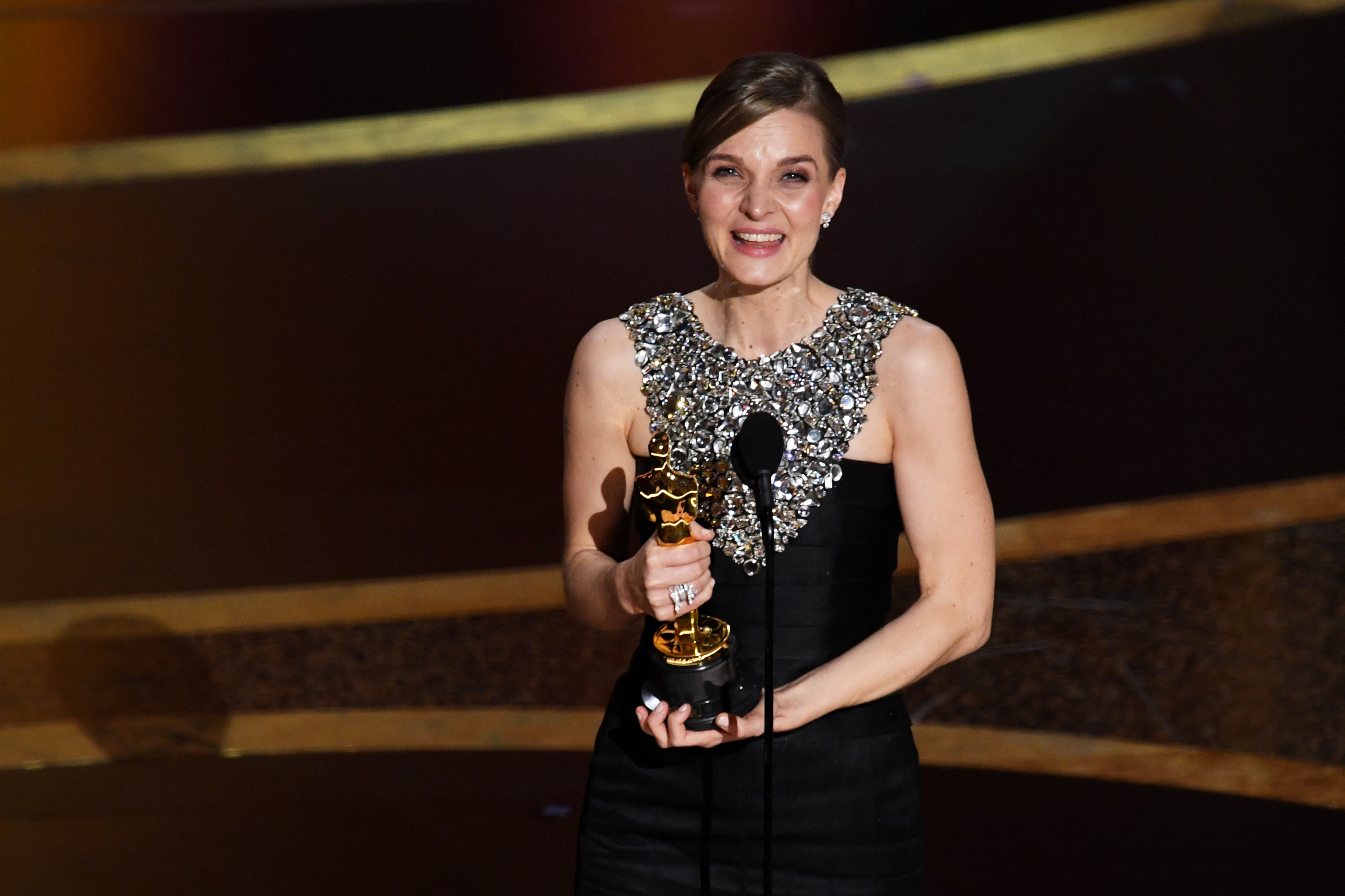 An overview of an Oscar-winning female cellist

“To the girls, to the women, to the mothers, to the daughters who hear the music bubbling within-please, speak up. We need to hear your voices”- says Hildur Ingveldardóttir Guðnadóttir in a soft voice, almost timidly. Being the first female solo composer to win a BAFTA (for the Original Soundtrack) and a Golden Globe Award, breaking the streak after twenty-three years by winning an Oscar in the same category for her outstanding Joker soundtrack, Guðnadóttir has already made history in a largely male-dominated field. In the last two decades film (and television) soundtrack composing saw a decent rise of female musicians with the likes of Anne Dudley´s work for Paul Verhoeven´s Elle, Lesley Barber of Manchester By The Sea´s fame, Mica Levi and the work for Jackie and Tamar-kali with Mudbound OST.

Guðnadóttir began working on Joker OST even before cameras rolled. Feeling the script´s main character and his devastation, the darkness came sweeping through in a somnambulant quality. Structured to follow what we now know as Joaquin´s golden performance, Guðnadóttir pieced the rise and descent of Joker through looping noise and string´s multi-layered tones. She creates music as an inner movement of the whole.

Classically trained from the age of five (when her mother paid for her first cello by selling the family car), Guðnadóttir moved on to study composition and new media both in her native Iceland and Berlin. Under the artistic name of Lost in the Hildurness, recorded her first album Mount A was partially recorded in the Icelandic Audunarstrofa house made of Norwegian wood, providing an ideal acoustic surrounding for her cello music. Her unique oeuvre includes collaborations with the likes of Valgeir Sigurðsson, Jóhann Jóhannsson, Múm, Hauschka and Sunn O))). Here follows a brief overview of some of Guðnadóttir´s most renowned works.

A five-part HBO special torrented the award season with 19 Emmy nominations, one of them being taken home by Guðnadóttir for her hauntingly beautiful soundtrack that first sparked a much wider interest in her work. Filmed originally in Lithuania, the series was aided with Guðnadóttir´s music capturing on the field the sounds of decommissioned nuclear power plants. String recordings mixing with the mechanical, distorted sounds of catastrophe start point provided an eerie settlement with which Guðnadóttir succeeded to translate the echoing hell of nuclear disaster.

Ófærð-Trapped is an Icelandic criminalist series and Guðnadóttir´s third television soundtrack. Chamber and interestingly paced, the musical scope reaches for series´ closed-off spectrum, following the finding of a dismembered, headless body on the tourist´s ship. Guðnadóttir´s approach is always unique as she combines the storytelling and intimate resounding in a soundscape. This also meant Guðnadóttir collaborated with one of the most renowned Icelandic composers, Jóhann Jóhannsson, which was continued on Mary Magdalene movie starring Joaquin Phoenix and Rooney Mara. Both have been working on the Villeneuve's Sicario, Arrival and Prisoners, with Jóhannsson as the composer and Guðnadóttir as a solo cellist.

Slowed down as a result of her cross-Atlantic career, Guðnadóttir´s last solo album was released in 2014. Dynamic and intensely fluent, her solo works give way to the experimental approach that had since been successfully planted into other concept works. On the whole, her music is an aetherial journey, a multi-instrumentalist collage that combines gradually the acoustic tremolo with noise influences.

Once again, congrats to Hildur Guðnadóttir on this amazing award season, that finishes with grand style, an Oscar for the Best Original Soundtrack!