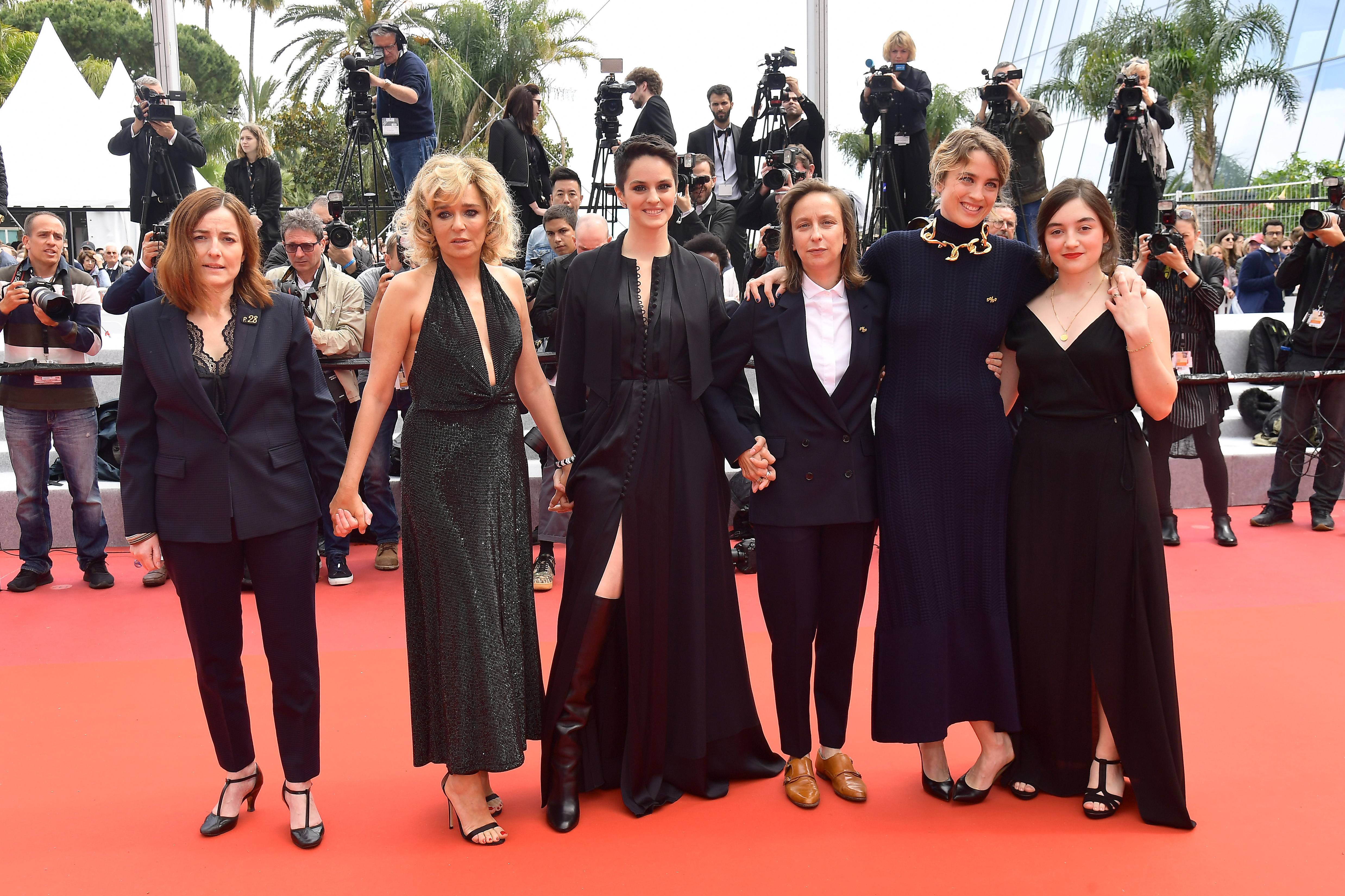 BOOKSMART PORTRAIT OF A LADY ON FIRE

TOP 5 Female directed films of a past year

There are plenty of well female-directed films, but are they getting the same visibility and attention as the works of their colleagues?

Cinemas might be closed, but there is still plenty of films to watch/ catch up with from the past years. This time around we're bringing you 5 Female directed films of a past year, chosen between the diversity of great works. What were our criteria for the list? These are the films that didn't get enough attention from the public as well as from Award ceremonies on the one side, while they are showing the pure quality and diversity in the chosen stories as well as in the approach to them. So without further ado, here comes the list!

The film follows Molly the smartest kid in her school, who's not even ashamed to show it and her best friend Amy, chill common white privileged saviour type of a girl. Their highschool life sucked badly, two of them spent it studying, and working hard so they could accomplish their dreams, for Molly it is studying at Yale and for Amy - surprise, surprise – taking a gap year and doing humanitarian work in Botswana. It all seems in the right place, things are pushing towards the realisation of their dreams until... they discover that all of their hard-partying classmates will also go to good schools and accomplish their dreams. Of course, the two of them can't let this slip, so they decide to spent their last moments of high school life in teen madness!

Director Wilde showcases in her film how the latest generation of youth balances schoolwork, social media, and real-life but her primary focus is on female friendship and the wrongdoings of putting labels on people. Best way to describe this film is a better built female version of Superbad, 102 minutes of pure fun with a certain amount of well-delivered coming of age/true teen angst points throughout.

4.The Souvenir by Joanna Hogg

Julie is a film school student in ‘80s London trying to learning some of the tough lessons of the creative form while struggling to make ends meet. Seeking for her voice, she becomes inspired by a charismatic new man in her life. His name is Antony and even tough he behaves with "intellectual superiority" and has a lack of common interests with Julie, she still finds him intriguing. As time passes, Antony's true complicated and untrustworthy self start showing on the surface.

Director Hogg tells a gorgeous melancholy tale of life and art blended in the everyday absurdity. Her '80s London eradiates a mixture of gloomy pain and doomed love with the vibes of sentiment and dear memories. The general mood of the film manages to follow the narrative strongly. As the story unfolds in a tame pace, the toxic relationship between Antony and Julie doesn't astray from psychological cruelty, it builds it up and cages it upon the protagonist as well as the viewer.

3. A Beautiful Day in the Neighborhood by Marielle Heller

If you love biopics and think you have seen everything this genre can offer, A Beautiful Day in the Neighborhood will surprise you with its unusual approach and narrative freedom that manages to walk across the line of reality and fiction without ever breaching the truth for the sake of entertainment. The film tells a story of cult American children TV figure Fred Rogers, but rather than focusing on telling his complete life story, it focuses on one event of his life, trough which his beliefs and saint-alike helping others and forgiveness attitude can be understood.

Marielle Heller uses the power of nostalgia to craft two sides dreamlike story of Mr Rogers and Lloyd Vogel, a journalist with big ambitions and even bigger issues in his life who gets the assignment to interview children TV star. For American Gen-Xers and Millennials that spent childhood watching PBS, are up for a complete treat because director Heller fluently manages to capture the spirit of Mister Rogers' Neighborhood and adapt it to a grown audience.

2. The Farewell by Lulu Wang

Billi is a struggling writer in New York, whose close to her ‘Nai Nai,’ back in China, as they have regular phone conversations, even though Billi wasn't in her home country for a long time. Things change when Billi discovers from her parents, that Nai Nai has been diagnosed with terminal lung cancer, and is predicted to have only a few months left to live. The situation becomes even more complicated when Billi’s family makes a decision they will not tell Nai Nai about her condition.

Wang makes an emotionally powerful and charming film about the honest way how love persists across the oceans. The core of the film is Billi at a developmental point in her life, understanding the influence of her grandmother in life and perceiving the value of heritage and identity while fighting the painful racio to say goodbye. This is one of those films that will make you wish you spent more time with your grandparents.

1. Portrait of a Lady on Fire by Celine Sciama

Portrait of a Lady on Fire follows Marianne, a daring painter, who takes on the job of creating a wedding portrait of Lady Héloïse. As Héloïse opposes marriage and has succeeded in the madness previous painter, Marianne has to play the lady’s maid so that she can observe her model by day and secretly paint her portrait at night. The two women, on the rocky shore of Bretagne, begin to discover the melancholy and difficulty of living the other in the rare moments of their freedom.

Director Sciamma made an unusual, invigorating love drama about art and freedom, filled with deep emotions and intriguing references to the works of impressionist and painter painters. The film has won the Best Screenplay and Queer Palm Award at last year’s Cannes Film Festival.