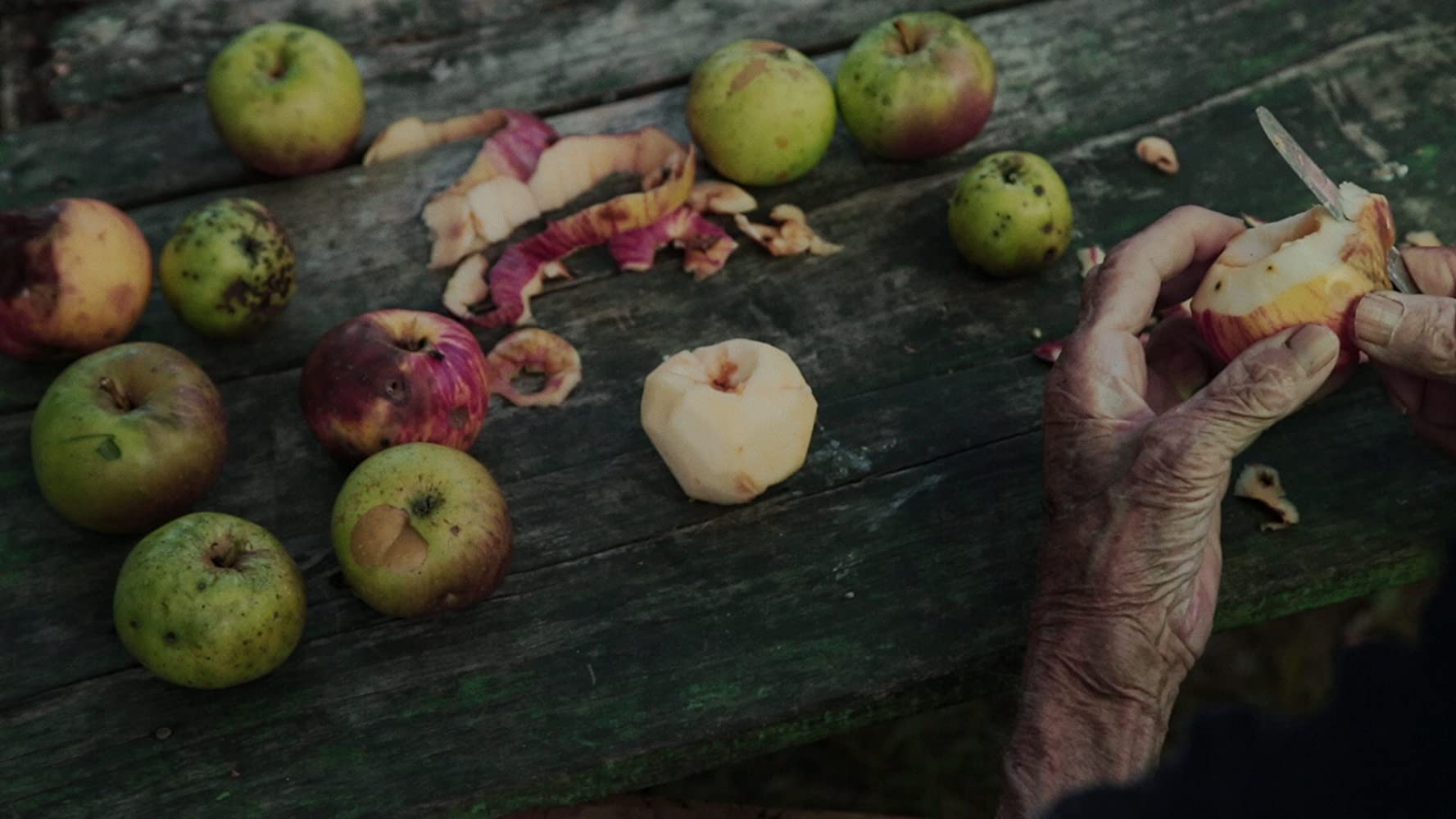 THEN COMES THE EVENING MAJA NOVAKOVIć

Then Comes The Evening - Nature's poem of unity

The evening descends to the mountain glade of eastern Bosnia. The silhouette of an old woman, an agile shepherdess and her flock wearily walk through the clearing, back on the way home. The introductory moments of the documentary short debut Then comes the evening by director Maja Novaković are serene and call for peacefulness, at least for 28 minutes, while the film lasts.

The documentary focuses on the lives of two elder women, Vinka and Obrenija Radić from the village of Podbrđe, where they are the only residents for most of the year. Following a few common days in the lives of old women, what is revealed is the impeccable harmony, the connection of women, animals, plants and God. The sounds of nature tangle with a voice of Vinka, as they act and react one to another.

Before even getting into the details of this film, let's clear the elephant in the room. Yes, Tamara Kotevska's and Ljubomir Stefanov's Honeyland touches upon similar topics with a similar style, and in a sense, these two works could be seen as a double feature. Abandoned Bosnian/Macedonian village, two women correlating with nature and stunning beauty of the wilderness captured on the film are there. But, what makes Novaković's work so distinctive is the simplicity and patience that prevail.

The dialogue in this film never addresses us, the audience, it never pushes away from its genuine truthfulness but rather stays in the realm of nature. While Obrenija stays silent during the film, Vinka talks to her flock of animals, to the clouds full of rain and mountains. In a sense of archaic societies, she is performing simple symbolic rituals throughout which she believes she shapes the world in her modest advantage. Waving hands to the dark sky and calling upon God to move his sky flock towards mountains or using a pure, white, wedding dress to show the truthfulness of her intentions, these are just some of the ways she interacts with the world around her.

But as interesting the subjects of the film are, the true vigour upon this film lies within the director's sharp eye and sense for momentum as well as the depth within the minimalistic approach. Novaković puts her subjects often into the extreme close-up's, not for the sake of getting rawer emotions but rather to showcase that every single wrinkle on the hands, faces and feet of these woman has a backdrop story of toughness and uprightness that eternity in the forgotten village brings.

Overall Then comes the evening brings crisp sounds and splendid shots of misplaced life with the true earth being, it reminds us of lost and overcame culture and relations that societies across the world once had. It is a film that grounds its viewers and offers them a chance to rethink and return to what they rightfully are.

NB: Film was showcased at Visions Du Réel as well as Sarajevo Film Festival as well as many relevant international film festivals on which it won 8 prices so far. The film is currently being shown at Festival de Cine de Huesca, where it can be viewed online for free via the following link, until 20.6.2020.