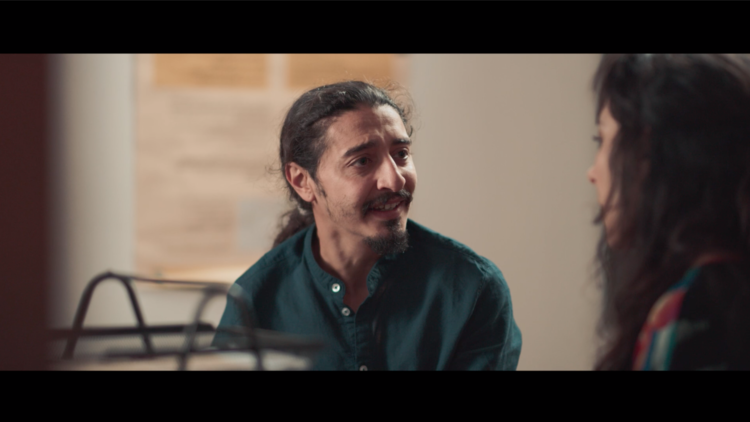 A migrant waiting for his fate to be determined by the officials of the country he ended up in, and one stamp on the documents

One sigh, a tired migrant lying on a bed in a refugee camp, waiting for his fate to be determined by the officials of the country he ended up in, and then one stamp on the documents, done by another random white participant of the bureaucratic process. As the stamped papers go down the migration department in one take shot, it is clear that for the clerk this is just another case he just wants to get rid of as soon as possible. The opening minutes of the short feature film “The Stamp (2019)”, directed by Lovro Mrđen, for which the screenplay is signed by Mario Piragić, truly portray the absurdity and apathy of the currently cruel immigrant crisis that reigns.

The film follows Tamim, a young Syrian who, after his parents got killed, has taken his younger sister Amal and walked the painstaking journey from Idlib to Zagreb, where they are placed in a migrant camp for some time. When Tamim’s application for a residence permit is denied, he has only four days to leave the country and leave behind the last member of his family because he cannot prove a blood relationship with her. 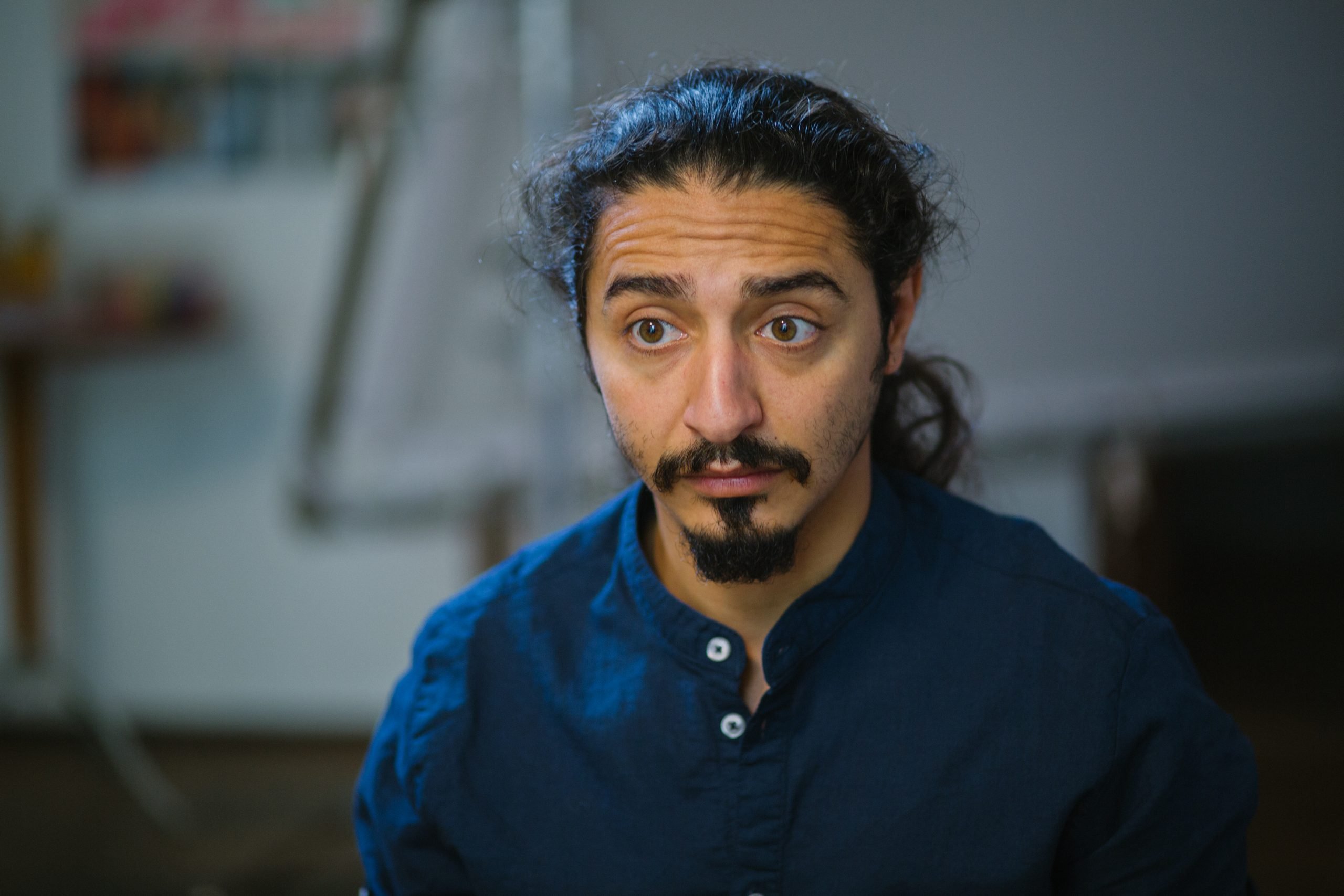 The ambitious project of the young film collective

True to the will, The Stamp is, in the first place, the best indicator of the untapped potential of young filmmakers in Croatia. Originally planned as a final work at Academy of Dramatic Arts Zagreb, of the producer Dalia Alić, this film soon became a collaboration between seven nations and fifty young film professionals, funded through an Indiegogo campaign. The young creative collective behind the project has been able to present both technically and artistically a socially significant story in film form.

Thus, the first noticeable is certainly the harmony of tension, emotional charge and complexity of the situation that director Mrđen (who showed his sharp and serious directing with his previous short film Fabian) and DOP Vedran Rapo make in every shot of the film. The opening scene, described above, made, is the best indicator of the simultaneous expression of the narration by the movements of the camera, further stimulated by the audio background itself. Each close-up in the film is timed and held long enough for the audience to be able to convey all the emotions seamlessly and get to the core of the situation in which the protagonist Tamim finds himself.

The script itself adds to each word a picture of the social problem that the film portrays. With its basic narrative, Piragić causes anxiety with limited time the protagonist has, his dialogues seamlessly mimic the true situations of confrontation between immigrants and civil servants, and seamlessly, naturally, imparts important details about the life of the protagonist. There is certainly a targeted repetitiveness of locations and events, a simple and effective account of the days that pass Tamim until leaving Croatia, which best expresses the hopelessness that refugees go through. Heartbreakingly, the moment of meeting Amal and Tamim in the film’s finale, and their conversation about the situation they are in, unites emotion, sincerity, and incongruity, all with the aim of providing a coherent representation of reality that is otherwise invisible to us, first-world residents.

When all of the above is added to the original locations where the film was shot (where the migrants in Zagreb are indeed located) and the great commitment of the main cast (Frano Mašković, Katarina Bistrović-Darvaš, Hrvojka Begović as well as the incredible Elie Joseph Njeim and Ena-Sanan Hdagha), both through body language and facial expressions, as well as the recreation of specific linguistic accents, yields a truly high-quality product, which unfortunately remains in the form of 19 minutes of the short film, in addition to the truly great potential for a solid feature film.

Overall, The Stamp (2019) is an interesting and unusual step for young filmmakers in Croatia. The film does not for a moment exploit the popularity and importance of the topic, it doesn’t remain trapped in the superficial worldviews and stereotypes about the Middle East, and manages to present diversity and openness to the world both in front and behind the film camera.

Noticeable: So far The Stamp has been selected for more than 22 film festivals in 13 different countries worldwide.