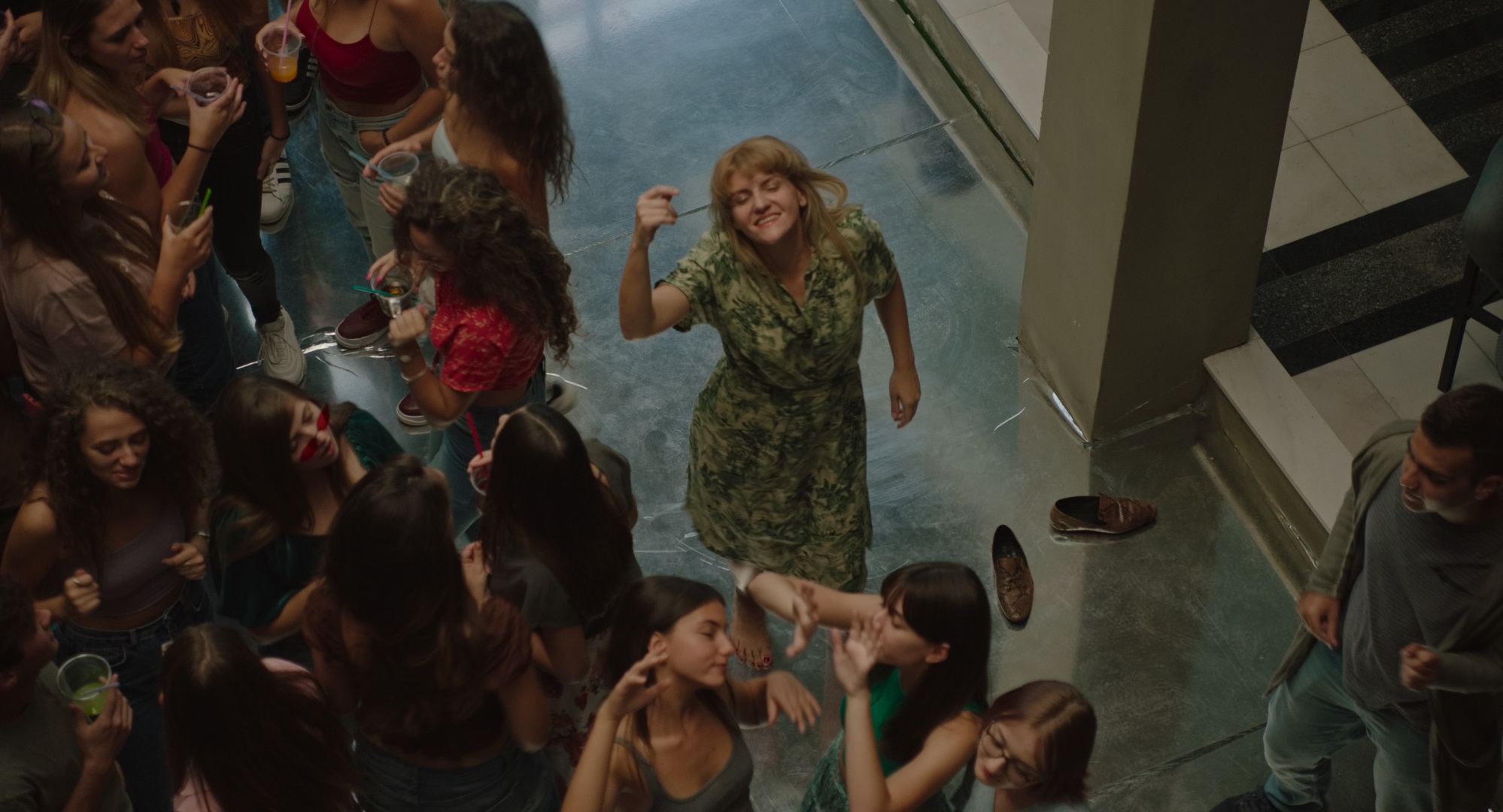 The Happiest Man In The World - Venice review: Dance me to the end of hate

Tables for two, filled with lonely boomers and Gen X looking for love. As the questions blast from the speakers around the room, the assigned pairs answer them, opening their personalities to each other. To make the speed dating event as successful as possible and focus on personality, both men and women are wearing the same faded pink shirts. Names, life stories, fears, and religious beliefs are exchanged. Some pairs are there to pass the time, some to have fun, find one-night stands, and there are even some that want to try and find happy love or at least someone with whom they could live in peace. Asja (played by Jelena Kordić Kuret) a woman, in her mid-forties, with a safe job in her hometown Sarajevo, is one of them. She is paired with Zoran (Adnan Omerović in the most devoted role of his career so far), a fellow citizen of her age, who trembles, stutters, and sweats, a man who is there only to ask for forgiveness, as he is already the happiest man in the world. These are the first minutes of The happiest man in the world, the latest film written by Elma Tataragić, and directed by Teona Strugar Mitevska, that premiered in the programme Orizzonti at 79th Venice International Film Festival.

Set in post-war Sarajevo, the film follows a group of individuals at the speed dating event in a dilapidated, gloomy hotel, focusing on the story of Asja, a woman who was wounded in her youth during the war and barely survived in besieged Sarajevo, and Zoran, a guy who was forcibly taken from his home, placed in military positions above his hometown, and directed to shoot citizens, at the cost of his own life. While the war/ post-war and its trauma are often topics of films in the region of western Balkans, what makes this work quite different are the people working on it.

Elma Tataragić, a Bosnian script writer brought a story inspired by true events while managing not to oversaturate the script or isolate the main duo. Sure, the focus of the film is on Asja and Zoran, but all the voices in the background, and the characters that are also at the speed dating event add so much so to the context of the protagonist couple as well as the general mindset and situation in Bosnia. For example, one of the stories follows Asim (played by always devoted Izudin Bajrović) that grew up and had a splendid job during socialist Yugoslavia, the country of equals. In those times he travelled with his work around the world, enjoyed life, and then came to the point to shoot at people of different nationalities/religions during the war to defend himself and his city. Still, he nowadays wouldn't mind or care if people of different nationalities/religions would once again live next to him. Another person in the speed dating event that sticks out surely is Sabina (played by Mona Muratović) millennial mother, living in the bliss of ignorance and emptied ego-boosting. She easily believes and takes for granted all the values her mother and the people around her thought her. Every voice in the film counts, it is just, that the drama between the victim and the aggressor that meet face to face is something that is pushed to the front for dramatic reasons.

When it comes to Teona Strugar Mitevska, it is a true delight to see how she managed o direct a difficult story and shape it into her daring and cheerful film language and bring it closer to a broader, international audience. One of the first noticeable choices that probably came from the director, is the focus on female voices and stories at the speed dating event. Still, this is just a smaller, side thing, as the true energy of the director can be seen in daydream sequences that happen several times during the film and are somewhat related to dancing/ releasing the character's true self through the form of free movement. The first time this gets introduced, all the speed daters get brutally ambushed and sieved by the war troops, while the return to the dance, after some time, brings a new, youthful, liberation of spirit and trauma that was hidden underneath the layers of denial and self-deprivation of the protagonist Asja.

The quality and importance of this film can be (unfairly bust still) best measured by the reactions after the first screening in cinema Darsena at Venice Biennale Cinema, where the audience gave it 5 minutes standing ovations in tears, clearly moved and touched by the story of the film. Hopefully, this is just the beginning of the road for the film as it has a great potential to be a worthy Oscar candidate for several countries from the Western Balkans.