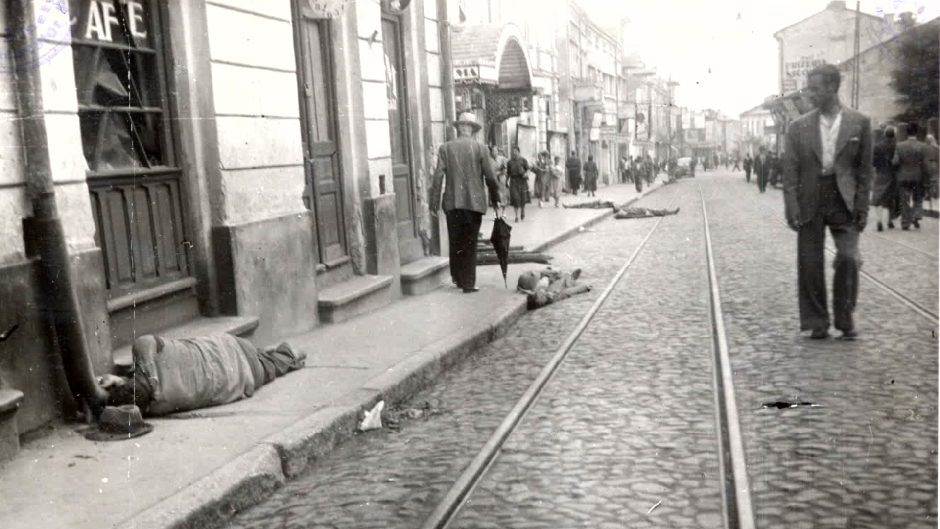 The Exit of the Trains - Berlinale review: Strong documentary essay that calls out for moral self - reflection

Cioflâncă and Jude are going through the lives of victims, the chaos of the narratives, to shape a strong emotionaly charged essay documentary

The Exit of the Trains, a rather unusual entry in this year's Berlinale Panorama section by Adrian Cioflâncă and Radu Jude showcases the strength of the remembrance and that there is still extended need to tell stories from darkest moments of 20th century.

The project started with Cioflâncă acquiring an album that contained the portraits of 364 of the victims of the Iaşi pogrom back in 2016. Over the past few years, this album awakened the need to do more archival research, present more of the lost Jewish history and in the end, with the help of accomplished director Jude it became the stunning documentary essay truly worth its place in the prestigious festival program.

On June 29, 1941, as Nazi Germany and its Axis partner, Romania, invaded the Soviet Union, Romanian officials and military units, assisted at times by German soldiers, killed at least 8,000 Jews during a pogrom in Iasi, in the Romanian province of Moldavia. On July 10, 1941, Polish residents of Jedwabne, a small town located in Bialystok District of first Soviet-occupied and then German-occupied Poland, participated in the murder of hundreds of their Jewish neighbors. Although responsibility for instigating this “pogrom” has not been fully established, scholars have documented at least a German police presence in the town at the time of the killings. (source: Holocaust Encyclopedia)

What directors serve are archival photographs and documents related to the Iasi Pogrom from the summer of 1941. In the first part of the film, we get the testimonies about the faith of victims, while the second part gives us a montage of the actual photos of the event. What makes this whole experience unique is the bold desitions to use any available archival material possible, mixing and matching different sources and forms together just to tell a singular bloodcurdling story.

Documentary essay/museum installation or something else?

Although at first, one might get the impression that this work simply belongs as part of a museum installation, there is nevertheless a certain weight and intrinsic value to this work that enables it to be categorized in a documentary essay. It is the belonging to and distribution of time in the context of the narrated collective account. As Cioflâncă and Jude are going through the lives of victims, the chaos of the narratives, as well as their absence, shape an emotionally-charged essay documentary

Setting up a cold official report of a person prosecuting victims next to stories of people who have lost loved ones inflicts waves of emotion. The occasional lack of photos over a strong story makes one uneasy while blank staring at the victims' photographs in complete silence manages to paradoxically act even more intense than any more profound media presence.

The Exit of the Trains is a work that cannot be viewed or judged strictly from a cinematic perspective. Its true value is of an archival - historical character, it is there to hold in memory of the events that reshaped the course of humanity and also to serve us now to question the societal expansion of the early 20th century and to evoke into moral self - reflection.