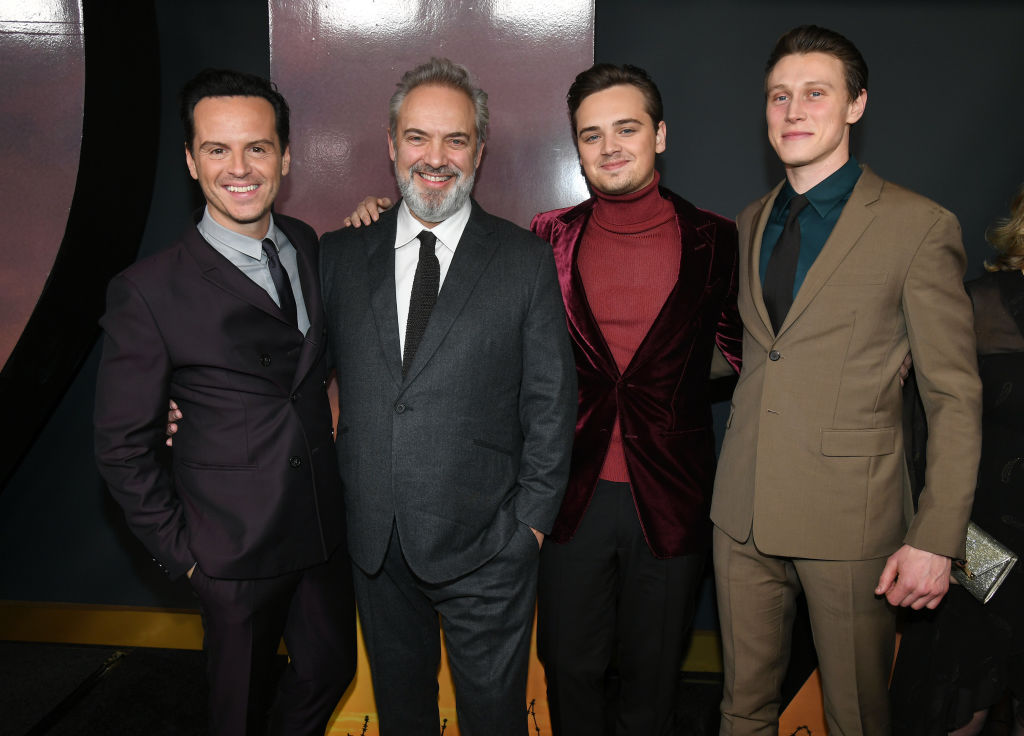 The decisive battles of World War I in Sam Mendes' movie

War films have always attracted audiences. Courage and determination in turbulent times, bloody battles where you can set yourself up for the right thing to do. Rarely a genre is as clearly articulated as war films. Good guys versus bad guys. The success of the movie depends on the budget and most of all, on the director. Famous actors' names are rarely involved in the enormous cost of shooting a war spectacle. British director Sam Mendes had a budget of $ 100 million, which he spent very cleverly. The best investment was the English cinematographer Roger Deakins with whom Mendes had already collaborated on the movie Skyfall, 2012. It is, of course, a 007 series. Deakins has had as many as 14 Oscar nominations so far. He won it for the camera in Blade Runner 2049. Deakins opted for the continuous - shot technique. From the first to the last frame, the main camera objective is Corporal Schofield - starring George MacKay. Thus through the one almost continuous frame, one gets the pace and authenticity. There are two ways to record a war epic. A bunch of soldiers rushing together and fighting and dying one by one. Or all the attention is concentrated on one or two characters. If you're following a bunch of characters, They sure a going to be just pawns in monumental bloody battles with a CGI focus. Otherwise looking at one or two of the main characters may reduce the suspense - it is unlikely that they will be killed before the end of the movie. But that is why it contributes to identification and attention that is not dispersed to the crowd of characters and events. Sam Mendes has opted for a more intimate way. Through the fate of the main character, he finds a way to convey the personal experiences of people affected by the bloody events.

The year is 1917. The end of a large slaughterhouse called World War I is near closer. The German army decides into a defensive strategy, withdraw their positions on the Hindenburg Line. In this way, they want to reduce the length of the Western Front and facilitate their defense against the Allied breakthrough.

British Commander General Erinmore sends a written command to the Devonshire Regiment not to attack the new German positions. Namely, the British, after long, exhausting trench warfare, consider that they have the opportunity to make great losses to the Germans in retreat. But the Germans have established themselves well in new positions. If the command does not arrive in time, a large bloodbath of British troops will follow. Two corporals, Lance Corporal Blake - starring Dean Charles Chapman, and Lance Corporal Schofield - starring George MacKay, have been designated to deliver an important message. Lance Corporal Blake is personally motivated. His older brother Joseph is also fighting in the Devonshire Regiment. To reach the Devonshire Regiment position, these two soldiers must first cross no man's land, which is physically and mentally exhausting. Then, mostly at night, wade through the enemy line, to the town of Ecoust-Saint Main. To reach the forest where the Devonshire Regiment gathers before the attack on the enemy.

No matter how the competition for this prestigious award ends, 1917 will be registered on the books of the greatest war epics. By the side of Saving Private Ryan; Dunkirk; Gallipoli; Letters from Iwo Jima, and other epic war movies. The film was produced by DreamWorks Pictures and is being distributed in the USA by Universal Pictures. One of the ten Oscar nominations concerns Music (original score). Composer Thomas Newman was nominated, which is also my personal favorite for the Oscars. The music, especially in the first part of the movie is extraordinary. Pushing through no man's land with electronic background Newman's music is striking. Apart from that, this is the seventh collaboration between the famous film music composer and Sam Mendes.

The 1917 movie was nominated in ten categories at this year's Academy Awards!

If you like 1917, you should take a look at Peter Jackson's documentary They Should Not Grow Old. This movie was shot in 2018 and can be viewed on HBO. Over 200 hours of archival BBC footage, and 600 hours of interview with surviving World War I veterans, summarized in one documentary. All the horror of the trench warfare mode will be stripped before your eyes.

Sam Mendes dedicated his movie to his great-grandfather Alfred Mendes, a man who more than 100 years ago, did everything for the present-day World to have this shape. Of course, along with a host of fellow soldiers, and long-forgotten dead soldiers in the bloodiest mode of war - the trench warfare.