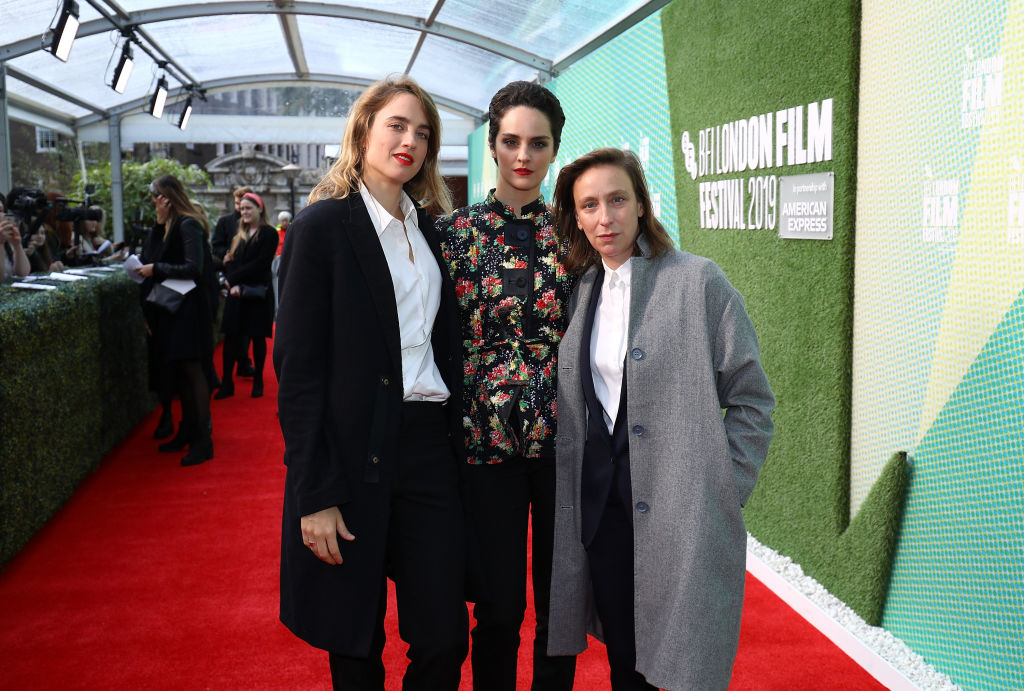 The hidden life of empowering women

Mighty waves are striking the small craft nearing the majestic, cliff covered coast of northwestern France. Among the group of men remaining in silence is a dark-haired woman with a firm attitude and slightly masculine facial features. One of the powerful water sweeps take away a crate from the barge, so the woman jumps into the sea heedlessly. A few minutes later, we find out, that lady Marianne - starring Noémie Merlant- jumped to save three blank canvases from the depths of dark water. Opening minutes of Céline Sciamma's new feature film Portrait of a Lady on Fire hint us an extraordinary 120 minutes of period drama in which the common societal norms are questioned and shifted away and the universal values of femininity are pushed into the first plan.

The chaotic days of the French royalty

The film follows Marianne a bold and unknown 19th-century painter, who takes on the job of creating a wedding portrait of Lady Héloïse - played by Adèle Haenel. As Héloïse resists marriage and has already managed to drive one painter into the madness, Marianne plays the lady’s maid so she could observe her model by day and paint her portrait at night. Soon, the two women on the rocky shore of Bretagne, start discovering the melancholy and pain of one another, in the terminal moments of what seems as their liberty.

The intimate destinies of ladies

By placing Marianne and Héloïse in a secret observer/secret observed relation, director Sciamma builds an emotional and psychological charge between the leads. The decision that both of them are simultaneously in both positions, the observers and the observed, gives us, the viewers a deeper understanding of them.

Héloïse, in her traditional social role, of a woman whose fate "to get married" is determined and is expected to reconcile with it sooner or later is much more than an angsty bourgeoisie girl. Same goes for the Marianne, she might be the invisible and insignificant artist whose works will never become famous, and her love for the craft might go way beyond the need for fame and proving to others, but there is nothing romantic or noble about it.

Sciama doesn't waste the opportunity to tell more intriguing stories even with her supporting characters, the maid Sophie - starring Luàna Bajrami- and the countess - starring Valeria Golino. So a “wicked” Countess, slowly opens up to reveal that she accepted her social role (whether she liked it or not) and that her intentions towards Héloïse are truly the best she can perceive when taking into the account the time and place of the events. Maid Sophie and her unwanted pregnancy surely work as a catalyst that opens up intimacy among other characters, but there is also a certain empowering strength of her actions in general.

The three twists with painting canvases

Three canvases from the opening minutes of the film are used as the three anchor points for the film development/ are turning points in the film. While Marianne is working on each canvas, certain emotions start emerging on the surface, an intimacy between her and Héloïse raises and a film gets a specific shift in colours, lights as well as the locations.

Portrait of a Lady on Fire doesn't directly refer to any specific art history figures, but up to a certain point, it is noticeable that works of Mary Cassatt - specifically Five O’Clock Tea, The Lodge, In the Lodge - and Claude Monet -paintings on the Brittany shore: Woman with a Parsol, The Cliff Walk at Pourville, The Cliff, The Beach And The Falaise D - are translated into film frames.

Overall, Portrait of a Lady on Fire is an unconventional and daring period drama about art, love and freedom. With a highly feminist approach towards emotions and intriguing references to the works of impressionist painters, it is a film that tackles the idea of the muse in a genuine, and so far unseen way.

NB: So far, the film has won the Best Screenplay and Queer Palm Award at this year’s Cannes Film Festival and director Sciamma has won European Screenwriter award at this years EFA. It is also nominated for the Golden Globe in Best Motion Picture - Foreign Language category.