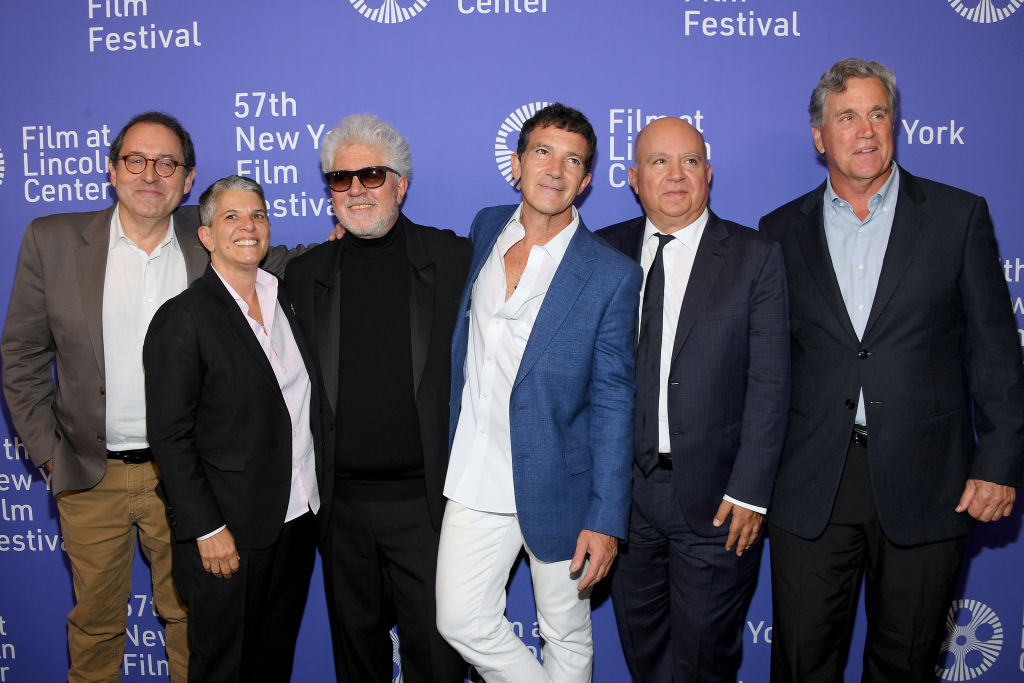 Endless cravings for desire and creativity

The middle-aged, darker skin man, with the somewhat grey beard and the short curly hair, tries to suppress the thoughts and feelings of by drowning under the deafening sounds of pressure in his ears and gallons of water surpassing around him in the pool. The opening shot of Pain and Glory, the 21st feature film in 40 years long career of Pedro Almodovar brings us somewhat comfortably unfamiliar and dramatically blissful from a famous Spanish author.

Obviously built on directors highly autobiographical note, the film follows Salvador Mallo - starring Antonio Banderas in probably the best role he had in a past decade - a fictional film director on the verge of his career. Mallo has created several art-house classics in his youth, films that his fans are still praising, that are nowadays waiting to be shown in retrospectives. Sadly, Salva is having a major creative block and hasn't made anything meaningful in recent years. Instead of creating he is spending time obsessing about numerous minor illnesses he is having and seeking answers to a numerous metaphysical/ aesthetical question. His examination of life and art leads him both trough emotionally accumulated past and memories of his mother Jacinta- starring Penelope Cruz - as well as the toxic, drug-abusing relationship he has built with his close friend and collaborator Alberto - starring Asier Etxeandia.

The obsession with the shattering pain of the present

Dividing the film into the two narrative lines, Almodovar brings the best of subtle and genuine storytelling, focusing on the rawest flesh of titular realities of being in pain/glory. Story of the present-day at first might seem as it completely plays out trough the well-known character archetypes and comedy Almodovar showed us mostly in his 80's works - like Dark Habits (1983), Women on the Verge of a Nervous Breakdown (1988) or Tie Me Up! Tie Me Down! (1989). On a closer look, it becomes clear that, fortunately, the relation between Alberto and Salva is way more complex beyond the simple laughs based on uncomfortable situations they get into. As much as Alberto seems like the irresponsible one that is drowning the duo down the spiral of heroin addiction, it is pedantic and dominant Salva that finds joy leaching onto the dark feelings and producing the pain and misery.

The addiction to the marvellous past

When it comes to the narrative line of Salva’s past, the glimpses of his happiness that we are shown simultaneously represent his glory as well as his source of future obsession. In a centre of it is, of course, his mother Jacinta, the common almodovaresque woman, the unstoppable force of nature that is destined to surpass every single unfair whip the faith brings in her direction. In an unfair way, the whole narrative could be described as an updated and glorified vision of director's works of late '90s/ and '00s - All About My Mother (1999) and Volver (2006).

Opening up to a lavish desire

What is especially pleasing to see in Pain and Glory is Almodóvar’s focus onto the infrequently examined male protagonists. It is hard to say that we had seen this kind of stories from Spanish author, since Bad Education (2004). The whole torrent of thoughts about love, addiction, disease and art is magnificently new and gives an intriguing deepness to films protagonist. What makes Salva's hectic thought splatter remain relevant to a viewer is a combination of Banderas's perfect delivery as well as Almodóvar feverish and engaging new editing method that includes artistically cut frames, lover focus bright colours, as well as melodramatic background music.

There is also a new, more serious way Almodóvar approaches the representation of homosexuality. It stays subtle, out trough the most of the film, but it makes an emotionally strong entity that unites the two narratives and gives them way deeper meaning in the end.

Pain and Glory have been proclaimed by many critics as well as the audience the 8 1/2 of the director's career. Still, when taking into account the long and successful works the Spanish maestro made, it is troublesome to place this work as the peak of his filmography. Way more mature, innovative and nevertheless able to intrigue, are certainly better expressions to define the latest Almodóvar's work, that will surely, in the years to come, grow as a favourite of many cineasts around the world.

NB: Pain and Glory had won Palm d'Or for Best Actor, as well as best soundtrack award at this years Cannes Film Festival. The film also won the best actor award as well as best production designer award at European Film Awards. It is Golden Globes nominee in Best Performance by an Actor in a Motion Picture - Drama and Best Motion Picture - Foreign Language categories as well as Spain's candidate in international feature category of Academy Awards.