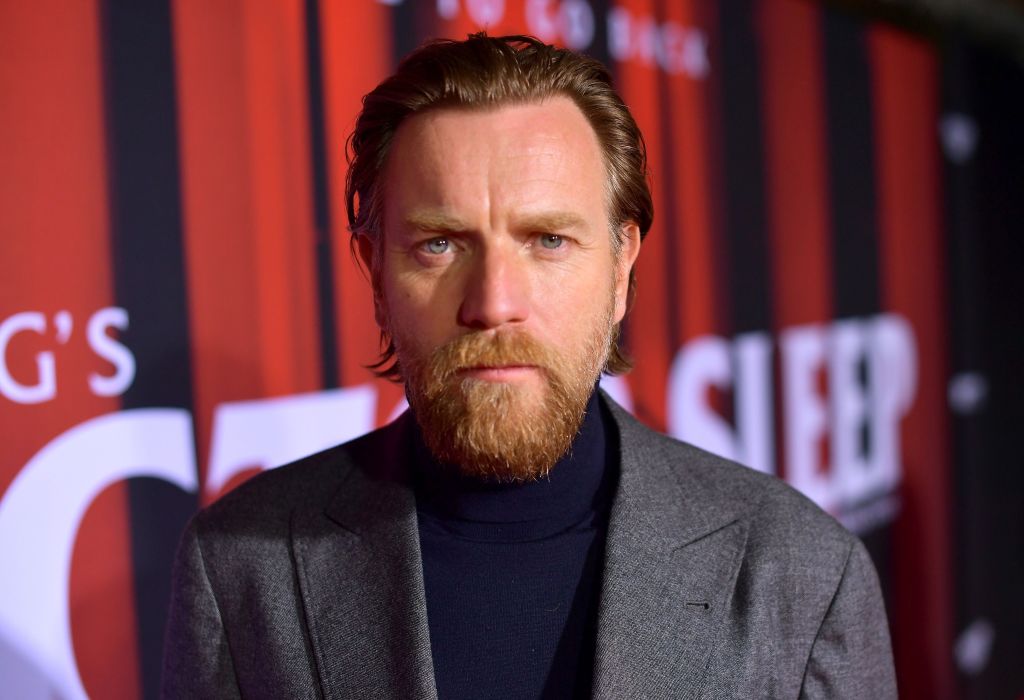 The 80s were not kindly for Stephen King. The best-selling horror writer has had no luck with the adaptations of his books and novels. These were mostly low-budget movies, straight to video. Some movies were better - Christine and Cujo. Some movies better not even made - Firestarter, Maximum Overdrive, Silver Bullet. Stephen King himself was partly to blame for this would be demonstrated during the 1980s. That year, the legendary Stanley Kubrick make a masterpiece based on Stephen King's great book The Shining. Few passionate movie fans have no heard of the Overlook Hotel. Who does not remember the grinning face of Jack Nicholson, who is brandishing with an ax the hallways of a haunted hotel?  Fans also remember the REDRUM banner and room 237. Behind the door of that room, hides the unspeakably terrible, dead old woman. She gets out of the tub to grab a little Danny Torrance. Like the audience, critics were delighted with the first 'true' screen adaptation of the great horror writer. Everyone except King himself. He didn't like what Kubrick did with his novel, so much that in 1997 he shot the insignificant, bad mini-series The Shining - with Rebecca De Mornay and Steven Weber in the lead role. So much for being a successful writer at the same time means that you understand film art. Mike Flanagan also saw that old wounds were not forgotten. When he accepted the Warner Bros. invitation in January 2018 to accept the production and direction of Doctor Sleep, based on a 2013 Stephen King novel. Stephen King, in his own words, wrote the novel Doctor Sleep as a sequel to The Shining novel, because he was interested in what a 'little' Danny Torrance would be when he grew up. Mike Flanagan decided to pursue Kubrick's vision, clearly respecting the novella of great writer Stephen King. The writer did not like it, and he publicly disagreed with the way Mike Flanagan wanted to handle his novella. But when he saw the scenes, the ending shot at the haunted Overlook Hotel, he nevertheless supported director, Mike Flanagan.

Although he doesn't want to, Danny has to confront the psychic vampires' group known as True Knot.

Alcohol is a shelter where peace is found by the adult, middle-aged Danny Torrance - starring Ewan McGregor. Tortured by the ghosts of the past and the true spirits that besiege him for his gift, called The Shining, Danny escapes to a small town in New Hampshire. He befriends Billy Freeman - starring Cliff Curtis, who becomes his AA sponsor and offers him a job. At the other end of the USA, a group of psychic vampires', known as 'True Knot' abducts and kills children, feeding on their last breath, the essence they call "Steam." Their leader is Rose the Hat - starring Rebecca Ferguson, the most powerful demon in 'True Knot'. Teenager Abra Stone, played by Kyleigh Curran is a powerful girl. She is equal in power to Danny Torrance. Abra asks Danny to help her prevent child killings. Danny initially resists, but soon joins Abra in search of the vampires. The final confrontation will happen at the haunted Overlook Hotel. After so many years, Danny Torrance returns to the haunted Hotel hoping to lure and kill Rose the Hat. Of course, the Overlook Hotel is inhabited by ghosts from whom Danny has escaped all his life. Now Danny has to face them and Rose the Hat.

The nickname 'Doctor Sleep' Danny got in Hospice for the comfort it gave to dying people.

Mike Flanagan - directed The Haunting of Hill House; Before I Wake; Gerald's Game, make a great film. He used a clever momentum (when King movies were popular again) and got a solid budget - $ 50 million. The movie opened in late 2019, so the earnings are not final - $ 72 million. But he still couldn't get anywhere near It and It Chapter Two, the first one earned $ 700 million, the second $ 470 million. He surrounded himself with a team with which he worked great. Cinematographer Michael Fimognari - The Haunting of The Hill House; music by The Newton Brothers - all projects by Mike Flanagan, from 2013 and the movie Oculus to this day. In addition to Ewan McGregor, he received the Swede Rebecca Ferguson-Sundstrom, which is now 'hot stuff'. Let's mention the movies she starred in: Girl on The Train; Mission Impossible - Fallout; The Greatest Showman. And soon we'll be watching her in high-budget project Dune. The stunning actress was nominated for the Villain of the Year Award at the Seattle Festival. Well deserved. The life paths of Mike Flanagan and Stephen King had to be touched once upon a time. Talented director Mike Flanagan was born in Salem, Massachusetts! One of King's first novels is Salem's Lot.

Just to mention, if you can't fall asleep, don't call Doctor Sleep for help. In the movie, Danny Torrance works for a while in a hospice. And he got the nickname for the comfort he gives to dying people.