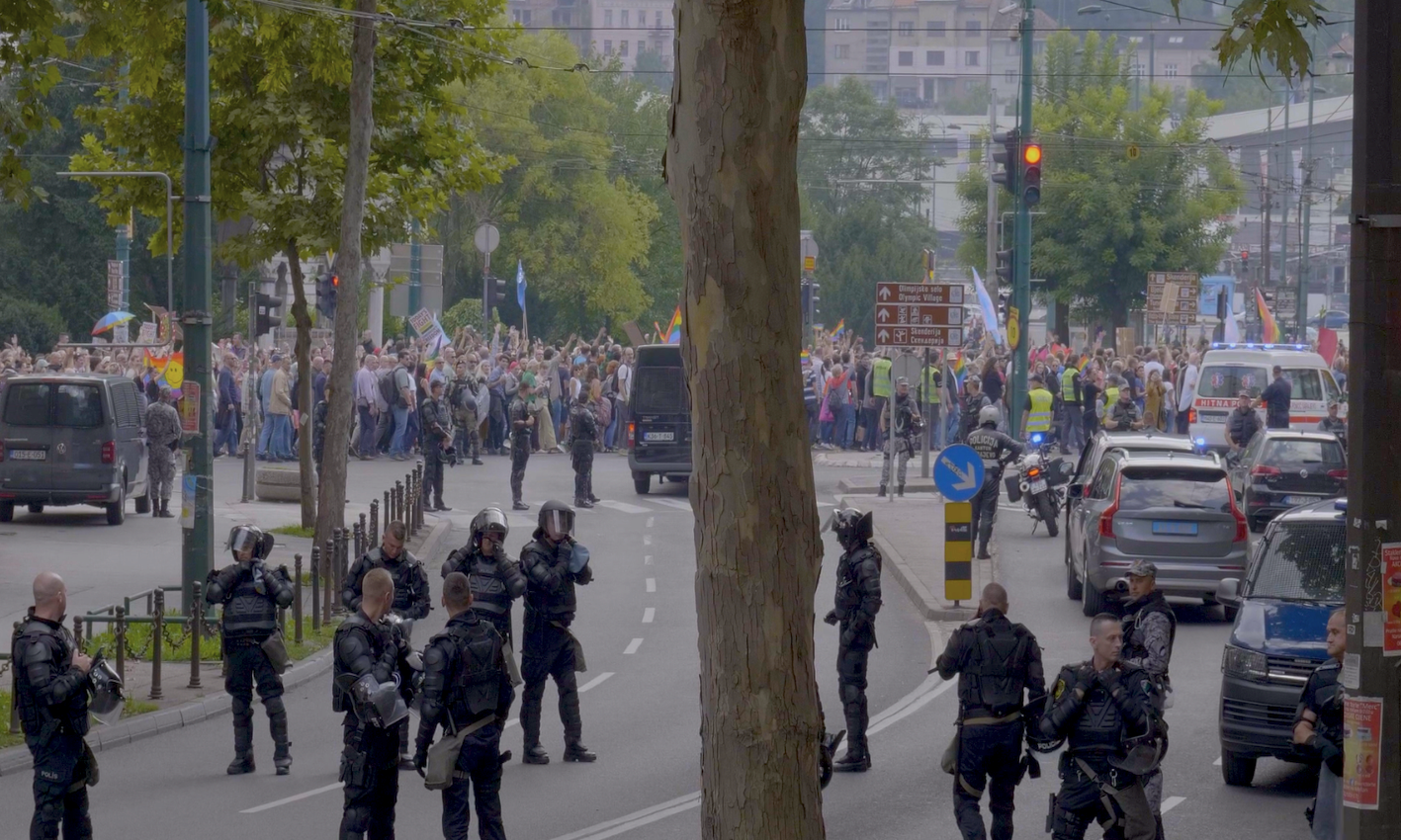 Let there be Colour - Rainbow colours and homemade variegation

We are good and tolerant people, people who killed each other, 25 years ago - says Ado Hasanović, a young Bosnian director with a Roman address, in his latest film Let there be colour. Hasanović is already known to the Bosnian audience for a short documentary and fiction films, which question the taboos in patriarchal and socially neglected Bosnia and Herzegovina.

Last year, he presented Nomophobia, at 25th Sarajevo Film Festival, a film whose plot, although set in Tuscany, is a universal story about the relationship between a mother and a teenage daughter, addicted to social networks. Hasanović's films are best known by traumatic stories of small BiH people. people in a post-transition society, which has never recovered from the war, but also carries the burden of stigma, prejudice and the need to constantly condemn everything it does not understand and fear.

When it comes to his latest work Let there be Colour Hasanović returns to the 26th edition of the Sarajevo Film Festival with the established BH. toponyms, but expands its register of terms, and talks about the first Pride Parade in Bosnia and Herzegovina. The young Bosnian actor Faris Pinho is to blame for the title of the film if someone is curious about it. Learning that a documentary about the Parade was being made, he dedicated a song of the same name to him, so that is how the title appeared.

It is certainly not the first film that talks about the problems of the LGBTQ community in Bosnia, nor is it the only one that talks about the first Pride Parade in BiH, but the specificity of Hasanović's narrative is that in less than sixteen minutes he seriously asks if we are ready for the first Parade. pride, and precisely dissects the attitude of Bosnians and Herzegovinians towards the LGBTQ population.

The title might sound very cheerful and reminiscent, might call out for a dance, like Pride in any city that celebrates love and tolerance does but this is way more optimistic than what we see over the course of the film. The director evokes feelings of sadness and pity in the viewer who constantly flirt with humour. Despite that, the author of the film states that the Parade still survived and gives hope for some other victories, because the Parade is both a political protest and an expression of resistance.

The film begins with shots of Bosnian village and a pasture where domestic animals graze and do not yoghurt, like a domicile farmer who burns ragweed and says how to destroy weeds that have never been there before and have now settled. After the village, the author goes down to the suburbs, and then to Sarajevo, and questions the views of the citizens on what should happen on Sunday, September 8. There is an obvious break between the worldview and religious attitudes in which Bosnians and Herzegovinians were raised, and what they feel intimate.

"It is tolerance and democracy, but I can't judge when it comes to my family "- says one man.

The film then shows a protest walk against the Pride Parade, as well as a view of the sky and a request for the Lord to give the rain on September 8th, which is unprecedented for this city, so that those who walk that day can run away. Here Hasanović makes a very interesting turn and stages the scene where the rain begins, after the end of the Parade. This further underscores his ironic deviation, since "rain calling" is a local pagan custom and should have nothing to do with Islam and Muslims minority that was against this event.

Let there be Colour is an extraordinary film not only about the Parade but also about Bosnia and Herzegovina. society, our attitudes and identities, and as such is an important document that testifies to the environment in which the First BH took place, a true event to be proud of.