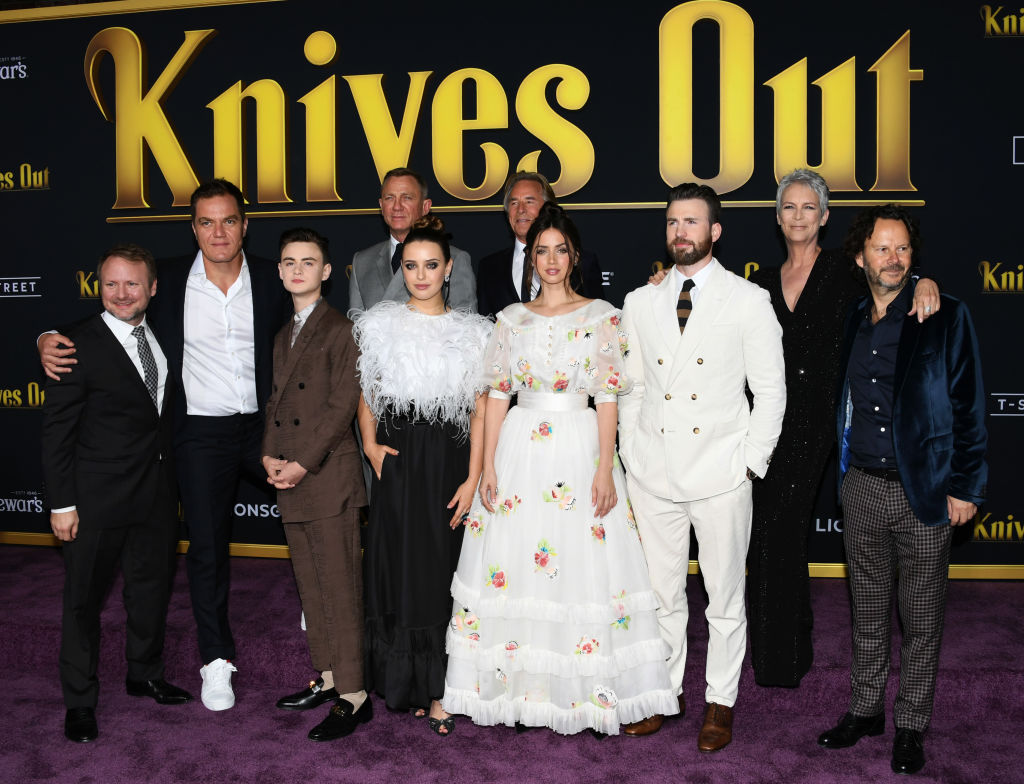 Knives Out is fun, but never misterious enough

A man is dead and suicide is presumed. Police come the next morning, as is the procedure, to question everybody present and confirm that the man did indeed take his own life. During the questioning, each family member calmly tells their story of the previous night – the deceased's 85th birthday, for which they gathered in his home.

At first, we do not notice a man sitting in the room. He makes his presence known by playing with piano keys and unnerving the person speaking, then proceeds to perform his own interrogation. His name is Benoit Blanc, a famous detective as we soon find out, who is hired in this case anonymously. Blanc soon exclaims: “I suspect foul play”,  and declares the death as murder.

The victim in question is Harlan Thrombey - played by Christopher Plummer - a famous author who achieved his status by writing murder mysteries. It doesn't take long to find out that his relationship with his children, in-laws and grandson Ransom - starring Chris Evans - is less than ideal and that some of them indeed had a motive to end his life. This is the start of the Cluedo game that is Knives Out, a take on the old-fashioned whodunnit tales, directed by Rian Johnson – famous for The Last Jedi and Looper.

Film’s first act is engaging, funny and charming. A gift to cinema that no Christmas release of the season can replace. The opening act of questioning leads us to the inner workings of the family, but also allows us to marvel in the performances of Jamie Lee Curtis – starring as Thrombey’s daughter Linda, Don Johson – playing her husband Richard, Michael Shannon as Trombey’s son Walt and Tony Collete as Joni, the wife of a deceased son. There is a great skill with which these actors play their quirky characters on the verge of caricatures, but never falling into the trap. Daniel Craig as Blanc is no less entertaining, especially with his southern drawl which, as incorrect as it may or may not be, is as fun as the entire performance.

The film soon focuses on Marta Cabrera, Thrombey’s nurse. She is played by Ana de Armas, a Cuban-Spanish actress who became famous in the US after starring in Blade Runner 2049 and who holds her own in this ensemble drama. The character of Marta is soon to be revealed as unable to lie, as she throws up when doing so – which makes Blanc interested in her as a way to get to the truth.

The missing piece in Knives Out remains the exciting part.

What follows is, in ways, a classic tale of finding the murderer. And the second act is where the film loses its magic. While the cast is excellent, some of the characters become expendable and are kept around just to fill in certain scenes, since it becomes clear they have no stake in the murder. Not only that, but while we may not know exactly how everything played out, we can assume pretty quickly who is involved in the crime and the film does not try to lead us off that trace.

Johnson, who is also the writer, found his influence in films that are “cheekily aware of the genre”, and wanted to make this one “darkly twisted”, as he mentions in a conversation with Mark Kermode on his podcast Kermode on Film. This is something he mostly succeeds in doing. With its quick dialogue and jokes that mostly land. While equally chilling, it is hard not to laugh when family members who supposedly love Marta as a family member cannot remember from which country she comes from and her status in this group is how Johnson tried to make this film relevant to this day and age.

But the missing piece in Knives Out remains the excitement of the guessing and second seconding ourselves and the detective. This film has a lot going for it, but it deprived itself of the gift of its cast and the possibilities to play with its story – focusing on the finish, but not working out how to play with our expectations along the way.