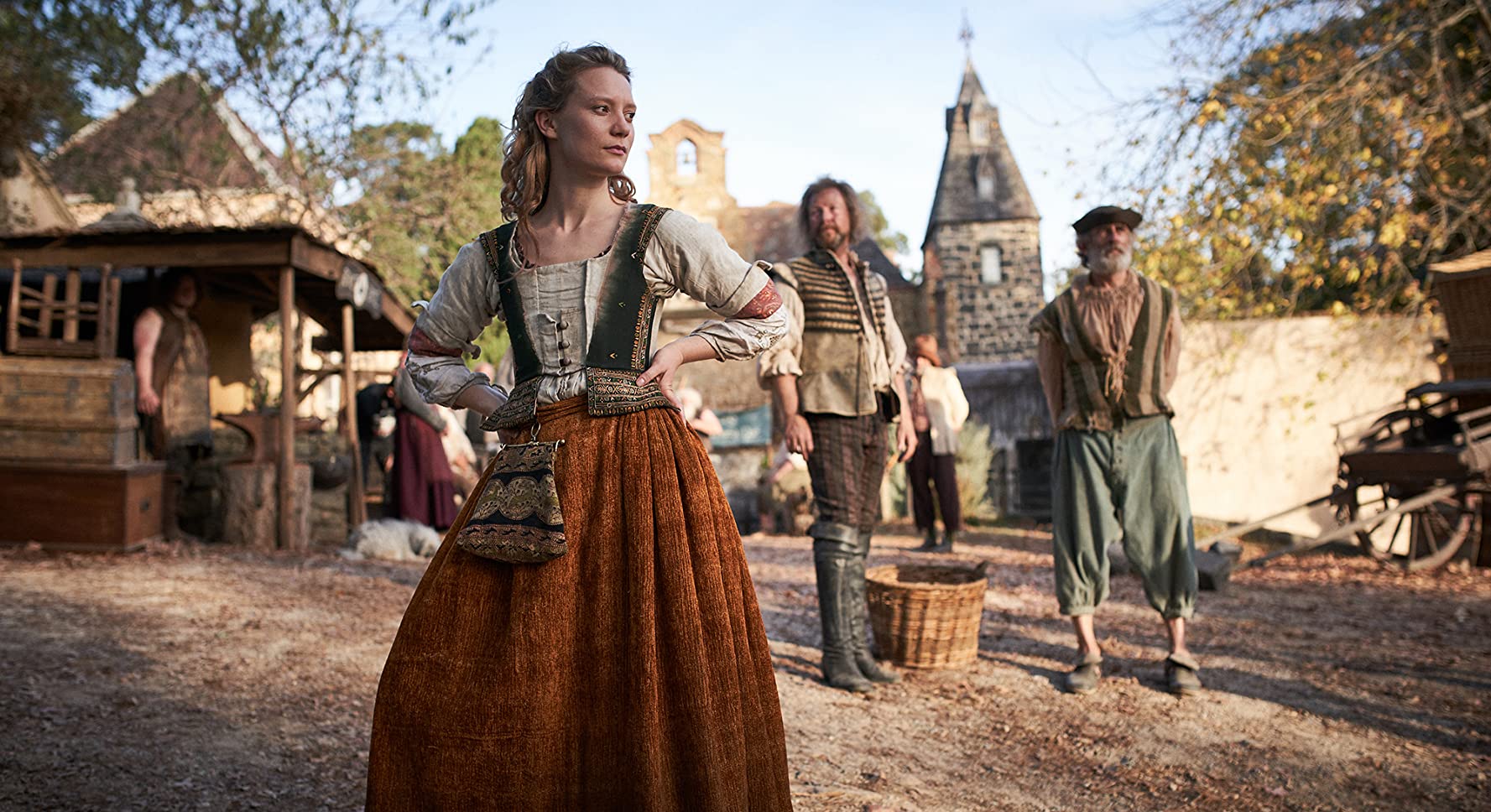 Judy & Punch - A dark fairy tale that premiered at Sundance!

Covid-19 caused an unprecedented drought in cinemas. Following the closure of cinemas around the world during the spring of 2020, the films available to cinema owners can be counted on their fingers. Judy & Punch is one of the films that unexpectedly got a chance in theatres, opening on April 24, 2020, in the USA. From 4.6.2020 it can be purchased through buy services worldwide. The debut work of the Australian director Mirrah Faulkes deserved to get a chance, for as many people as possible to watch it. It is not a blockbuster, which will be repeated on TV screens around the world for years. But it’s a good film anyway, with a solid cast and a great soundtrack by Francois Tetaza. The title Judy & Punch is taken from the medieval Italian Commedia dell'arte. More precisely from the grotesque puppet show, in which the main character is Punch, who beats everything on stage with a stick. And most of all his partner Judy.

Both on stage and in reality. Punch - Damon Herriman, is as he likes to claim for himself - 'the best puppeteer of his generation'. Of course not, but Punch is prone to drinking, he likes to think of himself as a great artist who never got a real chance on stage. And the scene is a small travelling puppet show, which he performs with his wife, the beautiful Judy - Mia Wasikowska, in the shops of the town of Seaside. In front of a crowd of ragged drunks and prostitutes, in a place that has nothing to do with the sea, just as Punch has nothing to do with art. After who knows how many times Punch breaks his promise and gets drunk, a terrible thing happens. Judy attacks Punch, who is beaten in a drunken rage. After dragging her body into the woods, Punch reports Judy's disappearance. But is Judy dead? No matter how small the chances of revenge, Judy will not give up. They will put everything at stake, in a city where you can be declared a witch even if you dreamily stare at the starry sky.

Mirrah Faulkes ’directorial debut is described as a black comedy. It’s neither a comedy nor is it exactly black. A dark fairy tale with an instructive ending, it would be more accurate. The plot of the film is set in the English province, 17th century. An ugly medieval town inhabited by ugly, ragged and evil people. Whoever is a little different, smarter, or simply a good man has a good chance of being declared a witch or a witch. The only entertainment of the conservative locals is the stoning of the so-called witches and the localization in the village pub. That's where Punch does great. By the way, people like Judy, dear and refined for the time, were banished and forced to hide in the woods. This is exactly the lesson of this dark, at times bloody fairy tale.

Diversity pays or must be hidden. The message is universal, but in the film, Mirrah Foulkes may have gone a step too far. The refugee camp in the woods is a pure neo-hippie commune. With the beautiful sounds of Cohen's Who By Fire, they live in harmony with fire and herbal preparations. Somehow that part of the film stands out from the rest of the ugly medieval everyday life. This thesis about good and evil, especially about the power of goodness, is overemphasized. Goodness in the Middle Ages is not a very familiar term, is it? Ignorance and religious stupidity are in stark contrast to the children of flowers living in a forest as in some modern suburb.

But in order not to overwhelm the director Faulkes' desire to defeat evil with goodness, the good things that this film offers should be emphasized. It is primarily the actor couple Wasikowska and Herriman. Just as they rehearse the puppets on stage, they get along as an acting couple. Wasikowska is a great choice for the role of Judy. An even better choice for the role of the antipathetic Punch- Damon Herriman. He did not play Charles Mason in vain, twice in the same year. And in the Mindhunter series, and then with Tarantino, he repeats the role of Manson in Once Upon A Time In Hollywood.

As for the set design, two things stand out. The first is that the budget of the film is modest. The second is that director Faulkes is talented enough to compensate for this with costume design, and the lack of money does not affect the overall impression. Seaside is a universal dirty medieval town, which the Australians did not have then. That’s why the plot of the film was moved to England, with Australian actors and an Australian director. It does not affect what is seen at all. I would even say that there is the charm, the Australian accent contributes to the universality of the film’s message. And that message is obvious and universal - Evil must kneel before Good. That's why the film is - a dark fantasy fairy tale. It could all go to some pronounced feminism, but one would even blink. A thug who separates and beats a woman, who takes revenge, who would resent? But Mirrah Faulknes skillfully avoided the trap and raised the message of the film to a much higher level.

The overall impression of the film is positive. The film is brutal at times, a replica of the time in which the action of the film takes place. At times he is positive and full of good energy. Mirrah Foulkes made a very good debut on the big screen. We hope that some inconsistencies (hippie commune in the medieval forest) will be corrected in the next film by the Australian actress and director. And to hear almost the whole beautiful song by Leonard Cohen - Who By Fire, in a film with a medieval theme is a brave and good move!