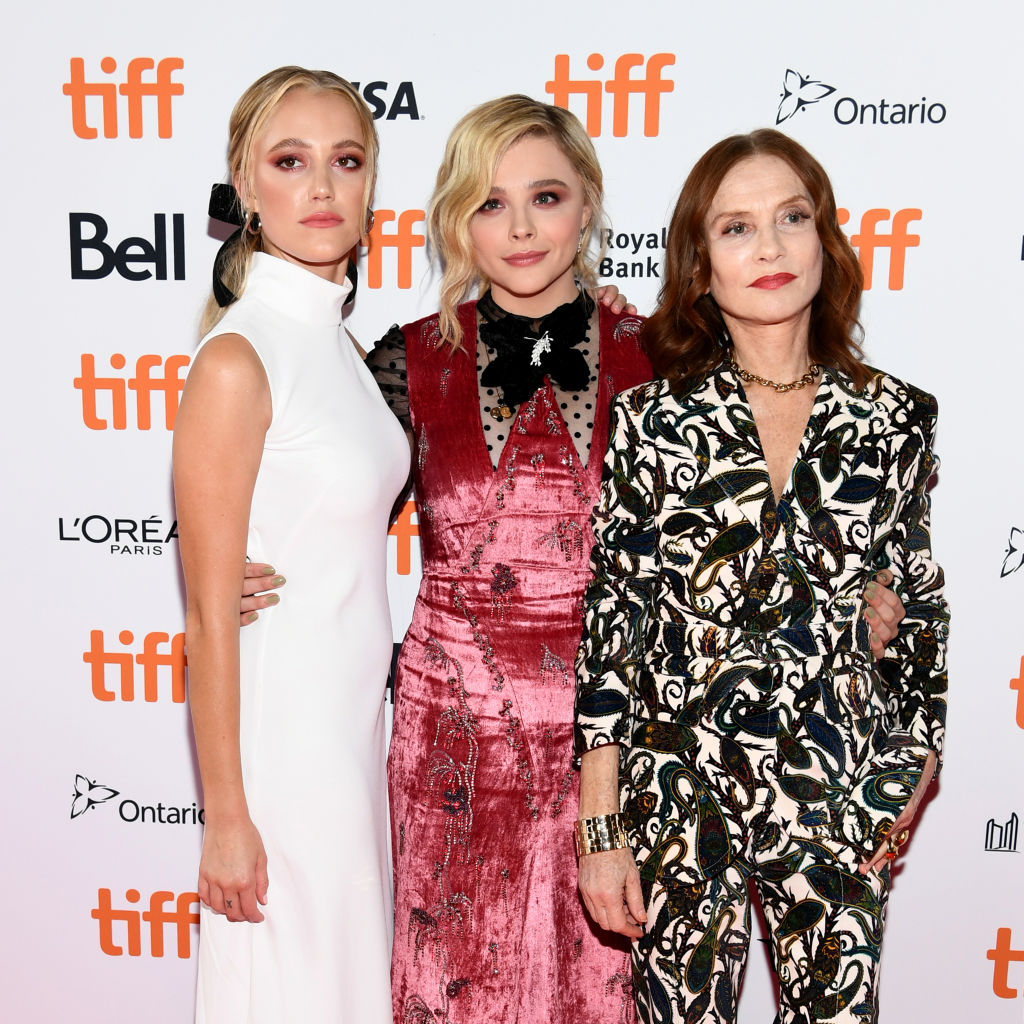 Jordan's another attempt to return to the paths of old glory.

Greta is a new movie by the most famous Irish director Neil Jordan. An Irishman who made the remarkable film The Crying Game in 1992, he can never return to the paths of old glory. His best movie years are long behind us. The Crying Game- 1992, Interview with the Vampire- 1994, Michael Collins- 1996 and The Butcher Boy- 1997. The award-winning and lauded Irish director in the New Millennium has not managed to reach the quality of the end of the 1990s. That would be roughly true for his new movie Greta- 2018.

Young waitress Frances - starring Chloe Grace Moretz - finds a woman's purse with written information in the underground. She returns her purse to Greta's, lonely widow - starring Isabelle Huppert - with whom she establishes a kind of empathetic bond. She feels sorry for the older lonely woman, but when she realizes that Greta is not exactly a harmless woman, she is eager for a company - it's too late. Greta doesn't give up, she Frances spies, and things soon go dramatically. Extremely bad for naive Frances, of course. Frances could never get out of hers clutches, all the more assertive and all the madly Greta, so he turned to the police for help. Of course, the police can't do much, but transfer the hot potatoes to the hospital. But when a person is crazy to such an extent as Greta, there are no boundaries that will not cross to do what she intended.

Greta's, lonely widow is not harmless at all. But by the time Frances realizes this, it is too late ...

As you can see from the summary, the situation with the stalker in this movie is the inverse of the usual sitation. He is neither male nor sexually motivated. Given that the author is Neil Jordan, it makes sense that the story is a bit more twisted than it was if the film was directed by someone else. For a movie to be successful, however, it takes more than author old glory. The only real value of the movie is the names behind or in front of the camera. Neil Jordan and the two main actresses in the movie. Isabelle Huppert, who is excellent in the role of the deranged lonely Greta. Young actress Chloe Grace Moretz is very good at her role as the naive Frances, so the two actually prevent the film from sinking into mediocrity.


The movie was acquired by Focus Pictures, known for selecting great films for distribution on the American territory. Neil Jordan's reputation and the fact that the Irish Film Board co-financed the shooting with €650,000 probably contributed to their decision to take the film for distribution. The movie lasts an average of 98 minutes and opened on May 28, 2019. The R-rated is as much expected as it may have contributed to the movie. It has no chance of attracting a younger audience, unknowingly to Neil Jordan's reputation. Not to mention Isabella Huppert. Name of Isabelle Huppert's for the young audience eyes which grew up with Isabelle Belle Swan - starring Kristen Stewart from the Twilight series - isn't worth the ink on the movie poster.