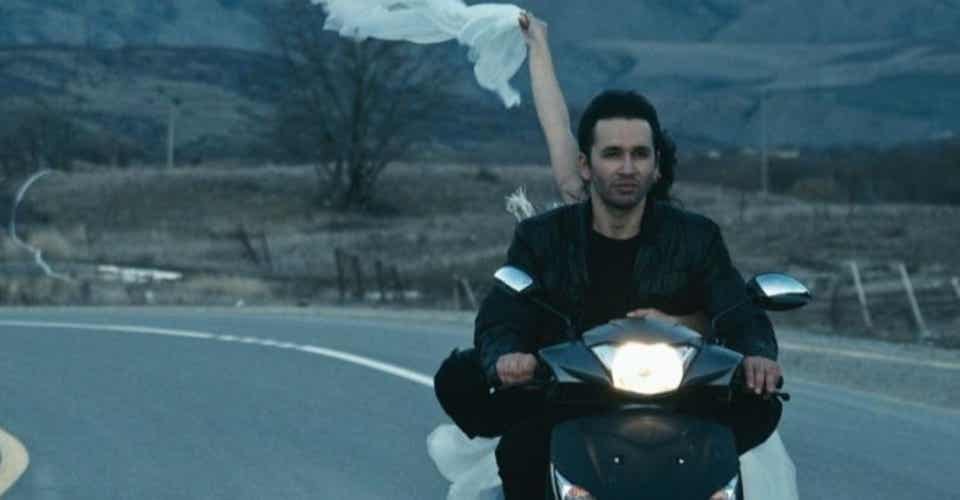 In Between Dying - The future of cinema is in Azerbaijan

This undeniable masterpiece will define the next decade of the 2020s.

As a film critic who watched myriad films, if by someone I was asked which countries would rise to prominence in the 2020s, I would say; Kosovo, Slovenia, Kazakhstan, and Azerbaijan. The filmmaker who convinced me about especially Azerbaijan was Hilal Baydarov. After being impressed by his great documentary "When the Persimmons Grew", I have been exposed to various Azerbaijani films, and when his latest, "In Between Dying" was selected for the Venice International Film Festival's Competition, I was delighted wholeheartedly. And now that I have witnessed it, I am in tears of tremendous emotion. This film is an undeniable masterpiece that will define the next decade of the 2020s.

The protagonist of the film is a young man named Davud (Orkhan Iskandarli). Every day he hopes to have a "real" family. However, he accidentally kills a man and becomes a hunted target. During the escape, he encounters a myriad of mysterious events. The landscape that unfolds in Davud's reluctant journey is full of breathtaking and preternatural beauty. Azerbaijani infinite wastelands are enveloped in a dark green nature, almost like the hue of darkness, that evokes awe in the viewer's heart. And its beauty is so tremendous that our retinas will be filled with the absolute sublimity.

We might describe this landscape as "moving, living tableau". For example, there is a scene in which the characters walk through an alabaster-white fog. They walk through the fog, spinning poetic words, and at the end, their bodies are completely covered in whiteness. But suddenly their shadows emerge fantastically. Then they exit from the fog and begin their journey again. Cinematographer Elshan Abbasov captures this landscape in a 5-minute long sequence to create "moving, living tableau".

But Davud's journey is a supremely strange one. If the journey begins with death, the journey is also accompanied by many deaths. Once again, he accidentally kills a man who incarcerate his daughter for 5 years and witnesses the murder of her husband by the woman who saved Davud. Still, he continues his journey, death appears again and again in front of him. Baydarov weaves a number of deaths with extreme easiness and audacity, by which we must be stunned drastically. But despite the audience's dismay, Davud's journey continues with a shower of absurdities.

In the midst of this absurdity, Davud's anguish deepens. He attempts to verbalize it through contemplative language, and therein is born a poem. In his inner world, there is a woman in black and a dirty white horse. While touching them, Davud confronts his poetic anguish, but instead of unraveling it, it turns into an even stranger labyrinth. However, there is even a subtle sense of humor in this film. There are men tracking Davud the criminal, but they can't catch up with him and are at a loss for what to do with the death he left behind. Some call languidly, others throw stones into the Azerbaijani wilderness. Their unfulfilled chase carries laughter in a dense absurdity.

I remember the excitement I felt when I saw his film "When the Persimmons Grew" a year ago. This film follows the director as he returns home and reunites with his mother. The rekindling of their relationship in the beautiful and lyrical landscapes struck a chord deep in me. And while many of his works, such as "Birthday" (2018) and "Nails in My Brain" (2020), have relied on poetic realism, the style of this film is a quantum leap into surrealism.

As mentioned above, the core of "In Between Dying" is a bold absurdity made up of numerous leaps and abbreviations. And repeated obsessively by Baydarov's hands, it is sublimated into epic mythology. And it is a myth of death. As a living creature, this film tries to decipher the concept of the death of which we are fundamentally afraid. That reckless creative bravery is what makes it a masterpiece.

This may be a bit of an exaggeration. But after watching this film, I feel the same way as the audience who saw the Lumière brothers' "The Arrival of a Train at La Ciotat Station" for the first time in 1896. The train is furiously approaching from the screen. Fearful of its unseen veracity, the audience flees the room. They saw their own deaths there. And I, too, saw my own death in "In Between Dying", and even now I can't control my trembling heart. With "In Between Dying", the 2020s have begun in the truest sense. This film will be one of the defining films of the next decade. And I am convinced that the future of cinema lies in Azerbaijan. 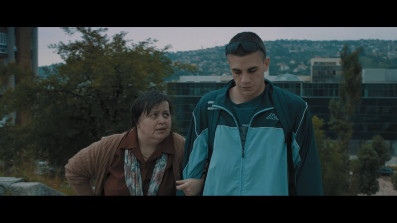 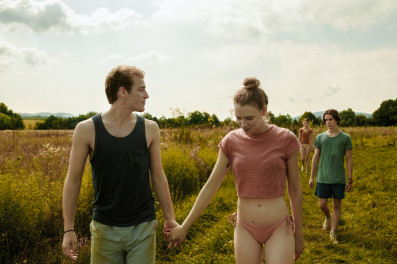 Don't Forget to Breathe - Depicts the deep relationship between brothers in a new perspective. By Duart News 17-09-2020 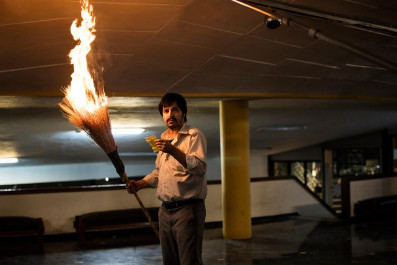 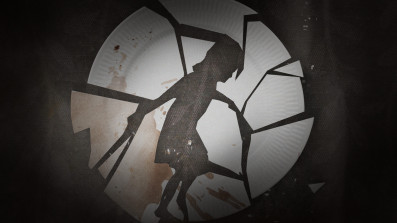