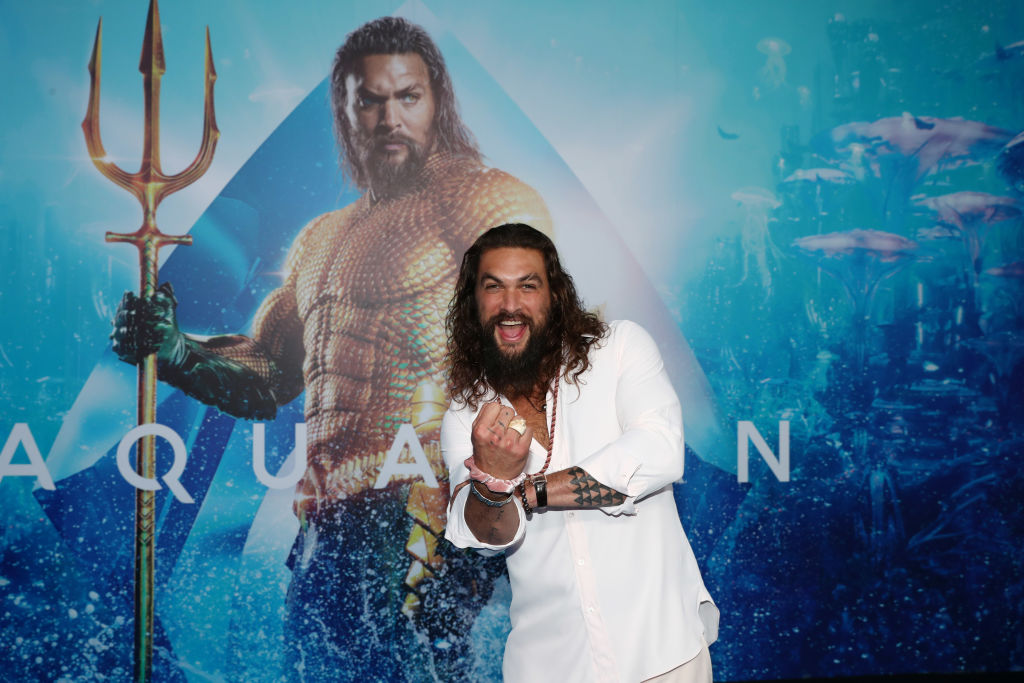 Aquaman - a story of success

Pushed by two of his classmates into a thick aquarium glass, a young boy named Arthur is trying to get free from their grip. Dark blue motions of a shark suddenly emerge, pounding the inner side of the pane, as if it is dying hard to protect the little one. Repeatedly the sound thunders, as the boy is set free by the stunned bullies and the unshared attention is set on the wide shot of aquarium pool, showing each and every inhabitant turning behind Arthur's back, emerging with this panel view in an almost warrior buzz. So is the Son of Atlantis, Aquaman, beckoned in our eyes in an environment that is his by birthright.

As Marvel's box-office surges come as no surprise, DC has had a bit of a rough patch ever since the Dark Knight times. With a keen exception of Wonder Woman's first-rate delivery (with a nod to the evergrowing MeToo movement), the story of Atlantis' ruler turned into a world-embracing phenomenon last year, becoming DCEU's highest-grossing installment. Why is this so?

Marking a turnaround in DC's aesthetic, Aquaman met the screen in lavishing cinematography filled with angle and light experimentation not often seen in a darkly, somewhat 1920s renditions known from Justice League or Batman vs Superman era. Notwithstanding frequent predictability of a  superhero script and its entangled fight reels (that do come much to swiftly and make sometimes the narrative difficult to evolve), James Wan as the director and Don Burgess on the photography side created a visual identity that was bent on displaying and exploring the duality of this lesser-known hero. As a child of a Queen Atlanna of Atlantis (Nicole Kidman) and a lighthouse keeper Thomas Curry, Arthur's life is shared between our ground and the depths that see him soar with inhuman speed. As the plot thickens, he must return and claim the throne against his step-brother King Orm. Helping him underway is a finely produced warrior character of Mera (Amber Heard) who took a good stand-in not being overshadowed by its male companion.

Taking a step back from the frequent pressure-tight comic universe of intertwined movie narratives, Aquaman offers no reference to Justice League or, indeed, any other DC movie made.  Thus this completely stand-alone origin story has been freed with the charisma of Jason Momoa coming perfectly together with is the fierce feisty attitude.

The foreseeable scripting aside, posing a question of Arthur's righteousness to rule is here in the double duty. It echoes his estrangement as he feels misplaced in both worlds. With a line of respectful duty in his actions, to see a man doubting his own abilities in the face of fame is a powerful move. This is a story of identity and loyalty thriving to be understood through the ancestry of an individual as well as the ultimate human one.  We do not see leads taking a step back from their adjective superhero self only to ponder on the duty towards others who will depend on them. Here, the doubt and the insecurity of this seemingly undefeatable mountain of a man is adding to the overall encouraging feel of the movie. The humanity of Aquaman is underlined and accentuated even as we realize this is probably one of the most overlooked characters of DCs.

Another valid point that script poignantly left a bit unsaid is the environmental damage done, portrayed briefly on several occasions and underplayed afterward. Last but surely not the least, the cast being led by Momoa could not go wrong. With the audience's wounds that did not heal from the premature death of his Khal Drogo, Momoa has found its acting spot behind unapproachable heroes, this time with a much sweeter end. His Guinness-loving, Icelandic-speaking and selfie-hating grunt is no joke anymore, what with the Hawaiian Haka played so heartily with his family members at the premiere or the way he famed the yellow-costume. Thus, the lead took the hearts of many, but Aquaman has marked a fresh start into what is hoped to be a more human approach into the super-business of comics.