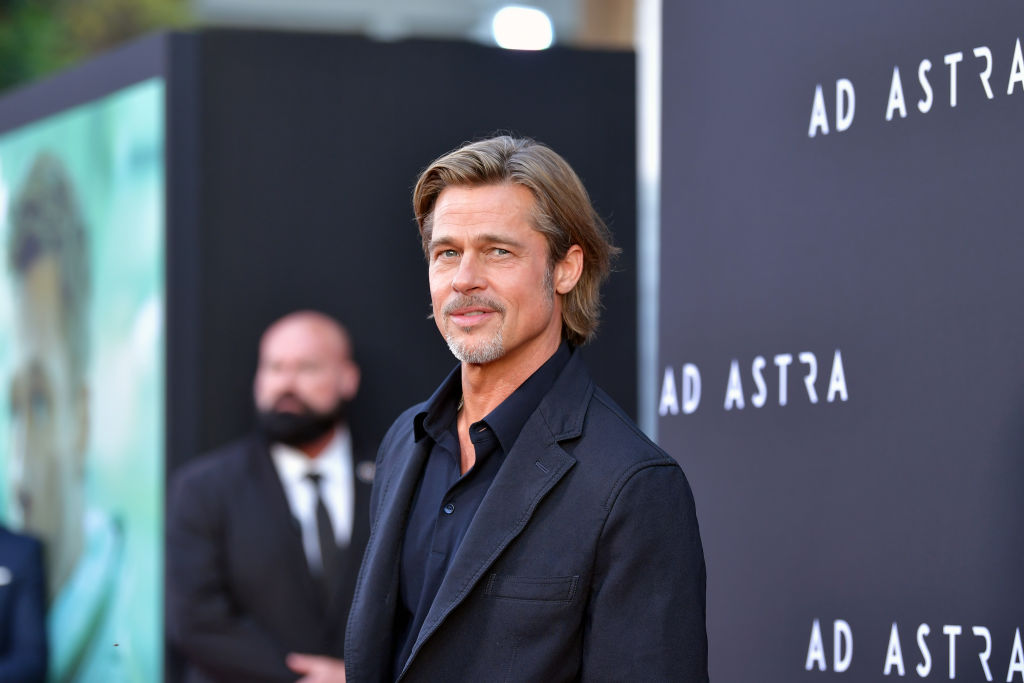 A lonely trip to the stars...

When Max Richter published Sleep tackling with 10Hz slow-wave and neuroscience of sleep in an eight-and-a-half hour recording, it felt like diving into an empty space with nothing but my pulse on a single breath. As the first credits on the last James Gray's piece Ad Astra rolled, it was no surprise to nod to this master of minimalistic genre as his sounds flowed in this visually striking space Odyssey.

Space is a seriously unwelcoming coping mechanism to deal with, what with the sombre depth of unexplored areas and the paradoxical non-terrestrial beauty, sublimely haunting with nearby lights of dying stars. However, Major Roy McBride (Brad Pitt's perhaps most controlled, taciturn execution) is following the footsteps of his father (Tommy Lee Jones played gallantly the cut-off sustained scientist eaten up by his own ideas) who has left on a mission over 20 years before disappearing in the great overhead void as the mission Lima continued under dubious pretences. When unexpected power surges stir havoc globally, prompted by antimatter reactions send from deep space, Roy is rushed into his spacesuit with a simple memo-to record and send a message to his father, believed to be in Neptune's orbit.

Gray's milieu grew within sturdy encapsulated personal stories of outcasts, family members set in a gradually declining street environment or a love triangle ending with a sombre note of unconsoled grief. Several collaborations with Joaquin Phoenix - from The Immigrant, We Own The Night, Two Lovers - showcased an emotionally raw dichotomy, a growing distance stemming from the conflict of inner and outer perspective, the issue of an individual unable to flinch themselves away from the world's harm or the menacing tenure of a disheartened crime lord. The poetry of Gray's cinema is brusque at times, convincing in its emotional consciousness - aided mostly by Phoenix's levelled performance - within carefully constructed visual compositions. His penultimate work with Pitt, The Lost City of Z, is perhaps the closest to Ad Astra's heavenly search for answers. The investigating work here for a different type of explorer is the severed link with his father, whose presence is theatrically amplified in the echoes of Roy's colleagues.

Pitt's acting gives a  more unapproachable character than we have used to see. Roy's undemonstrative emotional responses end in his eyes and the inner narrative we follow. He is shown often taking a psychological test before reporting for duty, stating matter of factly his 80 BPS which stays under control ever after recounting losing some of the team members. This crude, dutiful portrait of a man has the work ethic installed early in the childhood by McBride Senior, that turns into a moulding matter and protection over the decades. Space, with its articulate vastness growing stronger mirrors Roy's estrangement from his kin, stepping in as transference to the detached, reserved display.

The resplendent tones that we grew familiar to with the likes of Interstellar and Dunkirk are to be well-met here with Hoyte Van Hoytema, the same cinematographer issuing deep space lustre in hauntingly striking images. The movie uses the sensory experience more dutifully as the perspective is distorted and patterns change. The influence of silence minimizes to a high degree our pity, buffering the actions into an emotionally barren state. However, the rhythm or lack thereof, a certain state of going backwards with the scene progression, tapping in the same spot when it comes to putting up a notch in dynamic make the movie arguably subdued. While it plays well to Roy, fighting fire with fire has rarely been a good option, and that might turn viewers off if they are used to a more speedily executed missionary treatment.

Roy is presented also with a Terrence Mallick state of persona monologue treatment as his statements on solitude, regret and disappointments brought upon loved ones (one has to remember a more generous treatment of Liv Tyler in Armageddon all those years ago, what with her being almost a glimpse into Roy's more convalescent self) follow between the action takes. Intertwined with a highly saturated flash from childhood (admirers of Occasionally, as I moved, I saw brief glimpses of Beauty will appreciate it surely) it gives Astra an introspective finish it deserves.

Set in the "foreseeable future" with regular Moon school trips, Ad Astra touches upon the singularity of our human behaviour when it comes to any kind of space conquered. Everything is used in a manner so unwelcoming that it soon turns sour and barren. With the rare action scene including space pirates and an oddly captivating horror of an animal in a ship, we might be warned of our own way of abuse. Astra is if anything, a movie about compassion, something we might exercise truer when it comes to our only planet in command, as we step into the night that is the second decade of the millennium.