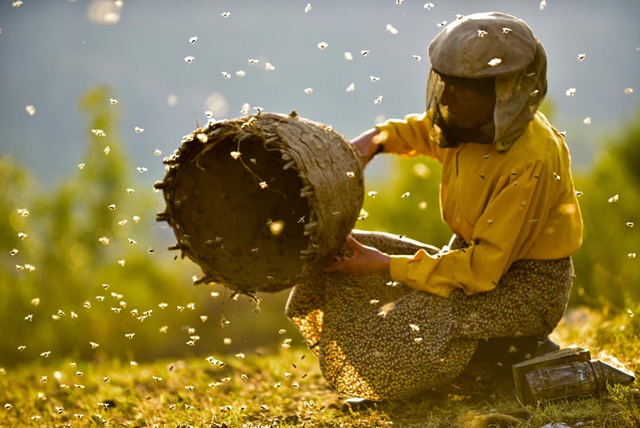 Macedonian film “Honeyland” in the race for Oscar in two categories

After 25 years, Macedonian movie is in the race for two Oscars!

One year ago the documentary Honeyland from North Macedonia was absolutely winner of Sundance film festival, it won a festival’s top prizes (World Cinema Grand Jury Prize, World Cinema Grand jury award for cinematography and World cinema documentary special jury award for impact for change), а year after first prizes, a documentary about Macedonian beekeeper’s, entered a race for Oscar and it has been nominated in two categories, for Documentary Feature Film and for International Feature Film.

The environmental documentary, shot over a period of three years, tells the story of an old woman who relies on ancient beekeeping traditions to cultivate honey in the mountains of North Macedonia.

Directors Tamara Kotevska and Ljubomir Stefanov expressed their gratitude toward the members of the Academy because they named the film as “material worthy of an Oscar.
"Through the woman whom we met by chance, the story was opened to the world - an allegory of a global image where the human and the natural are struggling to survive," the official team behind Honeyland wrote on the movie's official Facebook page.