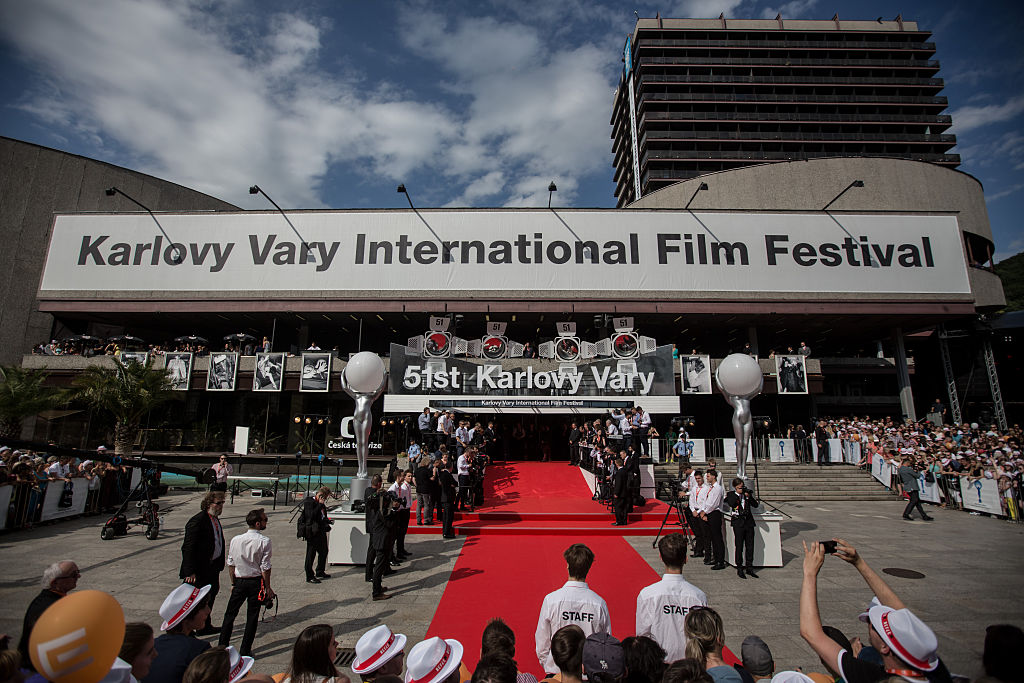 An ode to toxic relationships

Sounds of the street and a view through a large store window, covered with a sunblind. A figure of a worried and exhausted woman in her early 30's is noticeable. While she is cutting a hair to an older man her thoughts are obviously miles away. Suddenly her co-worker approaches from her back, tell her something, so the hairdresser looks straight out through a window, toward her observer. The cold, minimalistic opening of Damjan Kozole's 11th feature-length film "Half-sister" brings an uncommon mixture of feelings. Common but still disturbing might be the words that are best describing the opening as well as this slice-of-life film in general.

A gloomy hairdresser is Irena - starring film's co-writer Urška Menart- and she is going through an emotionally tough divorce from her husband Brane - starring Jurij Drevenšek. As she has left the apartment the two were living in, Irena is on a search for an affordable apartment in the expensive Slovenian capital Ljubljana. During a short visit to her hometown, coastal city of Isola, she runs into her younger half-sister Neža - starring Liza Marijina - that is also seeking an apartment in Ljubljana, where she is planning to finish her studies. Even though the two never previously got along and that they have the polar-opposites character, rather troublesome life situations require them to become flat-mates.

Director Kozole has never in his more than 3 decade-long career strained away from talking about complex societal issues. When we take into account to that, a bit more of focus on documentary work in the past decade, the formula for a slow-burning slice of life piece "Half-Sister" becomes clear.

Shot in a rather documentarists way, the film manages to evade any kind of unnatural, forced action for the sake of engaging viewers. Instead of it, Kozole highly relies on the script, constructed mostly from simple everyday long-lasting conversations that are slowly revealing way bigger issues than just character differences between the two half-siblings.

What might at the beginning of the film seem like a sister rivalry, just the common smaller issue, over the 105 minutes of the film unveils to be misogyny that taps is energy from a common traditionalistic set of values that are still living on in today's Slovene society. During the first act, Irena is getting trampled by her Slovene mother that she shouldn't end her marriage, on one side, and on the other Neža is being "bullied" by some local girls just because she is different (a short-haired, high tempered vegan with Albanian mother).

The same set of conservative values has thought this two women to act in different ways, and as we see in the film, the older sister is holding in the pain and thoughts within herself, hiding her true self and her issues, so she can stay good and honourable while the younger one is reacting explosively to every situation, just because whatever she achieves in her life will not be enough for the society that will always see her as "filthy blooded".

Director Kozole confronts us with this in the end even with secondary characters, the father of two sisters, the one who is in a way a person that created the trouble and a rivalry between them in a first place, as well as Irena's husband, that manages to be the catalyst for this story. Brane, the guy who looks like a common friendly neighbour, a good husband and decent, proud Slovene, actually is the stalker, control freak and cruel primitive man that abuses his wife, because of his privileged position in society (he is true Slovene, he is male etc.).

Overall Half-sister is a tough film that asks its audience for patience and concentration while it is presenting gruesome, slow and painful realistic societal images. It is a piece of work that in the end doesn't give up false hopes or promises but rather it tries to open up the eyes of viewers to the issue that is unfairly neglected.

NB: Half-sister premiered at this years edition of Karlovy Vary International Film Festival where it was nominated for the Crystal Globe for the best film.