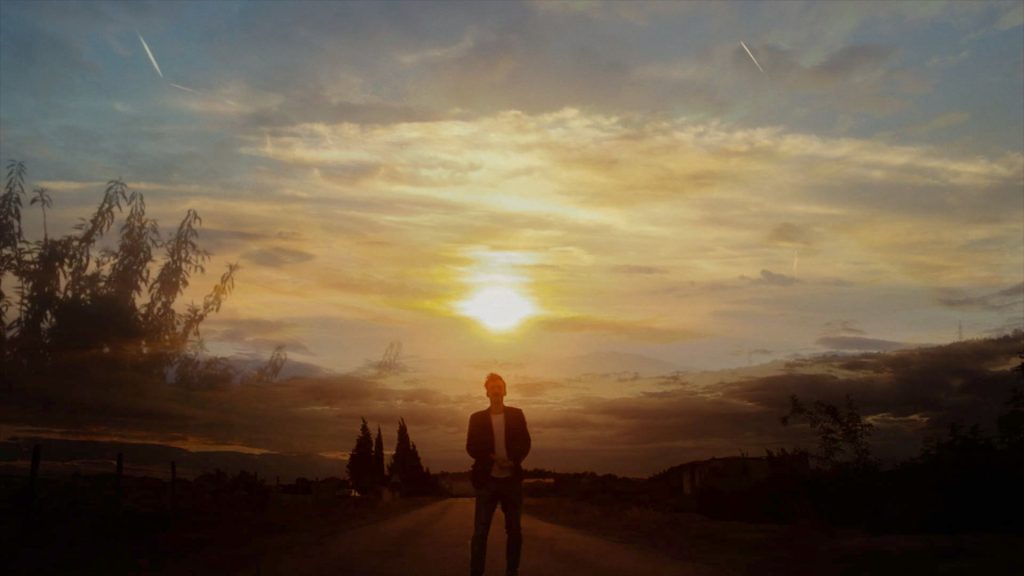 Minotaur - review: To get lost in the labyrinth of filmmakers thoughts...

.The camera covers half of the young man's face. Blink, the camera zooms in and after another blink zooms out, to reveal that everything that was recorded is a reflection in the mirror. The young man, the camera, the reflection, in one of the introductory moments, are just describing the very core of the experimental film Minotaur by the Bosnian-Herzegovinian director Zulfikar Filandra. What follows in the next 63 minutes is an intentional wandering through the mazes of camera-captured memories.

With his feature debut, Filandra sums up 15 years of his work behind the camera, from the beginnings that more or less arose out of curiosity, and raw love for film, through moments in which he learns the art of film creation, his early works, to the point where his knowledge and skills currently are.

Memories and reflections are not uncommon phenomena that young filmmakers explore, even more so, in the last decade, these have largely become a trend as well for absolute amateurs. So let's say today anyone can download the 1-second everyday app to their mobile phone, make a one-second video diary every day and after a certain time export it to their experimental film work. Yet the difference between such projects and what the Minotaur lies in potential viewers ability to see and understand what is in from of them.

Unlike countless subjective projects that quite often no one but the author can understand, Filandra's work, although it requires from the viewer strict and dedicated attention for an hour, rewards precisely in its accessibility, the ability to be understood by each individual viewer. Maybe that's why this is a work that should be recommended to the young cinephiles who are thinking of turning their love into a life vocation/profession.

With his work, Filandra reveals his private side of life, love and friendship, as well as learning processes, preparations for student films, works he prepared after graduating from the Academy, but also for those who become familiar with his work, projects that never they did not realize. This is perhaps the greatest strength of this film, the essence and cruel honesty towards oneself and the readiness to show the world, both the ups and downs that, normally, life inflicts on each of us.

It is certainly worth mentioning that the Minotaur manages to remain accessible to absolute laymen in non-commercial, non-narrative films today. This mostly stems from new habits, which we have all acquired in the past decade using social networks. Although Filandra is constantly bombarding us with new visual content, it keeps our attention with an audio background that makes a great transition between what we see. On top of all that, the author skillfully slows down and speeds up the rhythm of what is in front of us so static or slow shots of the environment allow us to reflect and think on what is seen. Filandra is aware, to some extent, of what his work reminds us of, and this is best shown by the shots in which he abysmally and endlessly scrolls through his Facebook feed,  a series of photos.

In Bosnia and Herzegovina, where the opportunity to work on the film is extremely small and mostly funding and support are directed to commercial works that will be either audience pleasers that are essentially very shallow and superficial stories that suit the local mentality or award winners that are sucking on melancholy, to show the European and world public the harsh reality of the Balkans, it is nice to see that there are young authors interested in offering something new and different, bold enough to try themselves in forms and formats that are rare and underappreciated. Because it is precisely such authors who have the best potential to bring something valuable to regional film history tomorrow.